Posy is a small cat with a large set of vocal chords and a lot to say.  In other words, she has a big mouth. 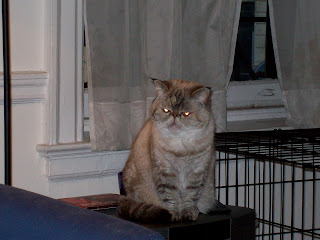 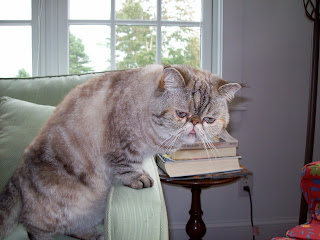 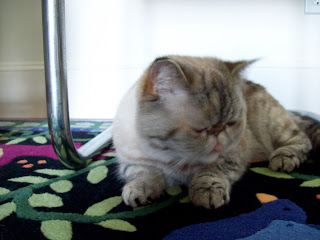 Such constant cat arias can get a wee bit tiresome on occasion. 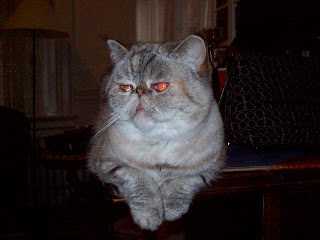 Plus, she has a very LOUD voice for such a little cat.  Plum is 14 pounds and stocky like a British Shorthair should be; despite his size, however, he has what my friend, Elisabeth, once described her cat as having--and that is "a girlish meow."  Plum definitely has a girlish meow, except for in the middle of the night when it seems less "girlish" and more shrill.  Posy is about 5.5 pounds, yet she uses two settings when she speaks:  loud and louder. 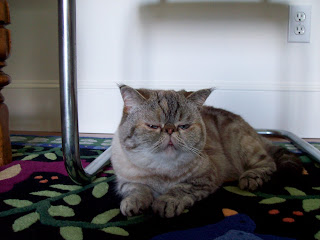 She will also get even louder if she thinks you aren't paying attention, or if she is carrying her favorite ball around.  If she has her ball in her mouth, she projects her voice in such a way that it sounds like it is being broadcast between your ears.

In short, Posy caterwauls; she rings in all the hours; she is woman, hear her roar. 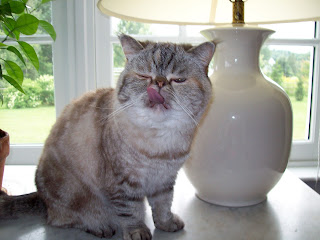 Posted by Elizabeth at 5:51 PM