A Dorothy of Your Very Own

I am sure that after reading this blog, you often sigh and say to yourself:  "Oh, if I could only have a Dorothy of my very own!"

For Dorothy's Aunt Dharma and big brother Dozer are having puppies that are due on December 2nd!  And Dorothy's parents, Nancy and Grimm, may also have puppies on the way.  You could own the second prettiest bulldogge in the world!

I mean, look at these pictures below.  How could you resist?! 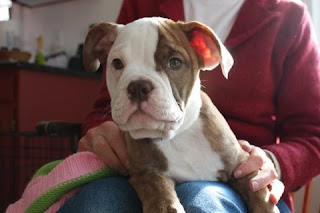 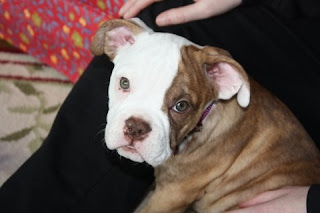 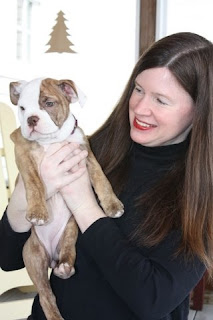 Sure, there are times when Dorothy is lying on her back on the sidewalk several blocks from home and refusing to budge, when I think I should have adopted a chihuahua instead--something tuckable under the arm--but in general, Dorothy is a smart, loving, healthy, and beautiful dogge, and my experience adopting her from Jess at Wicked Good Bulldogges was 100% positive.

Just this morning, I was told by a passer-by that Dorothy was the most beautiful bulldog she had ever seen--and such comments happen almost daily.