We had a lovely Thanksgiving dinner for two this year....two humans, that is.  There were three four-legged creatures lurking about, two of whom showed much interest in helping cook the turkey.  Every time Sean opened the oven door to do a little basting, I had to hold Dorothy and Plum back from reaching their snouts near the bird and sampling the wares.  As the time for eating was nigh, Plum was practically pacing back and forth in front of the oven door; and Dorothy at one point saw her reflection in the oven window, and as you can imagine, it was love at first sight.

While we ate, we had a hard time keeping them off the table:


Dorothy, wondering if we know that bulldogges love turkey? 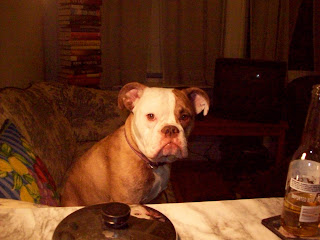 Dorothy just can't bear looking to see if Plum was given turkey: 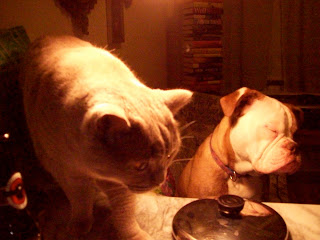 Posy, wondering if we have buttercream frosting somewhere on our plates--
for what is a feast without it?: 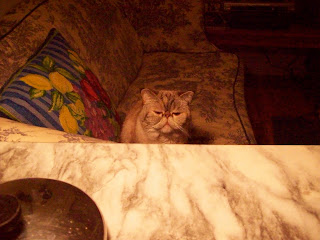 Posy actually spent the entire day completely uninterested in the goings-on in the kitchen, and I in fact had to carry her away from this spot in the bedroom to see if she wanted to eat her normal meal: 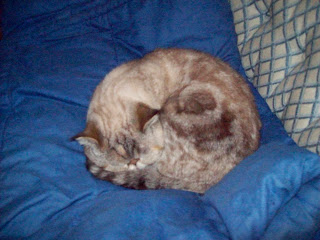 Plum was finally given a tiny taste of turkey and gravy.  Here he is in the midst of his subsequent tryptophan food coma: 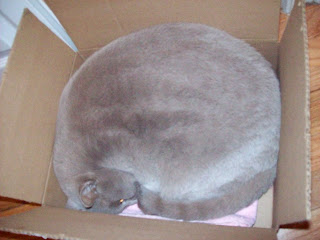 Considering that my kitchen has only one 18 inch by 18 inch square of counterspace, our many-course feast was quite an accomplishment.  And for once, I made a cheesecake that turned out perfectly (a pumpkin cheesecake with a ginger cookie crust and candied pumpkin seeds sprinkled on top.  Yum).

And I'll leave you with a few thematic pictures that capture the essence of the holiday: 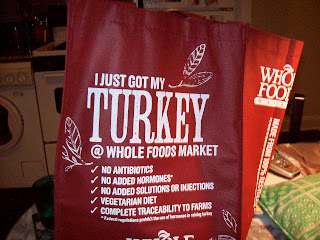 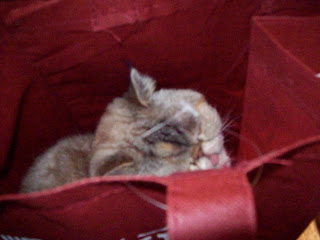 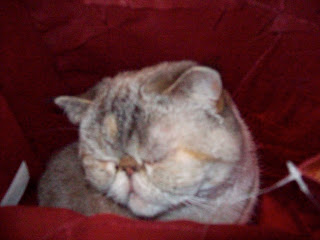 Indeed.
Posted by Elizabeth at 6:20 PM

Email ThisBlogThis!Share to TwitterShare to FacebookShare to Pinterest
Labels: Thanksgiving