The Sea Barked Back

The other day Dorothy took her first trip to the sea.  We took a route that ended up on the rocks above the ocean, so there wasn't any wading or swimming or anything like that.  Just fine views: 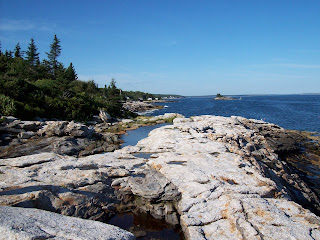 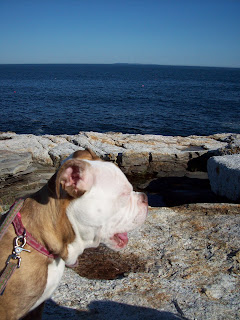 And then the sea barked back.

A few days later we walked on a forest trail that ended by another bit of rocky shore.  She gave a half-hearted little chase of a wave as it retreated, and then took a few steps back when its brethren arrived on its heels.  And then she was ready to return to the forest trail, which she zoomed down like a mountain bike with thick tires.

She has yet to really wade or swim or even get all four paws wet at the same time, let alone ankles and legs.  But she just might be a swimming bulldogge yet!

Posted by Elizabeth at 3:19 PM