Getting Z's and D's

Both of my cats enjoy going on vacation.  For a few weeks they get a respite from a small-ish, sunless apartment, and instead have a house to run around in, stairs to go up and down, a screened-in sunporch in which they can pretend they are out of doors, and sunbeams everywhere!  Within a few minutes after arriving in Maine, both cats were out on the porch feeling intrepid: 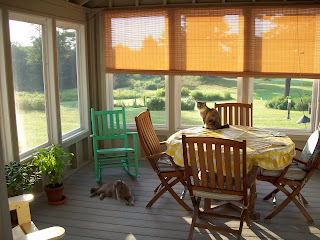 If the weather is nice, chances are both cats can be found either curled up on a chair or lying in a sunbeam.  Posy especially enjoys a favorite sunbeam on the sunporch.  She likes its warmth, and when she starts to feel feisty, she can attack the rungs of the chairs (apparently, they are impudent rungs and mock her to the point where they deserve fangs and claws).

Here is Posy, a fierce tigress, in her favorite spot: 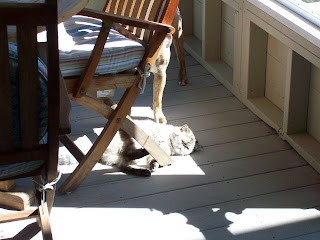 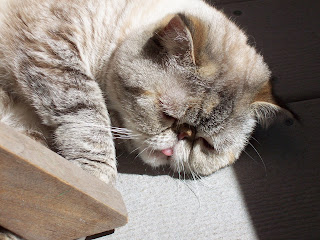 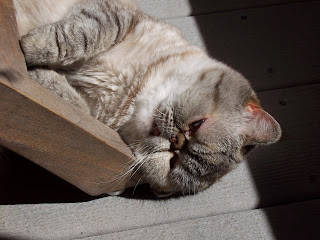 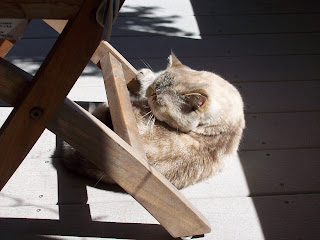 And Dorothy, too, is learning the joys of getting her vitamin D's in a sunbeam: 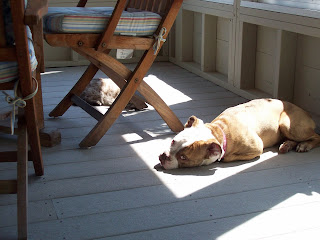