Owen is very fond of the Peppa Pig cartoon.  He also likes to make the oinking/grunting sound that Peppa and her family make, and he is quite good at it.  The boy oinks like a pro.  Unfortunately, when he was at Whole Foods with Sean not too long ago, he oinked at a fellow shopper, who, Sean informs me, was rather pinkish in color.  Thankfully, Sean is pretty sure that the woman did not hear Owen’s oinking. 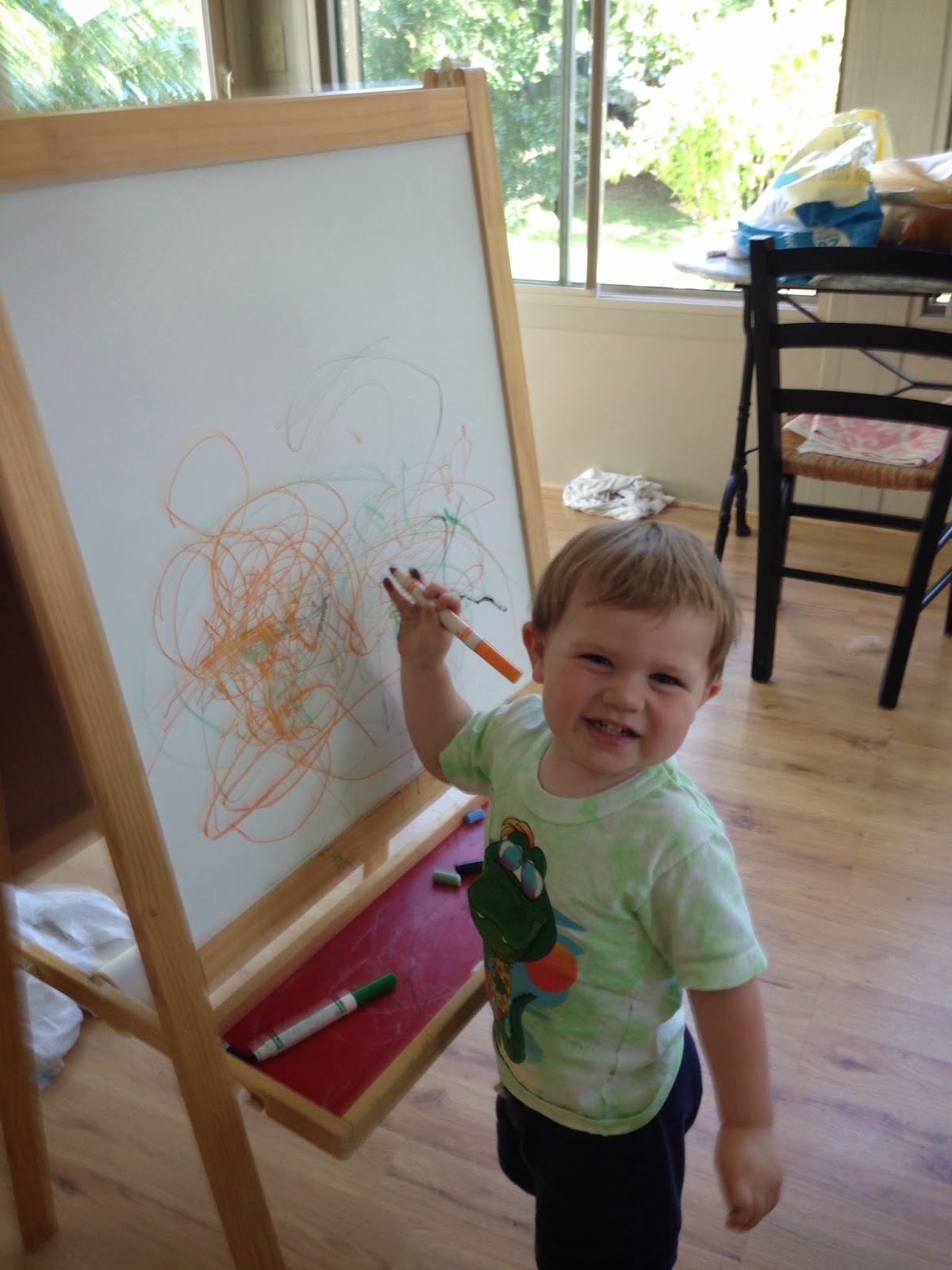 And while I am on the subject of Owen out and about with Sean, can I hear a boo hiss for all the credit Sean gets from strangers for taking his son on errands?  People see a man with a baby and act like it’s the cutest thing ever, whereas when they see a toddler with a mother, it is just ordinary.  I’m glad Sean takes Owen out and about, don’t get me wrong, and he does so more than I do, but sometimes I have to roll my eyes at the kudos he receives in the check-out line.

Owen is talking so much more these days.  He says “thank you” now, and instead of just taking my hand and trying to pull me someplace, he will take my hand and with great effort enunciate a “Help” (which is more like a hhhhalllp.)  If he sees a mess on the ground, he will also say, “paper towel!” and run and get one to clean it up.  He can still be a little unclear as to when he should say thank you though.  For example, he was supposed to be sharing a toy rake with his friend, Guiliana, and when it was just a few seconds into Guiliana's turn, Owen grabbed the rake back and said, "thank you."  Oh dear.

One of Owen’s favorite things to do is walk up to the nearby bus stop and sit and watch the traffic go by.  Of course, he gets excited when what passes is a bus or a truck 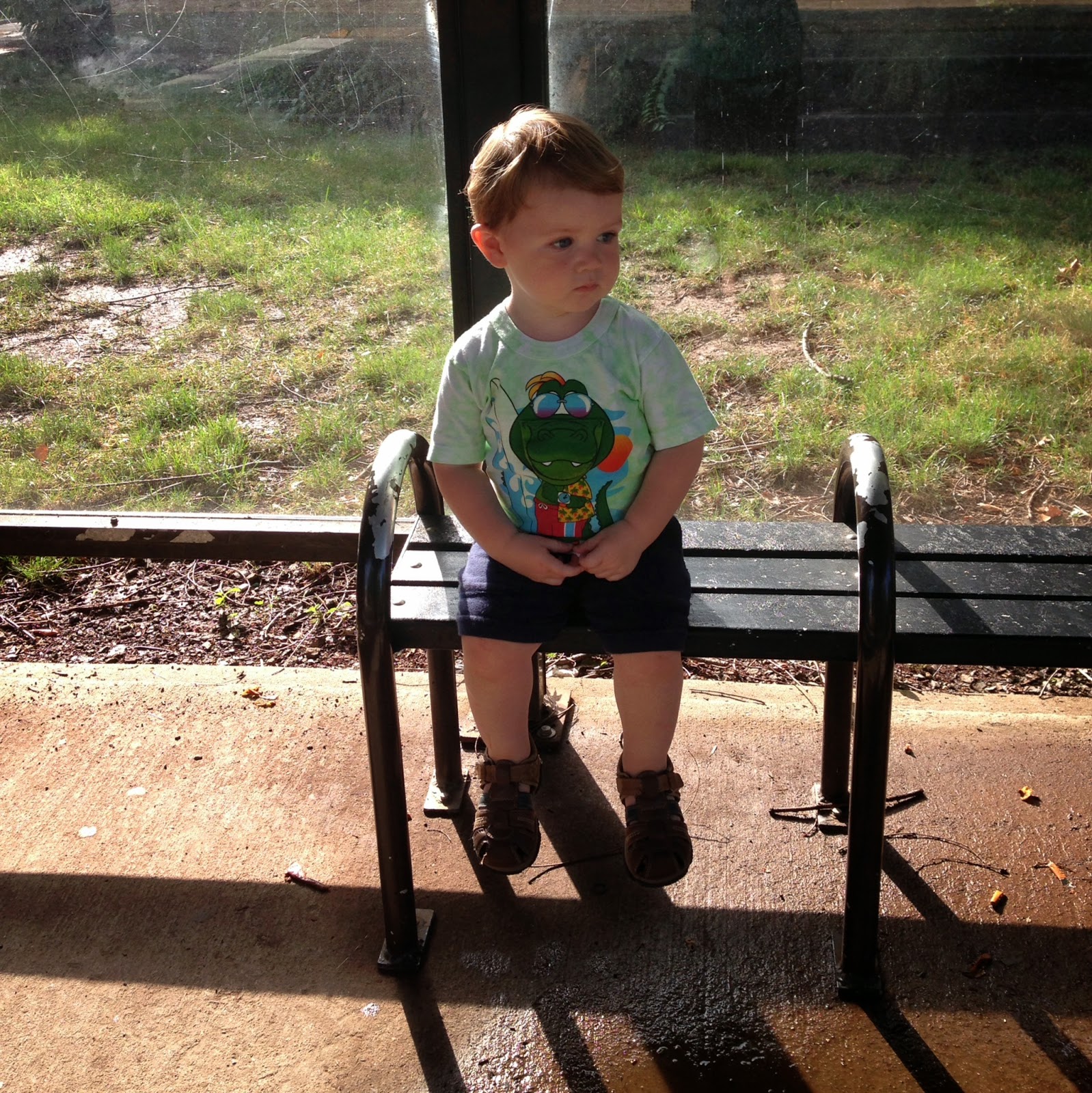 He watches a show called “Wheels on the Bus” (or something like that), during which they sing the song often.  It is all a group of people and puppets on a bus and they go different places.  There’s also singing and the occasional dance.  During one song, I’m told, Owen will join in and sing the whole thing, with a very heartfelt expression on his face.  I have yet to witness it myself, although the thought of it makes me giggle.  He also does a lot of singing with Sean in the “cooldown” period before bed.

Owen’s birthday is coming up and we’ve been trying to hype up the concept, since he doesn’t really know what a birthday is.  I tell him he is going to be two, and that we will sing Happy Birthday to him and he will have to blow out the candles.  I usually start singing him the song, only to be interrupted by Owen asking, “Cake?”  Yes, son, there will be cake.

Posted by Elizabeth at 9:42 PM

Cake? He is his mother's son.