We have an Ikea circus tent that is usually in our attic, but that was brought downstairs for a play session not too long ago, and of course, Plum had to try it out: 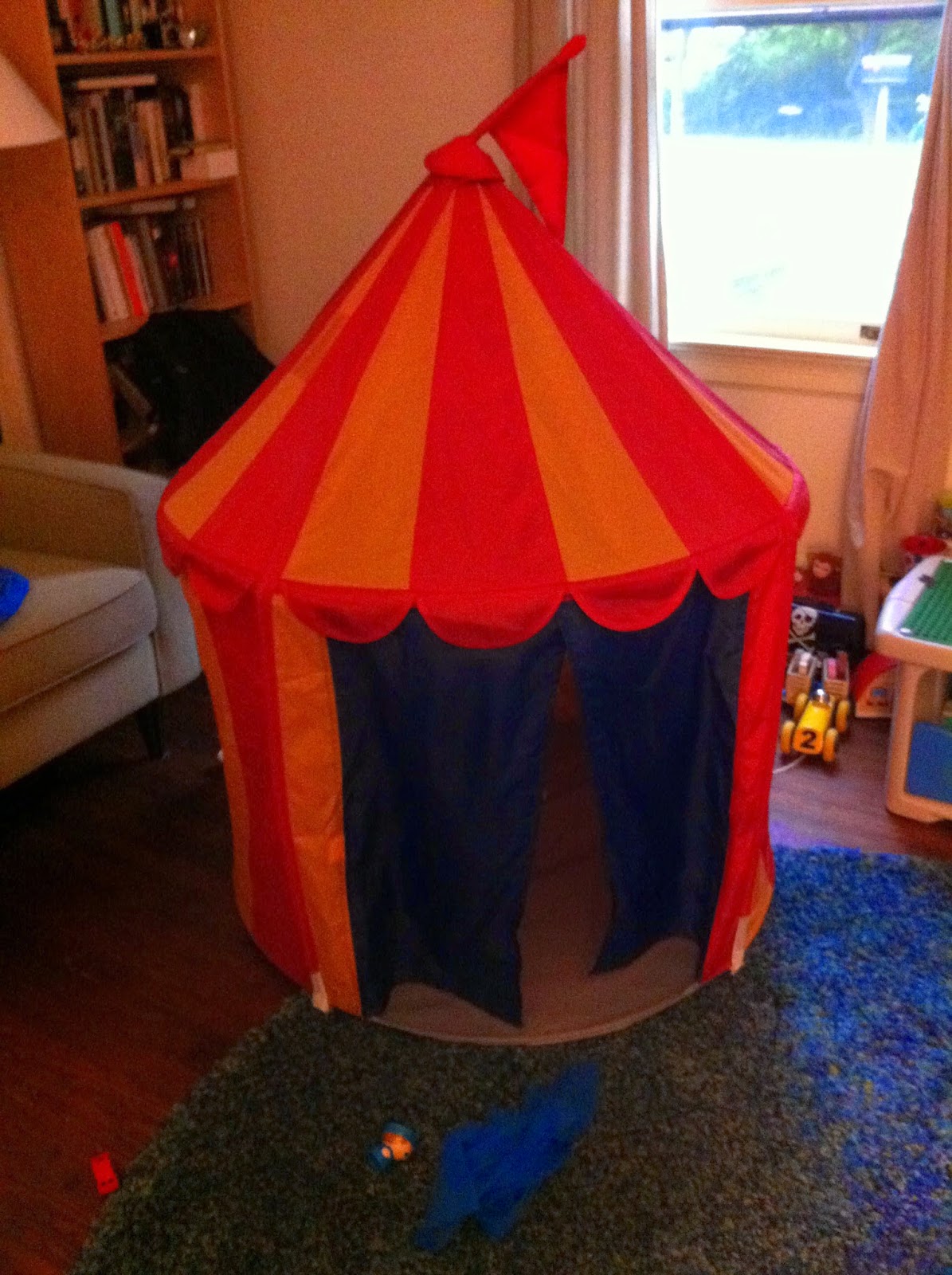 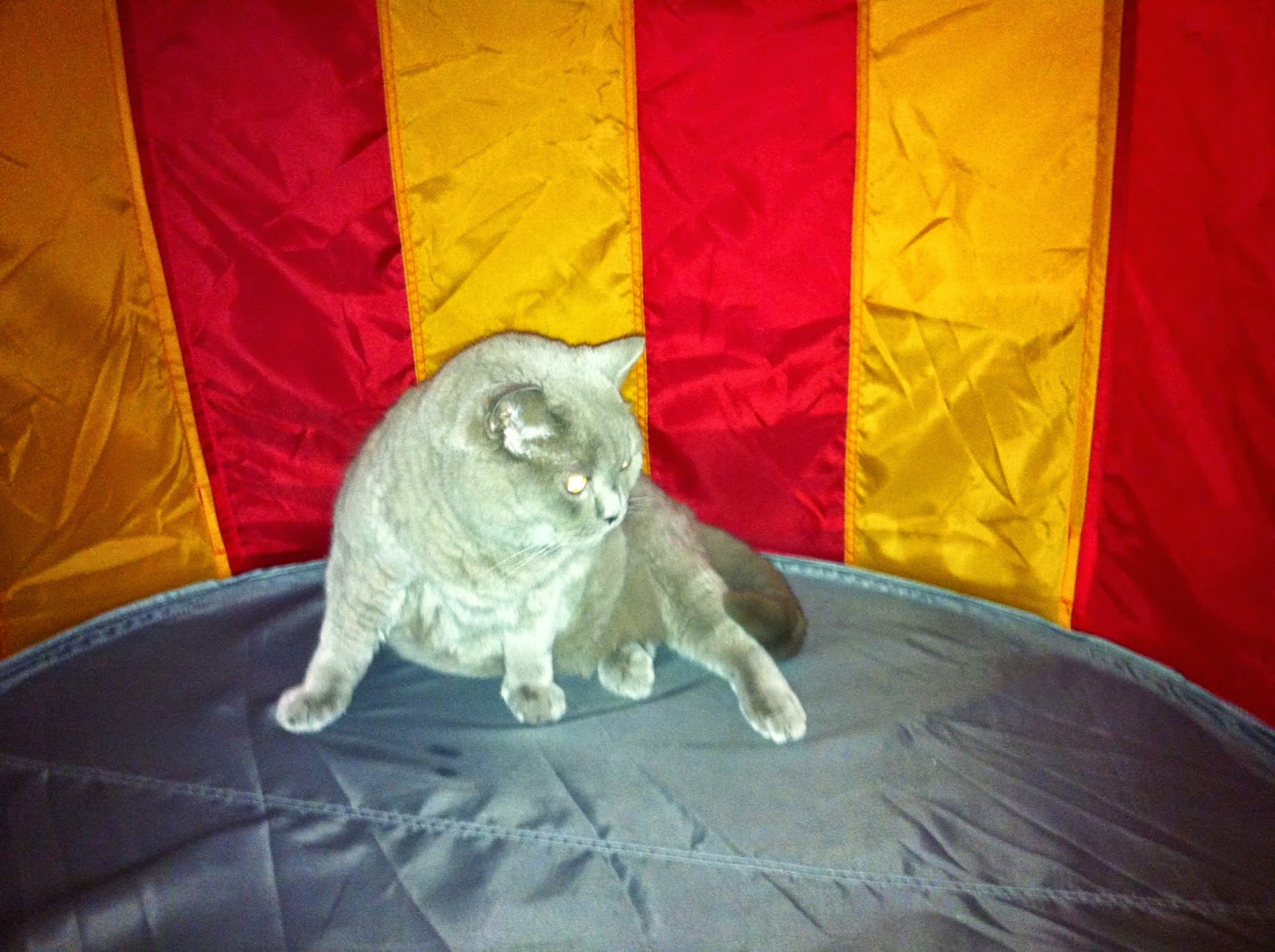 Posy eats her meals in the sunporch, so that Plum – who is always convinced that we are feeding Posy lobster and filet mignon, while he gets a half can of cold catfood – won’t push her out of the way and start eating what she was served.  I often will forget to let Posy out of the sunporch immediately afterwards, and the other day when I went to do so after thirty minutes or so had passed, I spotted this: 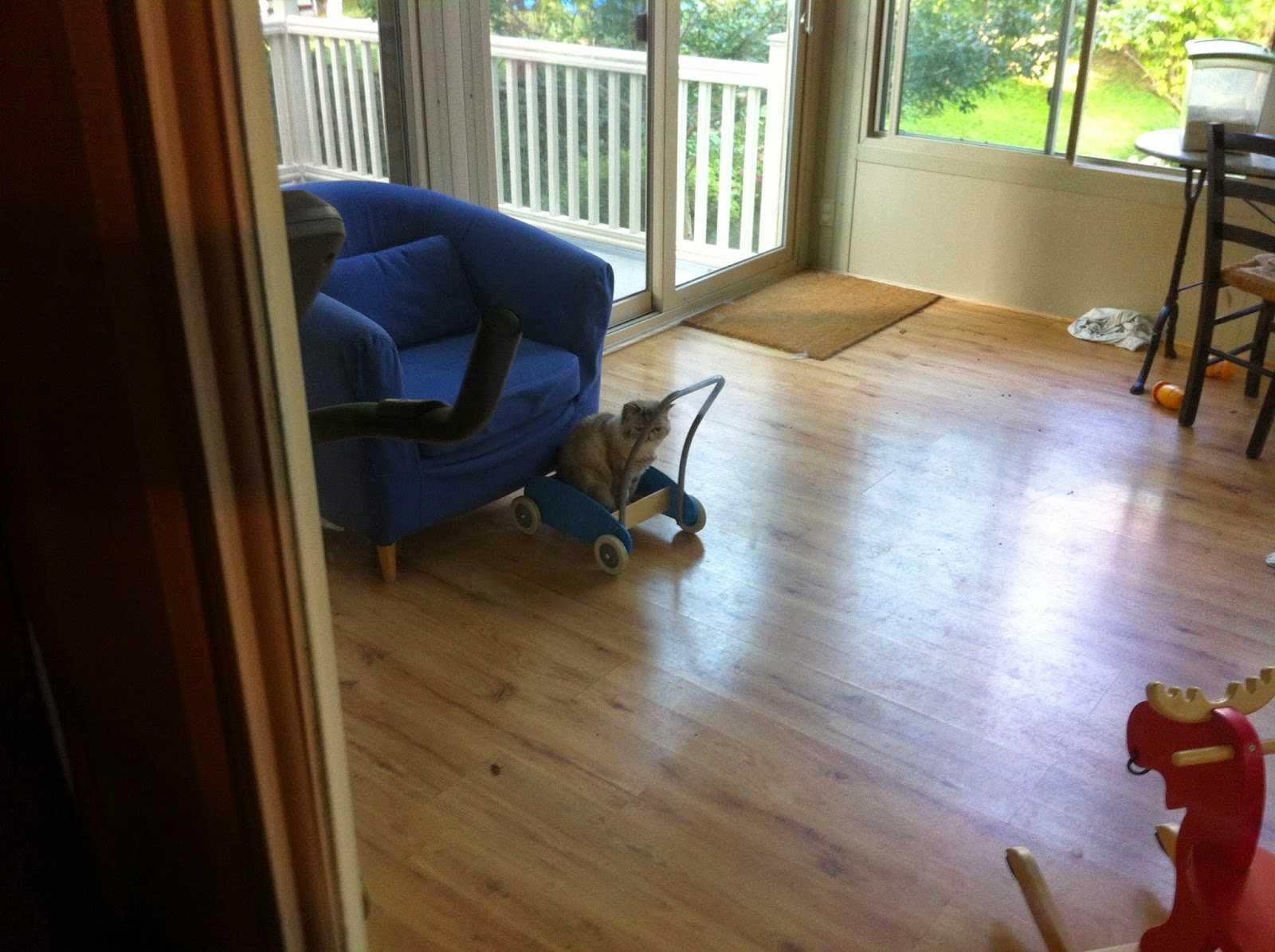 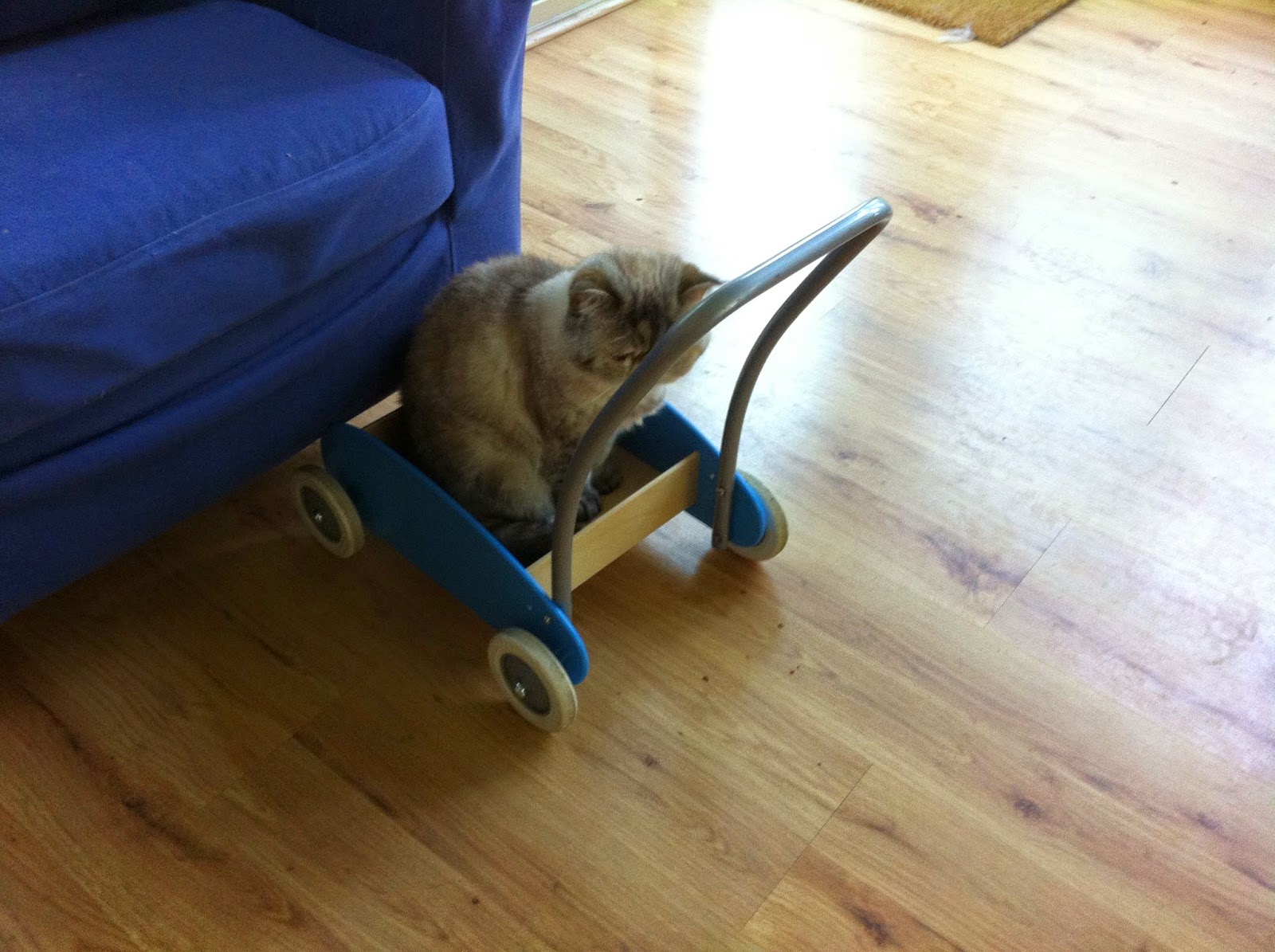 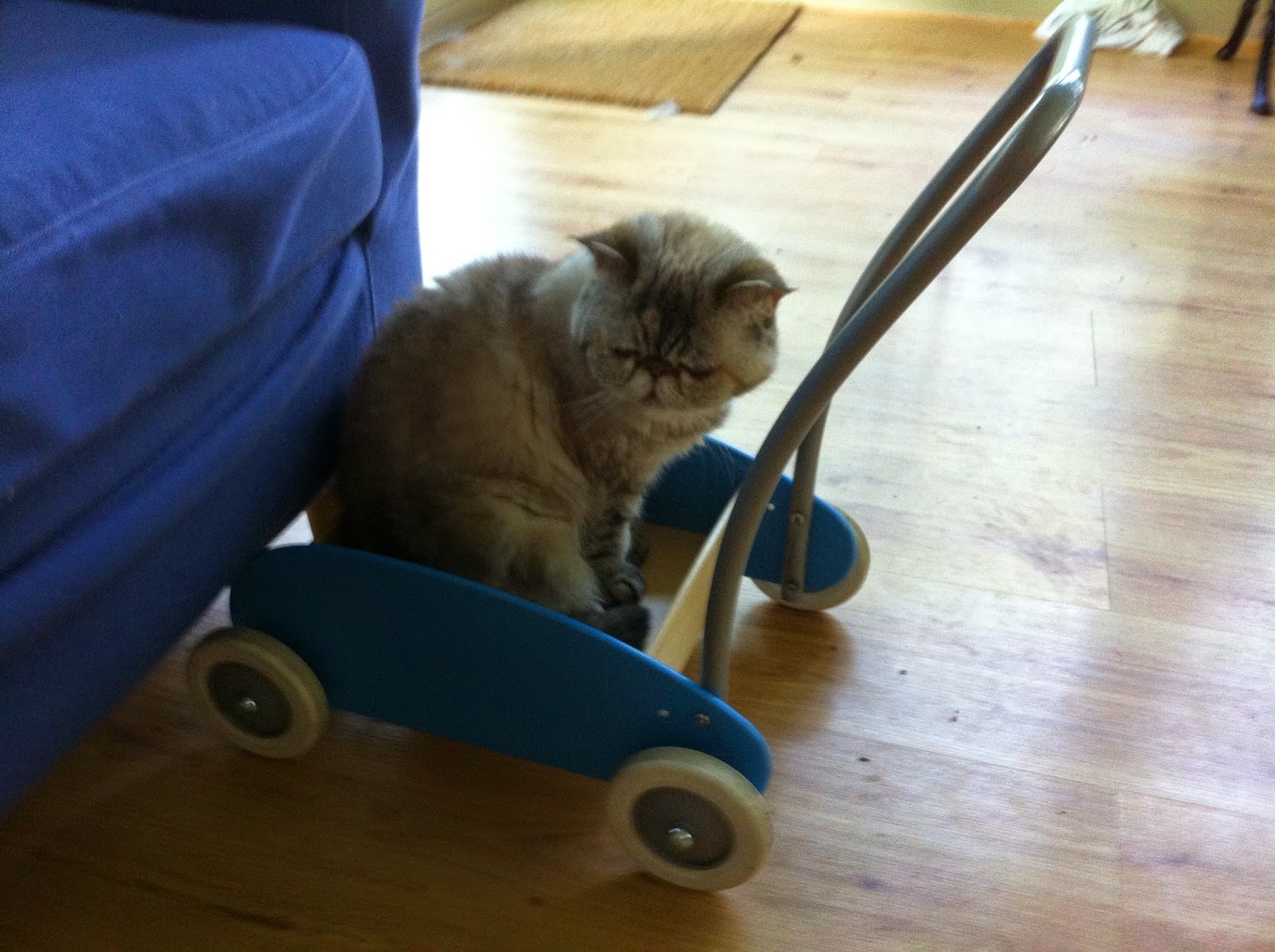 Yes, Posy had decided she would try out Owen’s little cart.  Go figure.  If it is there, then a cat will sit in or on it.
Posted by Elizabeth at 9:02 PM

I also loved the 'red-headed' boy pictures from your last blog. I cannot believe how red his hair is in the sunshine. He is such a beautiful little boy.

Thanks, Juliana! I am in Maine on vacation and I miss my fuzzy little gal with the attitude….