One thing I tend to do multiple times a day is join Dorothy where she is reclining on the couch and give her belly a scritch while telling her over and over that she is a Good Girl!  Dorothy likes this, and tends to respond by making these little puffing sounds while I scratch, which I figure is her version of saying, a little to the left, a little higher, etc.  Owen also likes when I do this, and although he won’t help with the scratching of the belly (he smartly likes to keep his distance from the swiping reach of Dorothy’s long-nailed paws), he will now pipe in with the chorus of Good Girl!, and does so using the exact same tone of voice as I use.  Sometimes, Owen will even drag me over to the couch and initiate such a session himself.  He enjoys praising his beloved Dorr-Dorr. 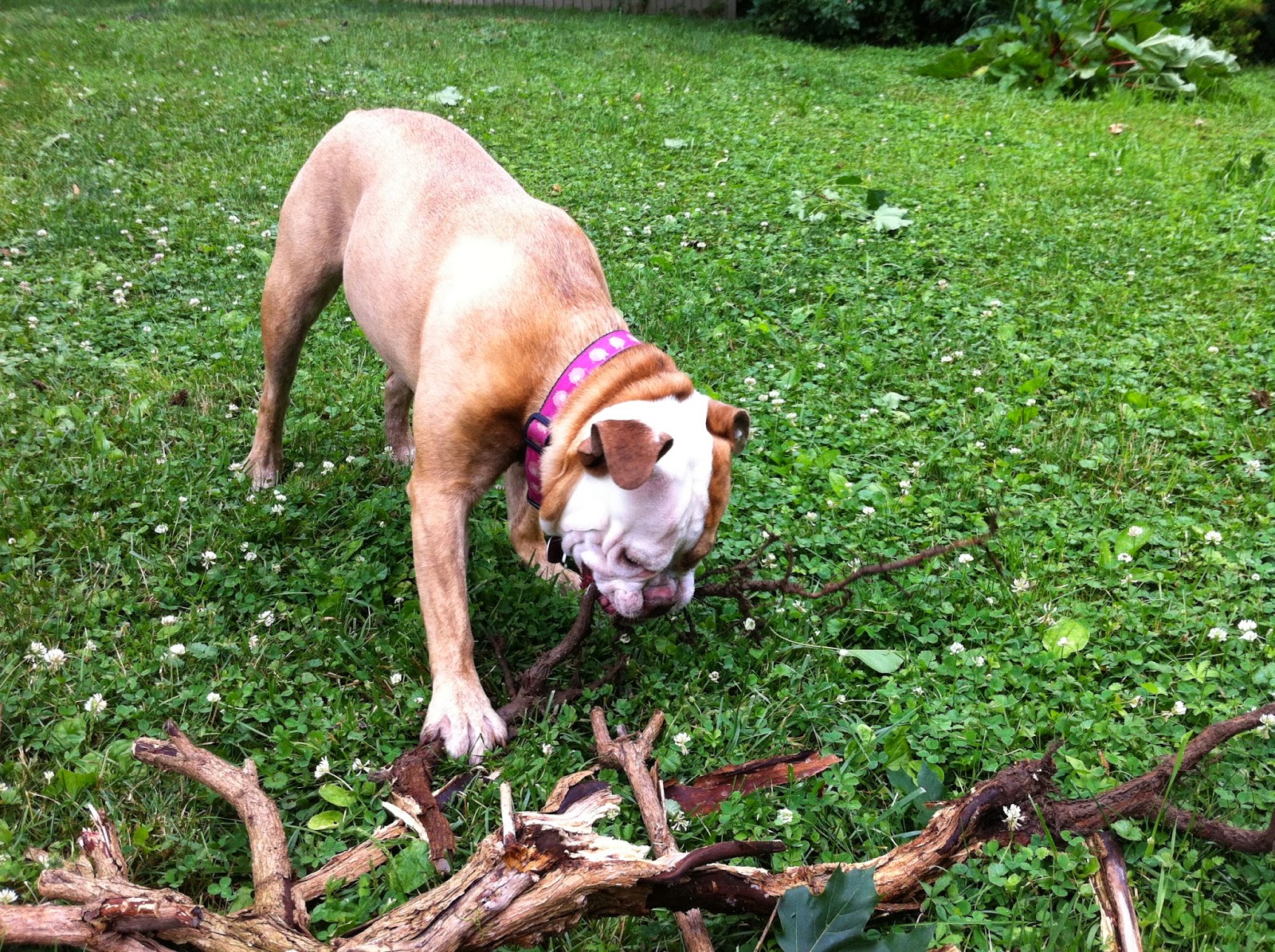 Now that “good girl” is part of Owen’s vocabulary, he will also use it to praise Plum and me and Sean, so I’ve started correcting him with “good boy” when it is appropriate, although as of yet he seems to think that I am joking when I do this.

Owen and Dorothy have another thing in common, which is their great affection for Owen’s cousin, Katie, who sometimes will accompany Susan to our house.  Both Owen and Dorothy get VERY EXCITED when they see Katie get out of Susan’s car.  Owen will start opening and closing his little hand in a wave and saying, “Hi, Ka-tee! Hi” and Dorothy starts wiggling and crying and will dash out the door the minute I open it so that she can accost Katie on the porch.

Owen being carried by cousin Katie: 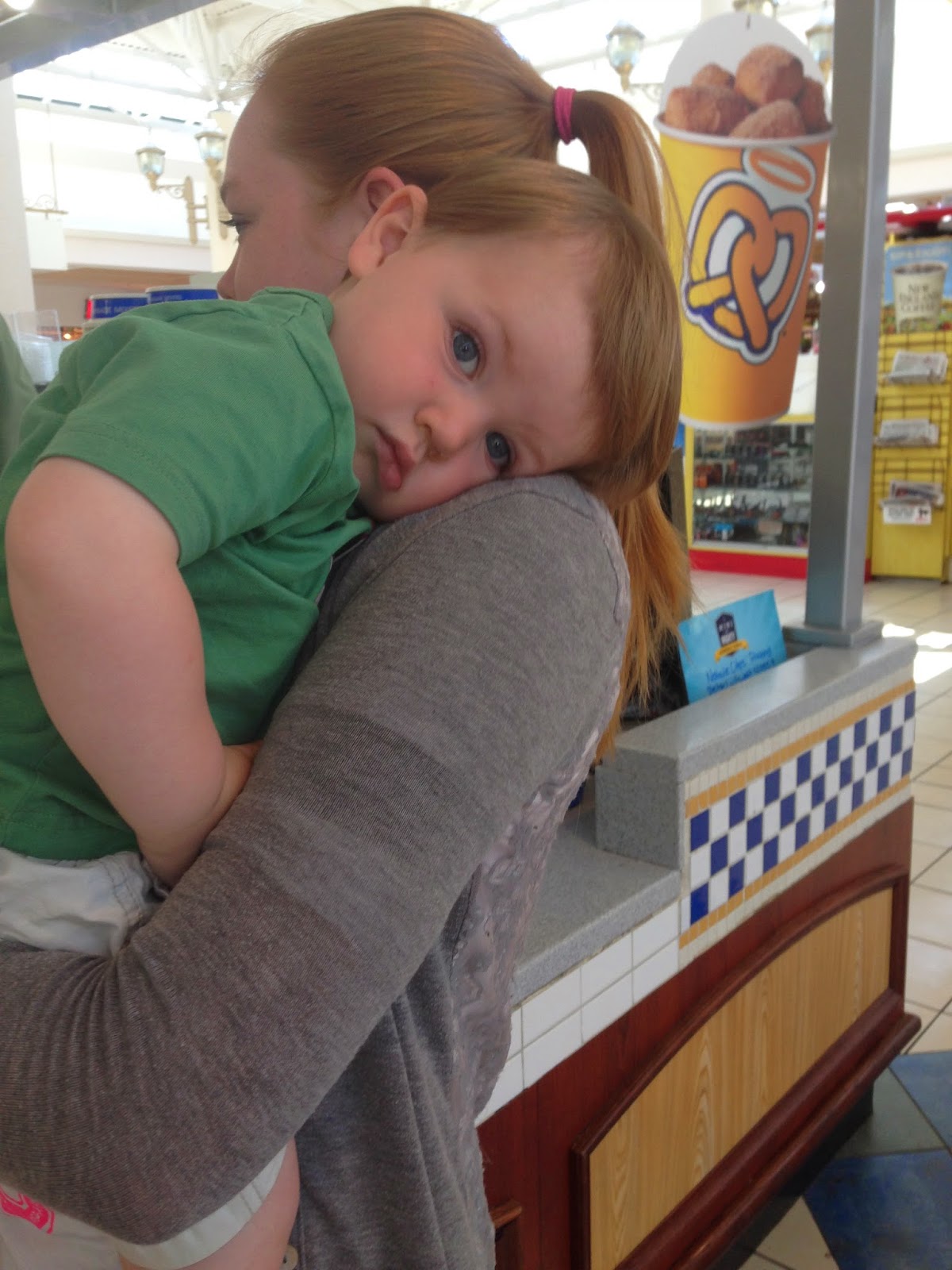 Her reaction has reminded me just how much Dorothy enjoys people and being admired—something that she got all the time in the city, but less so since we are out in the suburbs.  Dorothy would make a great shop dogge, come to think of it, as she would like nothing more than to greet strangers who are willing to give her an ooh and an ahh.

Dorothy thinking, I could say welcome to our shoppe! 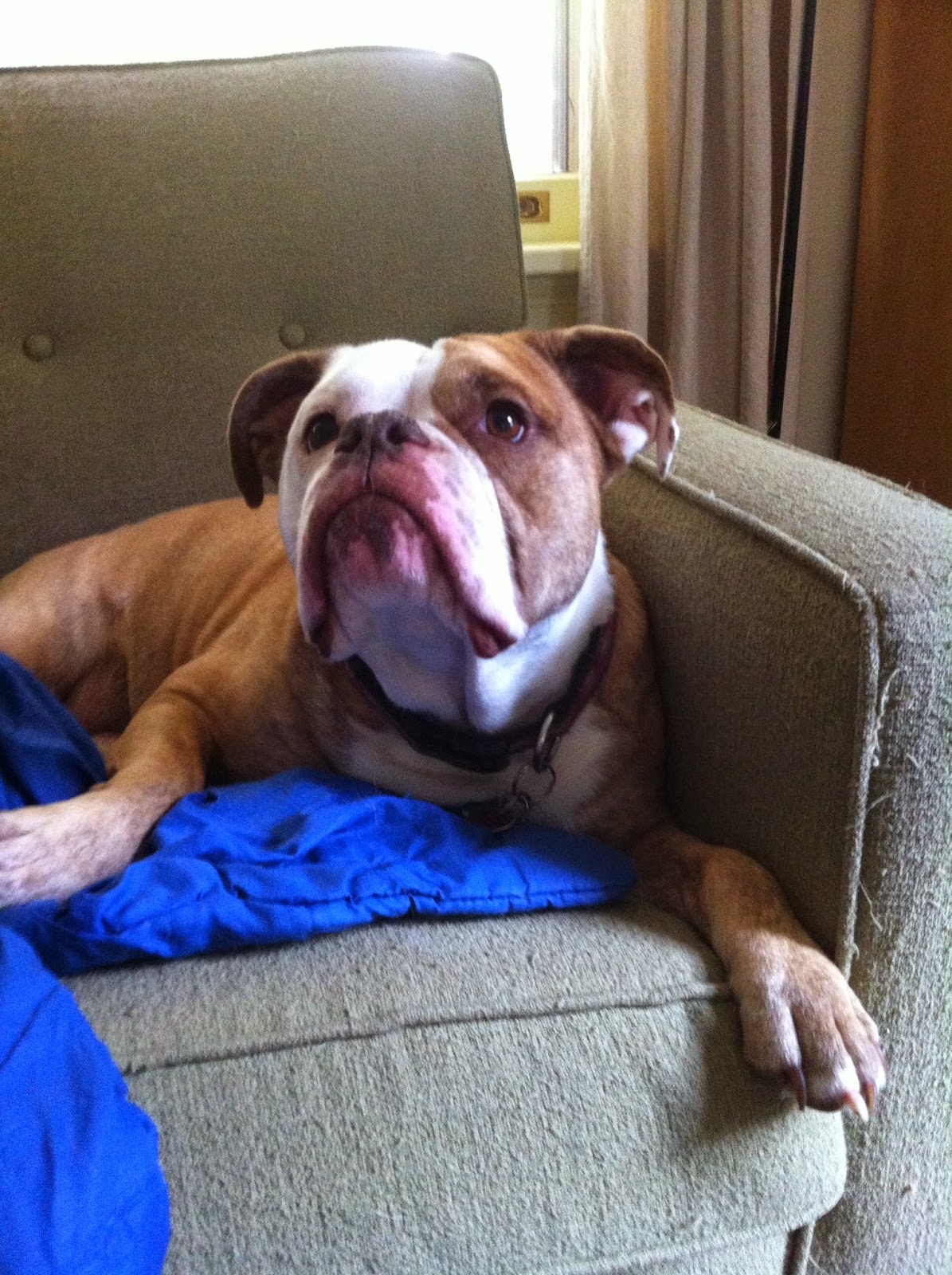 This morning, when Owen saw that Katie was not climbing out of Susan’s car, he said, “Ka-tee honk-shu, honk-shu, honk-shu” (which is our sound for snoring), and what Susan gives as the reason for Katie not being there, that she is home sleeping.  I thought it was quite clever of him.

Dorothy and Owen also both enjoy the arrival of the mailman.  Owen will run to the door saying “Hi, Mail-Man!” over and over, and Dorothy will also run to the door so that she can get a milkbone from the mailman.  He is very fond of and nice to Dorothy, and a good mailman on the whole, although I admit to being a little disgruntled when he opens our screen door and puts the proffered milkbone straight into Dorothy’s mouth.  So much for Dorothy’s being a guard dog!

Dorothy thinking, I really do love that mailman. 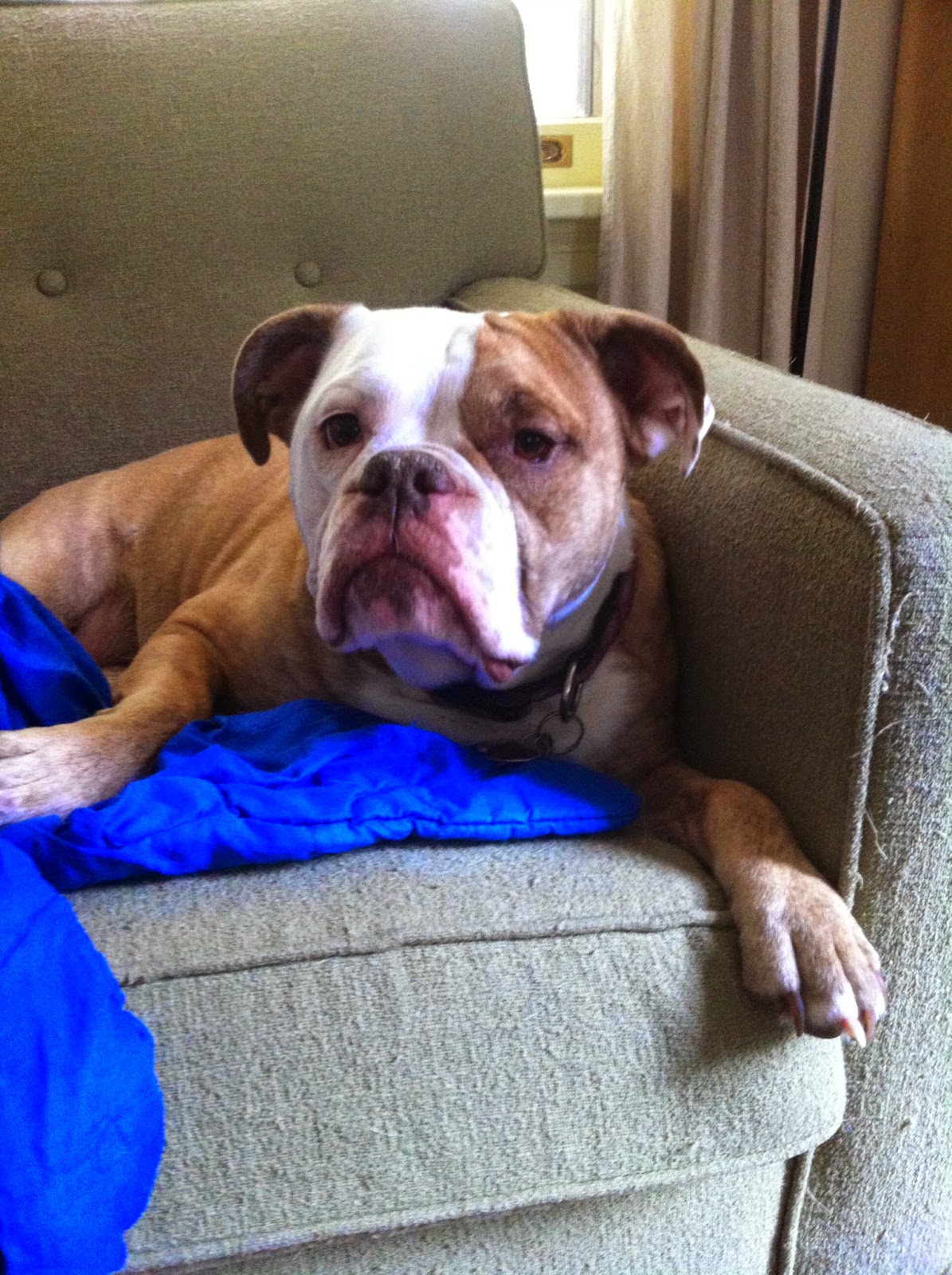 Posted by Elizabeth at 9:17 PM

Karina reacts to the sound of our mail truck in the same way kids react when they hear an ice cream truck making its rounds in the 'hood. Our mailbox is on the street at the end of what you may recall is a very long driveway, so she only gets a milkbone if Alan, our mailman, has to deliver a package to the house.

Owen sounds like he is becoming quite the talker!

Does Dorothy love the mailman in a good way or a bad way? Because Roxy also loves the mailman, but in a bad way. We actually had to move our mailbox because our mailman refused to walk past the windows to get to it anymore because he thought Roxy was going to fly through the window to get him. I'm afraid she is not an ambassador of the breed when it comes to anyone delivering items to our house.

Ha, Judith! Both Dorothy and Owen react to the mail truck like it is an ice cream truck. And Elisabeth, Dorothy sounds like she is guarding the house when the mailman comes--it's a loud bark she makes and it scares the substitute mailmen. But it isn't actually her guard bark, it's her I'm excited bark. He won her over with the milkbones he puts straight into her mouth. And if our door is closed, he'll put the bone on top of our mailbox where Dorothy can see it through the window and it drives her crazy.

Owen is talking A LOT these days, Judith, although truth be told I can't always understand what he says. He came up to me yesterday and spoke a long sentence and looked at me expectantly, and all I could think of to say was, What?...