I am unduly pleased with myself because I did a bit of weeding in the front yard on Sunday.  Seriously, I’m as bad as Owen, who likes nothing more than to plunk a leaf in the bag and proclaim proudly, “Weeding!”  But I was outside with Owen for the umpteenth time, and getting a little bored of watching him flick water from a bucket with a paint brush, so started removing obvious weeds from our flowerbeds.  And it was very satisfying!  I was tidying the yard!  And I love to tidy.  There were a few moments where I had to stop because I wasn’t sure if a plant was a legal resident or an imposter, but on the whole, I was able to significantly improve one small square foot or two of our front yard.

It didn’t hurt any that I had a very enthusiastic helper in Owen, too, who once he saw what I was doing, decided he would take each weed that I plucked and run it down the driveway to where his bucket was.  I didn’t bother suggesting to him that he bring the bucket closer, because I figured it was a good way to tire him out; and indeed he ran down the driveway to his bucket and back at least twenty times.  I know fifteen minutes of weeding does not a gardener make, but it was the first time that it occurred to me that gardening could be something in actuality that I enjoyed doing, and not just in very fuzzy theory.

I knew not to weed this: 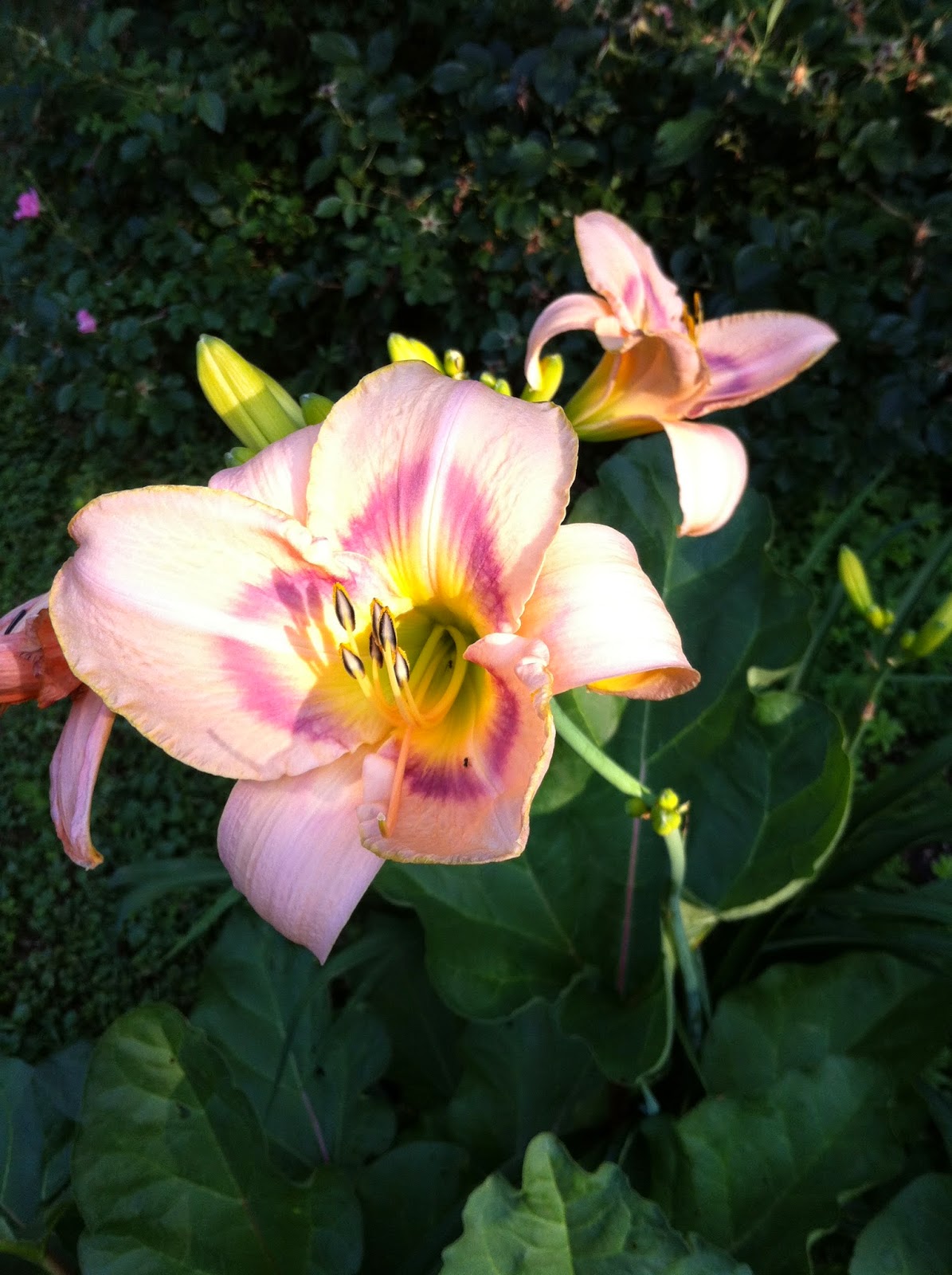 I was also able to get Owen to walk almost around the whole block on Sunday, which is a pretty good distance.  He walked halfway around so that we could go look at the school buses where they are parked; I carried him up the hill, and then he walked the rest of the way on his own accord, albeit with numerous stops and starts.  A toddler walks a lot like a puppy:  he squats to look at a stick, and then picks it up and moseys for a bit while examining the stick; then hits a few things with the stick; and then all of a sudden will start running out of the blue until  he reaches something else that grabs his attention.

He likes to say “hi!” and “Bye-bye” to anyone who might be out in their yard, although he also will get a little tongue-tied should they want to have a longer conversation.  If he is feeling really shy, he will hide his head in my legs, but sometimes he will chat, too.  You can never quite tell how shy Owen will be, if at all.

Not shy at all while shaking his booty
to a musical card in the Rite Aid: 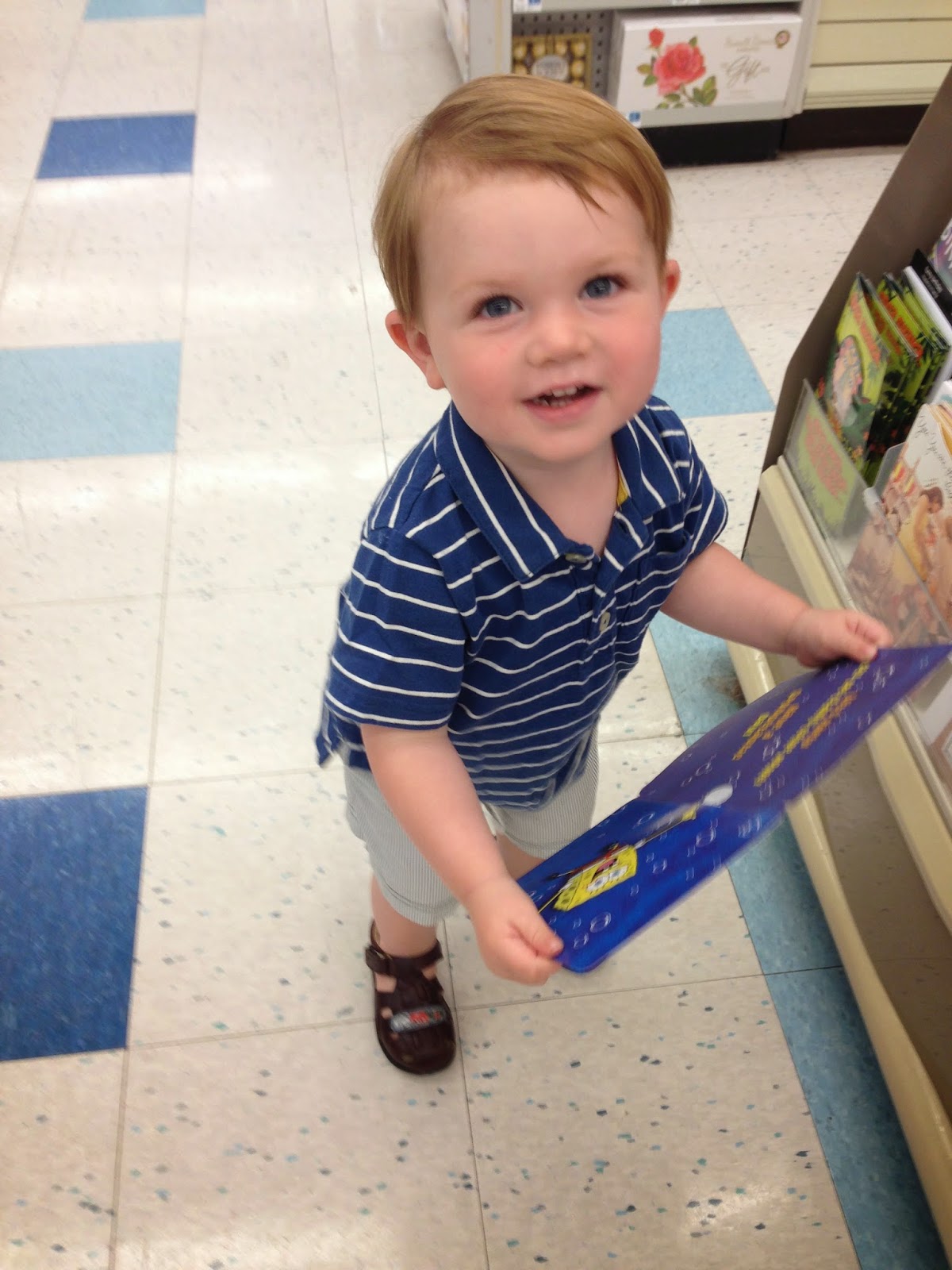 Posted by Elizabeth at 9:17 PM

Email ThisBlogThis!Share to TwitterShare to FacebookShare to Pinterest
Labels: gardening, Owen outside