Being of Norwegian descent on my father's side of the family, we indulge in platters of Christmas cookies during the holidays.  There are the Norwegian goodies -- sunkage, krumkage, etc. -- and then there are the fifteen or so other kinds that have been added to the mix.  In fact, our Christmas morning gift opening used to be interrupted halfway by a breakfast of cookies...until Meredith's husband joined the family and thought this was such an odd and unseemly tradition that we were shamed into adding real food to the breakfast, like an egg casserole and bread.  Bah humbug!

I used to enjoy bringing along a few kinds of cookies to the celebration, and would always make one or two old favorites and then try out new recipes.  Owen's arrival put a temporary hold on my holiday baking, however.  Until last January, he didn't sleep much, so I had no free evening hours to don my baking apparel.  This year, however, things were different!  Owen sleeps (knock on wood)!  So I tentatively stuck my toe back into the waters (perhaps not the right image to use while writing about baking), and made two new kinds of holiday cookies. 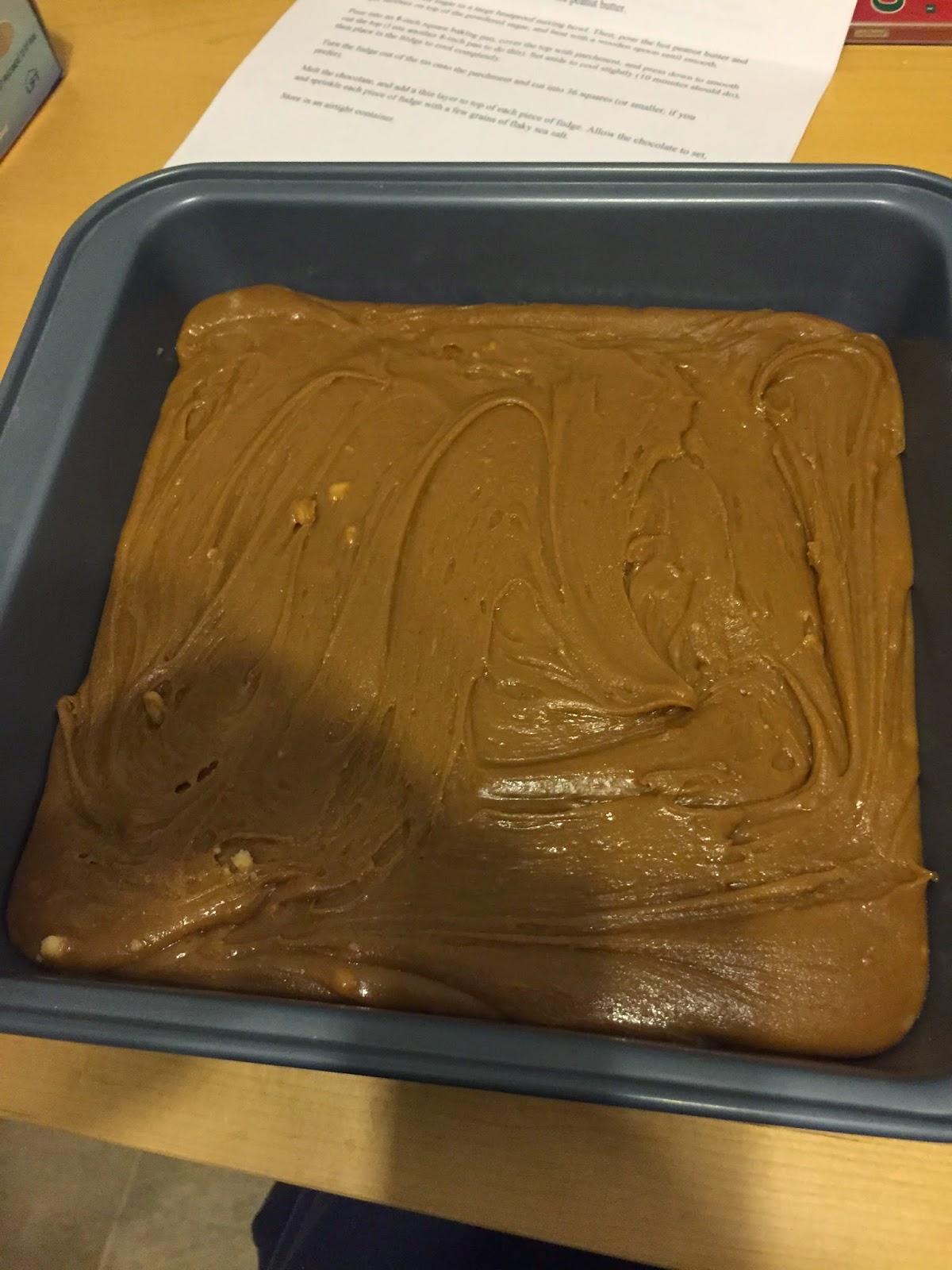 Above is the fudge pre chocolate.  It turned out well, except there was one instruction that was unclear, where it said to bring to a boil for two minutes without stirring, and I wasn't sure if the two minutes included the bringing to a boil, or if the two minutes should have started once the boiling began.  But all was well after I used Sean's upper arm strength to do a lot of the stirring.  Then I added chocolate and sea salt and voila: 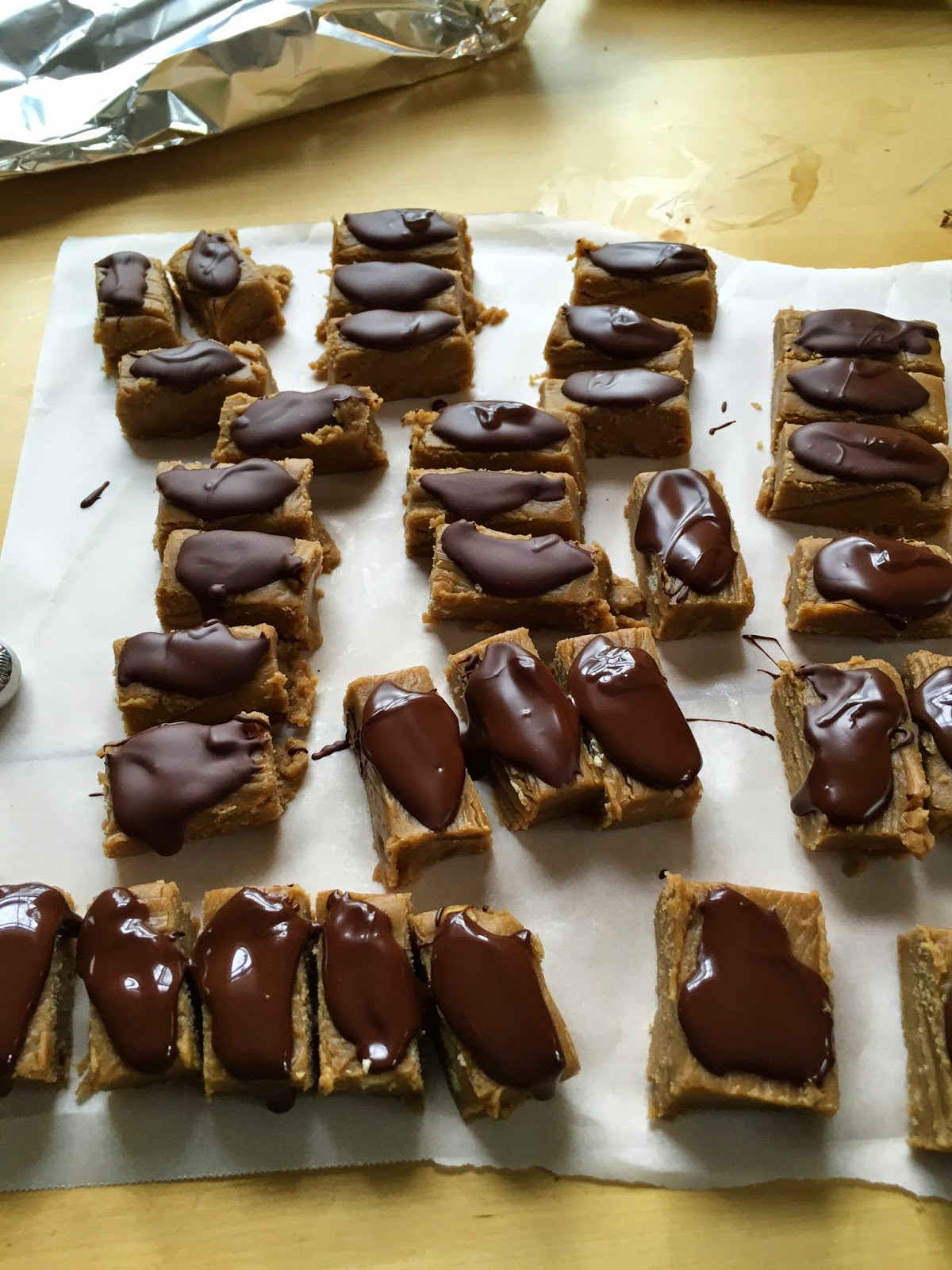 Delicious!  They were a hit at Martha's too.

The second recipe I tried was the winner of the Pillsbury baking contest this year, and I tried them because the recipe was so strange I was intrigued.  You cut a Pillsbury pie dough into tiny little squares and baked them for six minutes so that you had a cookie sheet of tiny crackers.  Then you added the "crackers" to melted white chocolate and peanut butter, and then also added cocktail peanuts (I added cocktail cashews) and toffee pieces, and then dropped rounded tablespoonfuls onto wax paper and let them solidify.  I don't have pictures, but they weren't a very photogenic cookie anyway.  I liked them. I'm not a big white chocolate fan, but it was a different taste all together, and a good variation to have on a cookie plate.  Huzzah!

Posted by Elizabeth at 8:40 AM