We spent Christmas in Massachusetts this year at my sister, Martha's, house, and had a merry time.  I feel the need to state for the record that we had ZERO traffic on the way up on Tuesday and ZERO traffic on the way home on Saturday.  ZERO.  We didn't even have to slow down to get on the Mass Pike from 84, which is practically unheard of.  Owen was pretty good in the car, too -- not quite as phenomenal as he was driving down to North Carolina last year, but good on the whole.  He's not as excited by my car toys as he was when he was younger, so I'll have to keep looking for things to hold a 2 year-old's interest.  Apparently magnet boards and sticker books are not worth spending more than a collective minute on.

Here is Dorothy in the car riding shotgun next to her beloved pack leader: 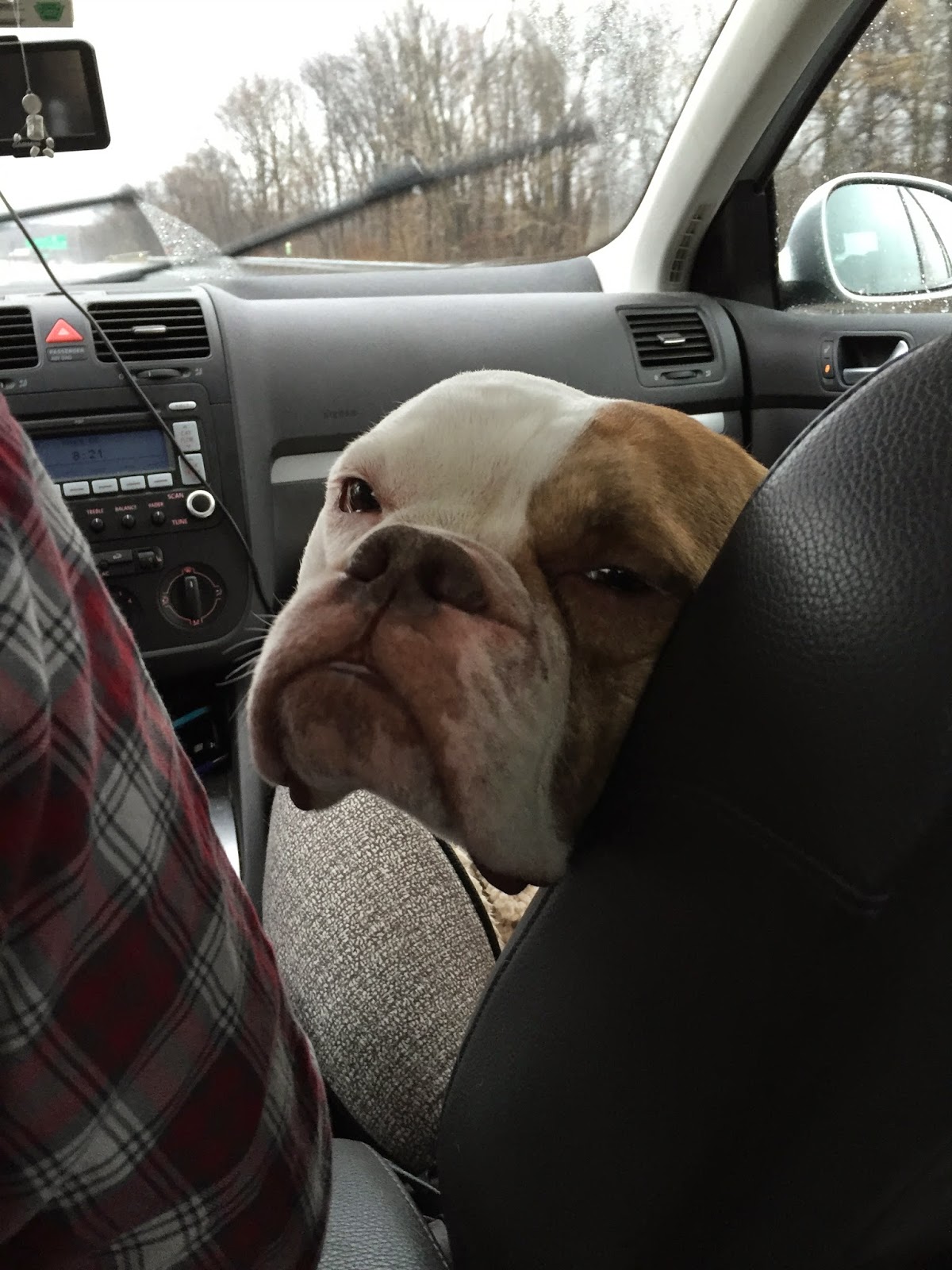 And here is Owen in the car out of his carseat at a rest stop: 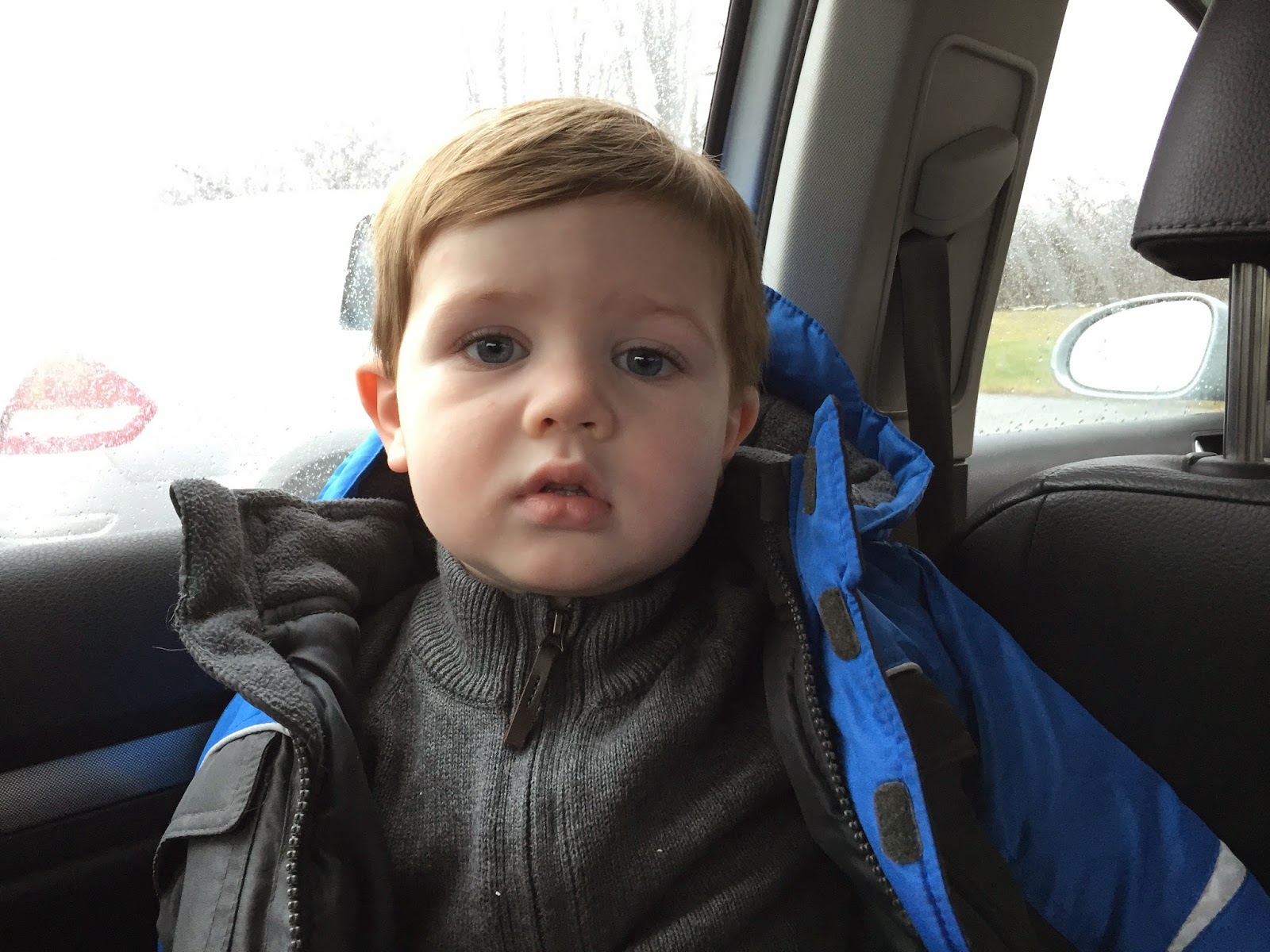 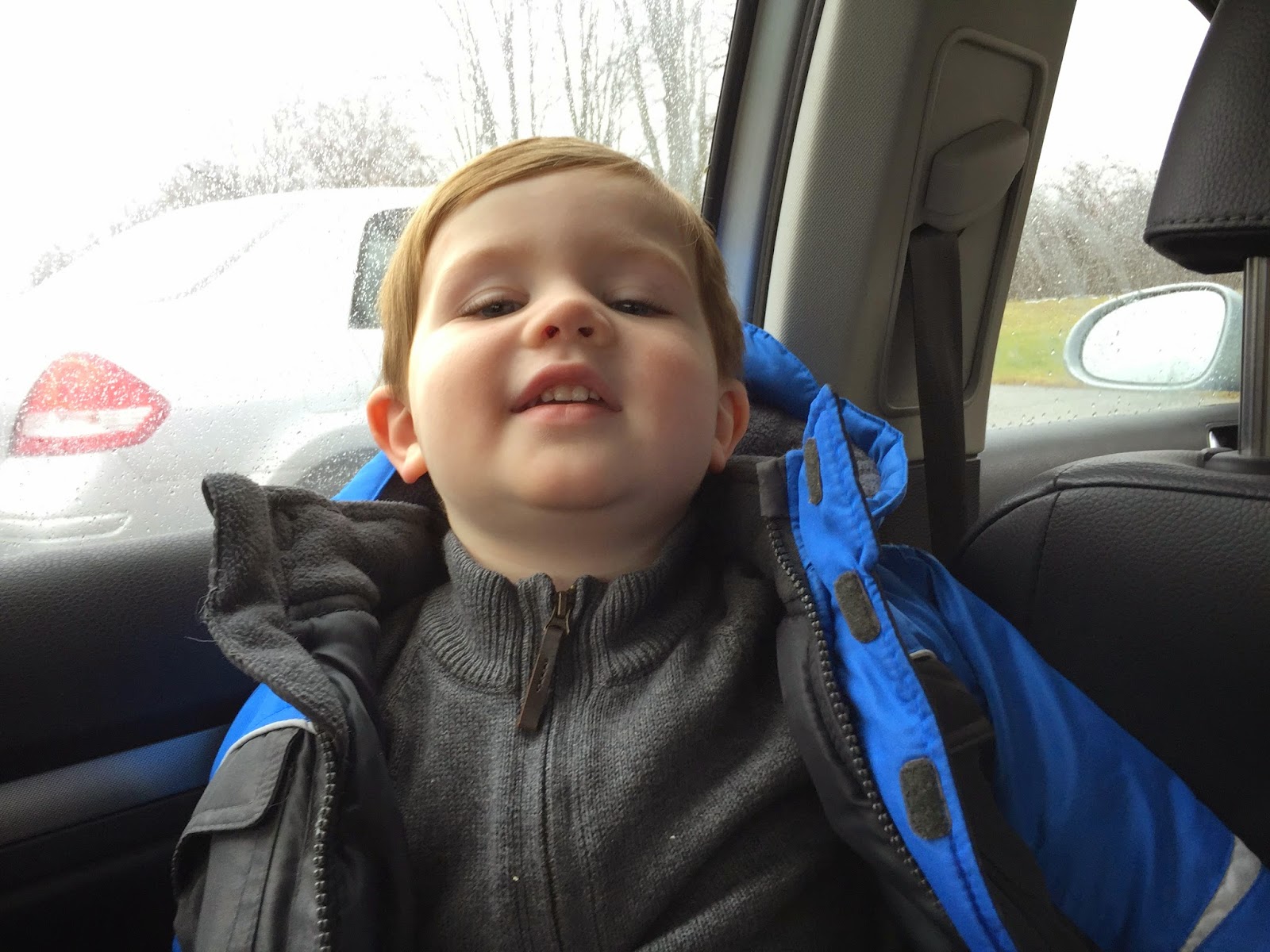 There was one incident at a rest stop on the way up, in which while I was in the restroom, Owen started calling out, "Help! Help! Help Owen!" causing a passerby to wonder if Owen was being abducted by Sean....

But we all enjoyed staying at Martha's very much, and Owen had a great time with his cousin Josie, especially, who at nine years old was very kind to Owen.  On the second day, he even took her hand and walked down the basement with her to play, giving me a cheerful, "Goodbye, Mommy!"

Owen loved playing with Josie's dollhouse, especially once he discovered it contained a tiny telephone: 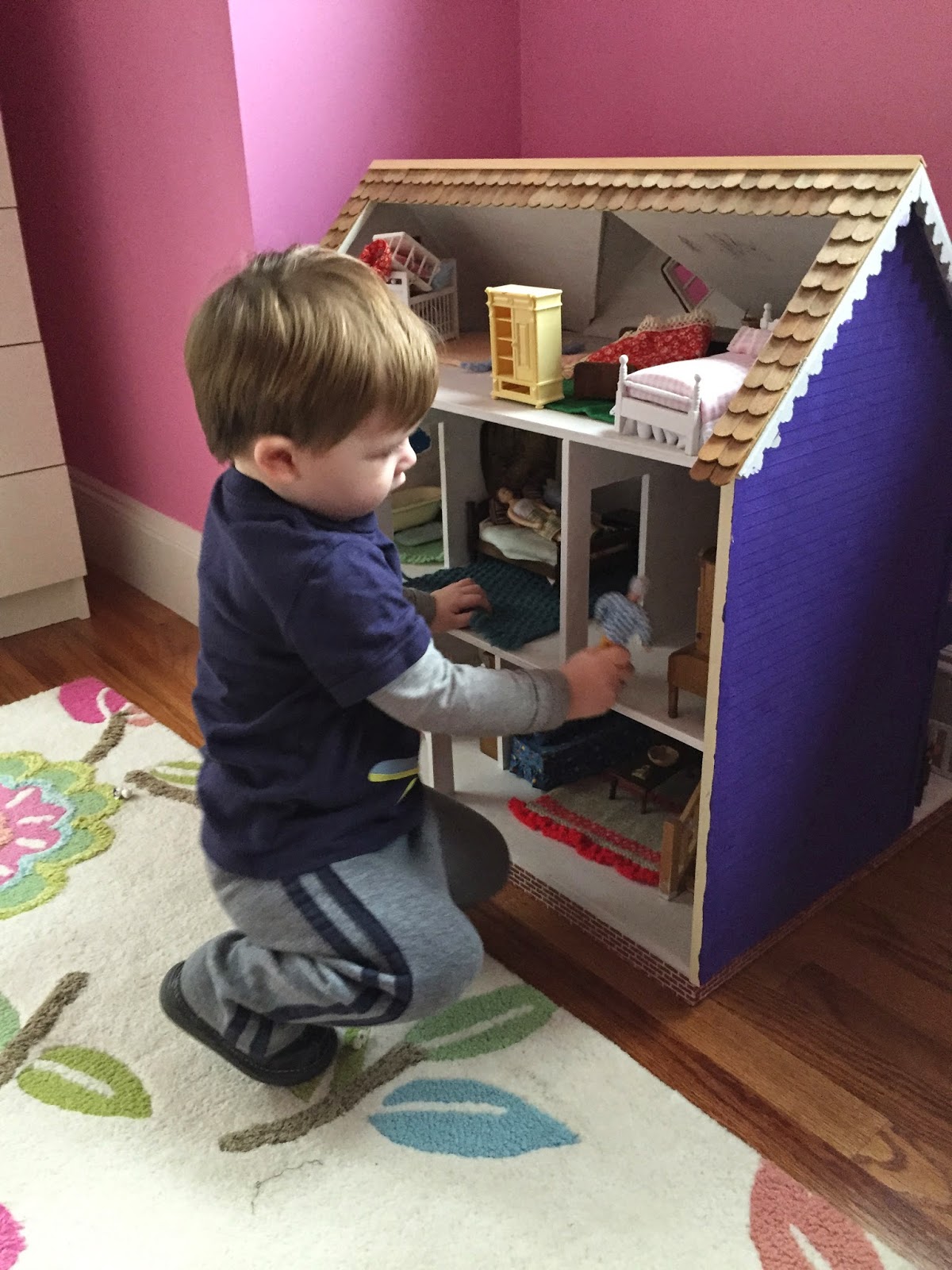 Here is Owen with his Andersen cousins on Christmas Eve: 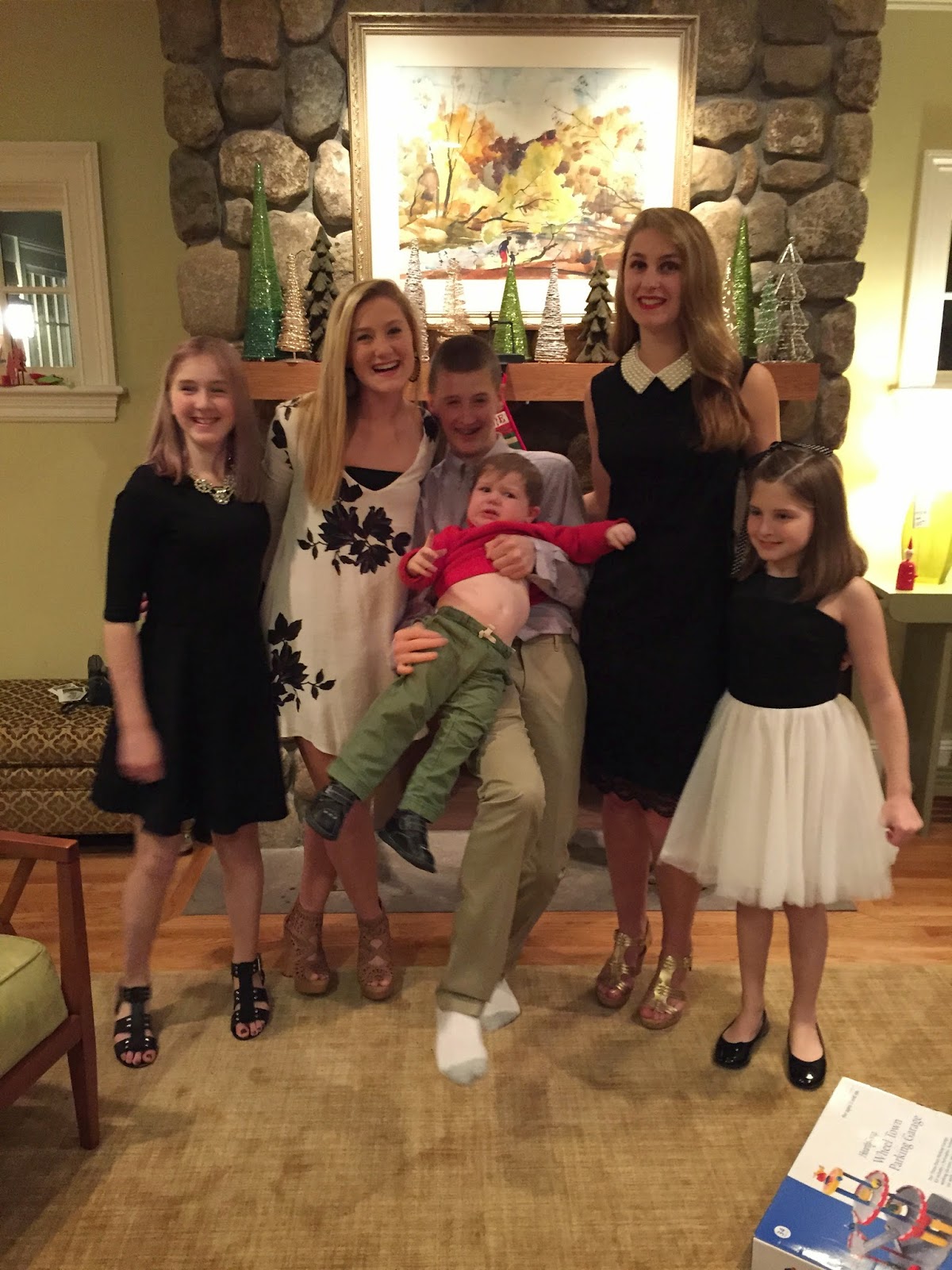 And here he is later on Christmas Eve enjoying his new toy sushi set from the Hunters: 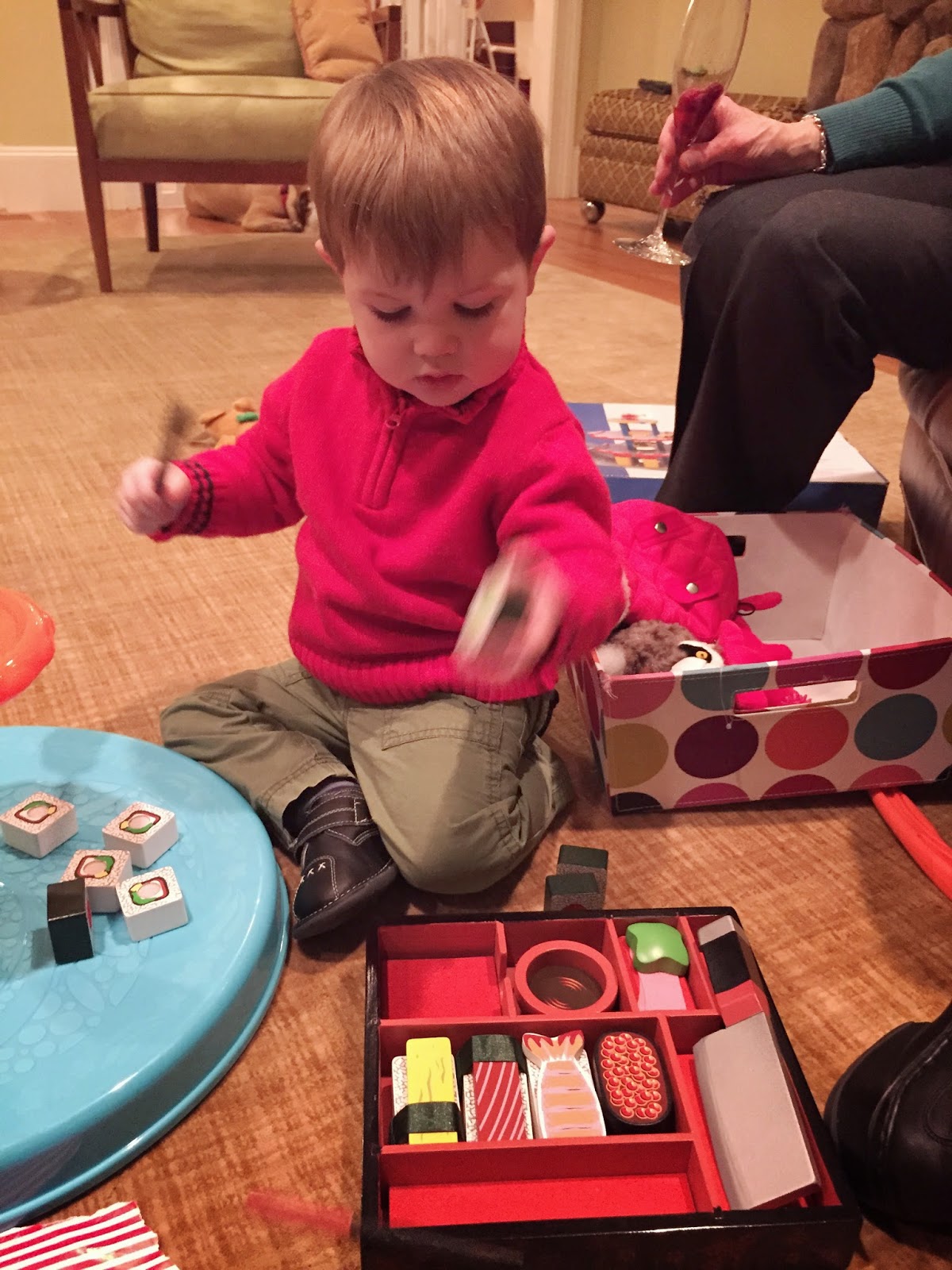 And then in troll jammies opening a new book on Christmas day.  Thank you, Santa!: 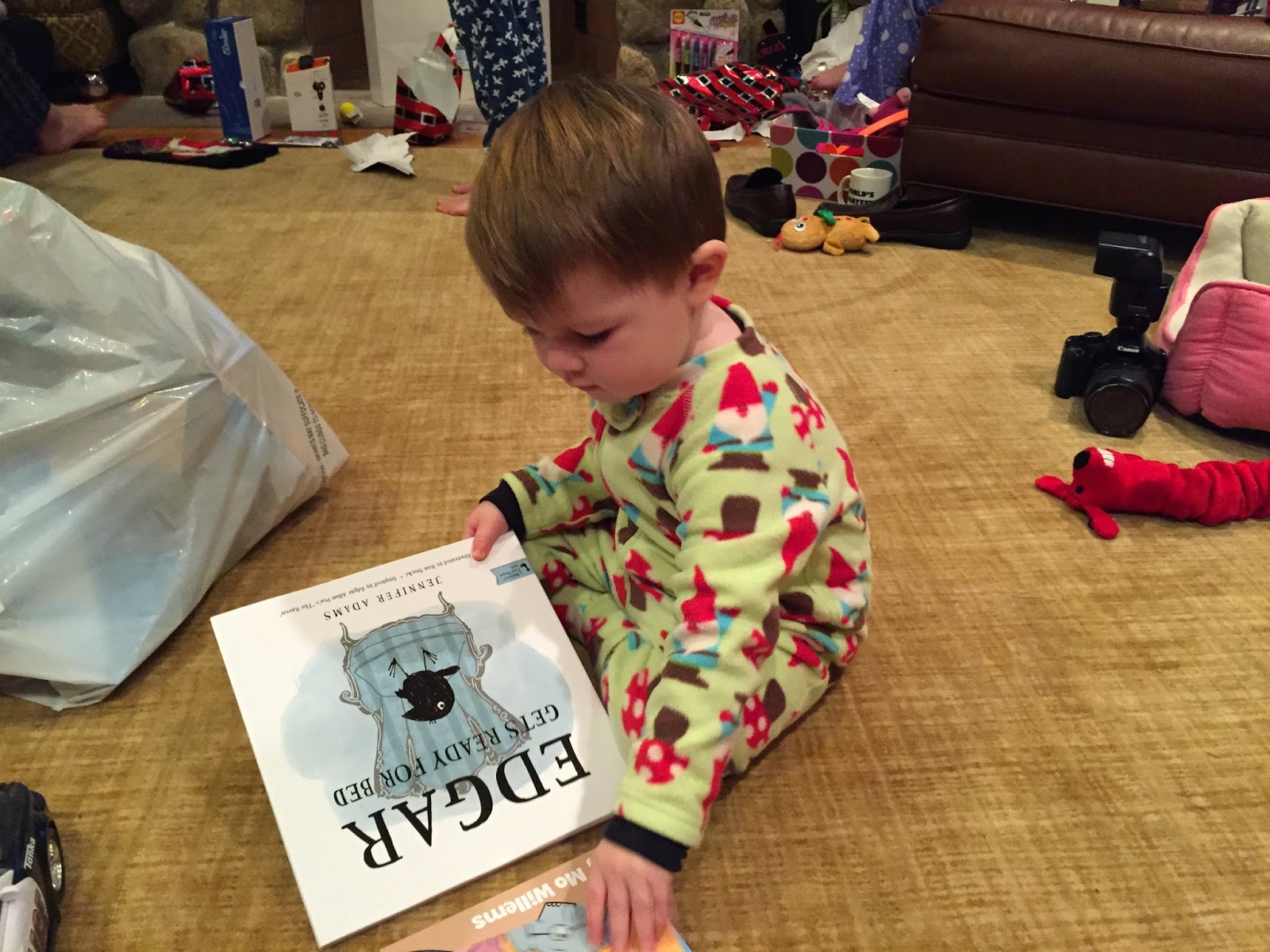 And here he is eating strawberries for the first time (not because they haven't been offered to him.  They have.  But for some reason he decided to eat four big juicy berries while sitting on Martha's counter): 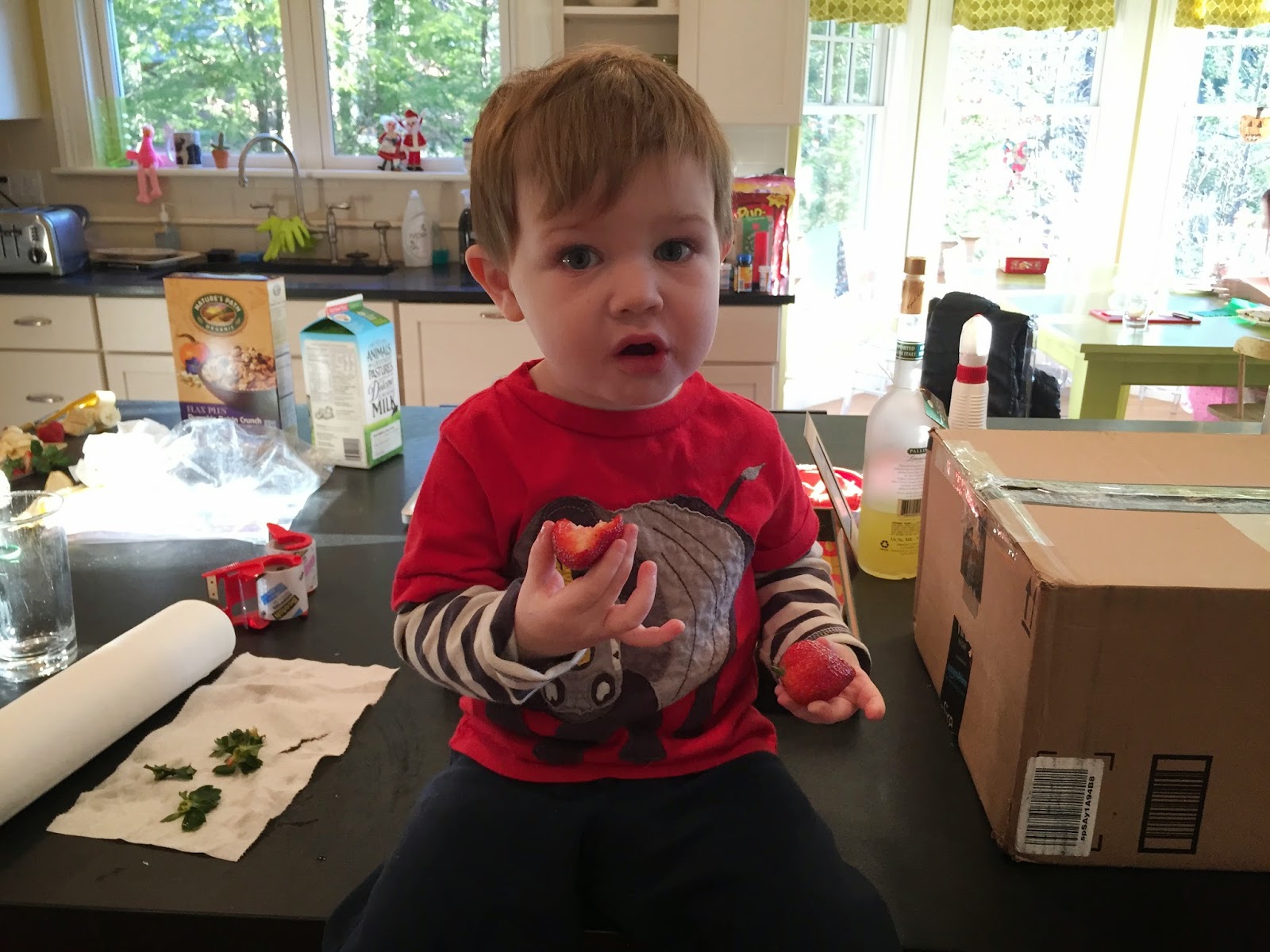 The trip was a success!
Posted by Elizabeth at 9:20 AM

Email ThisBlogThis!Share to TwitterShare to FacebookShare to Pinterest
Labels: Christmas

Karina says that she noticed a shift in the air pressure whilst Dorothy was in the state.