Today is supposed to reach 90 degrees, so Owen is wearing his new sandals for the first time.  Doesn’t he look spiffy?  Those fat legs were meant for shorts. 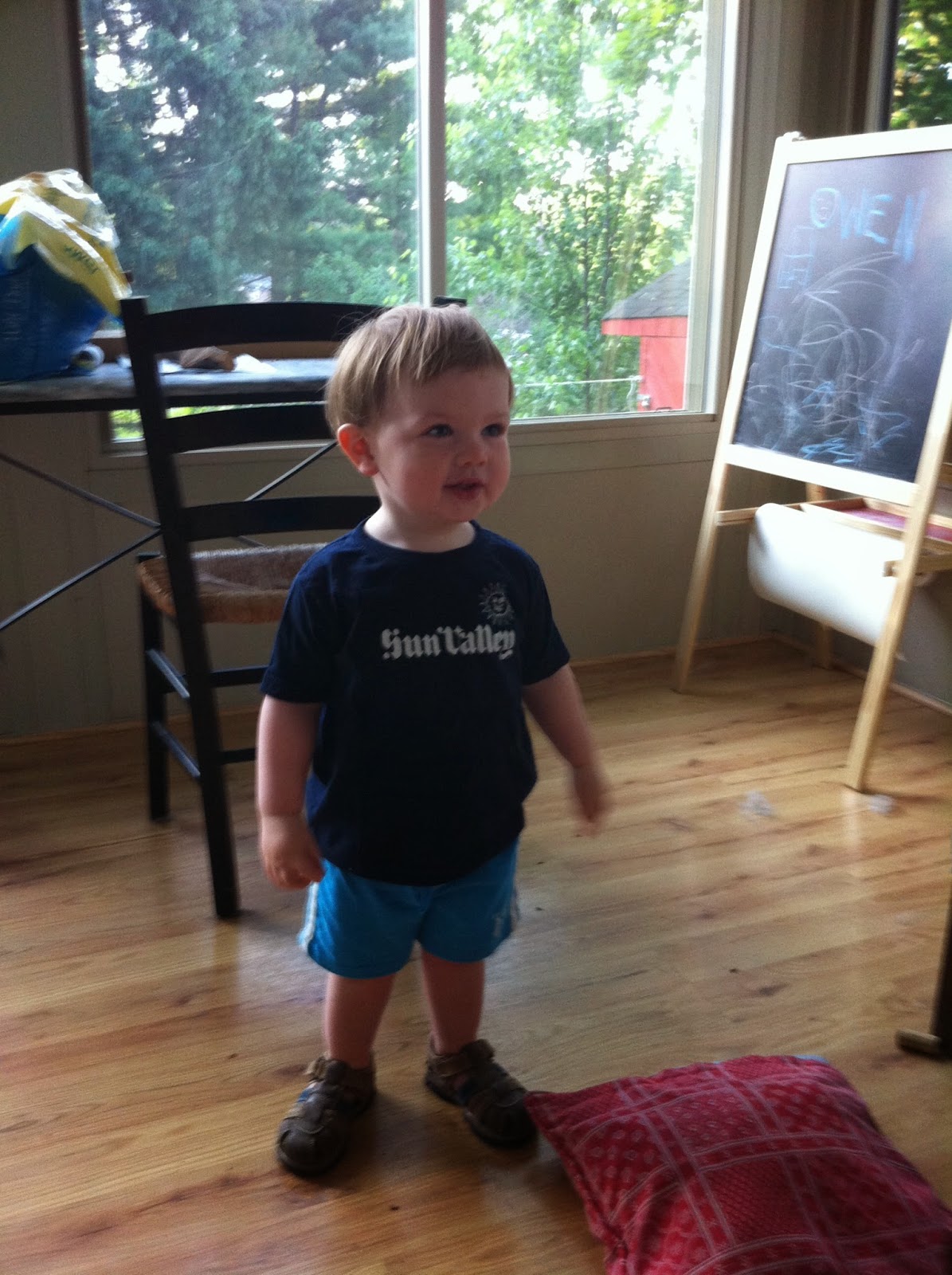 He's clapping for himself here: 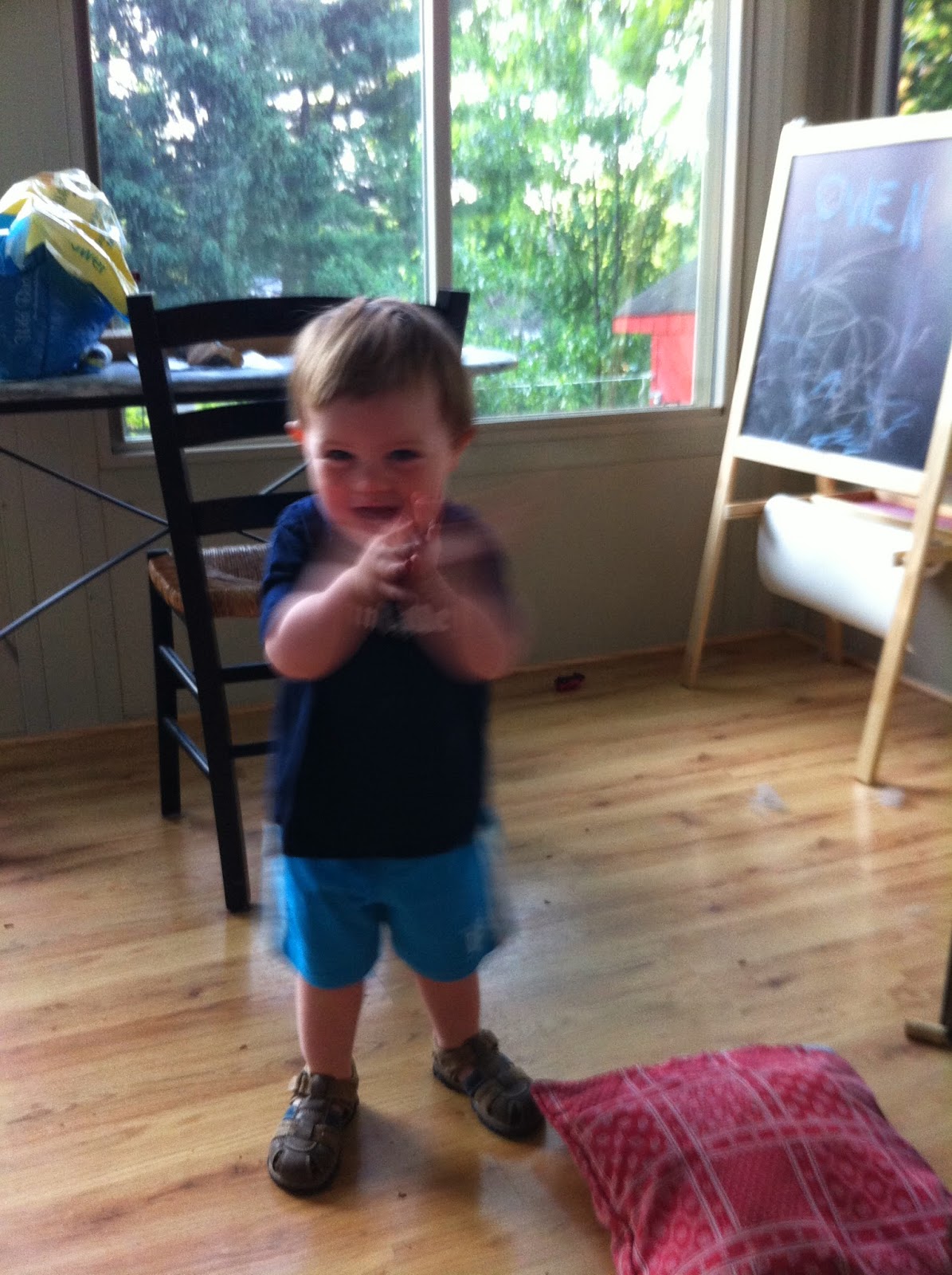 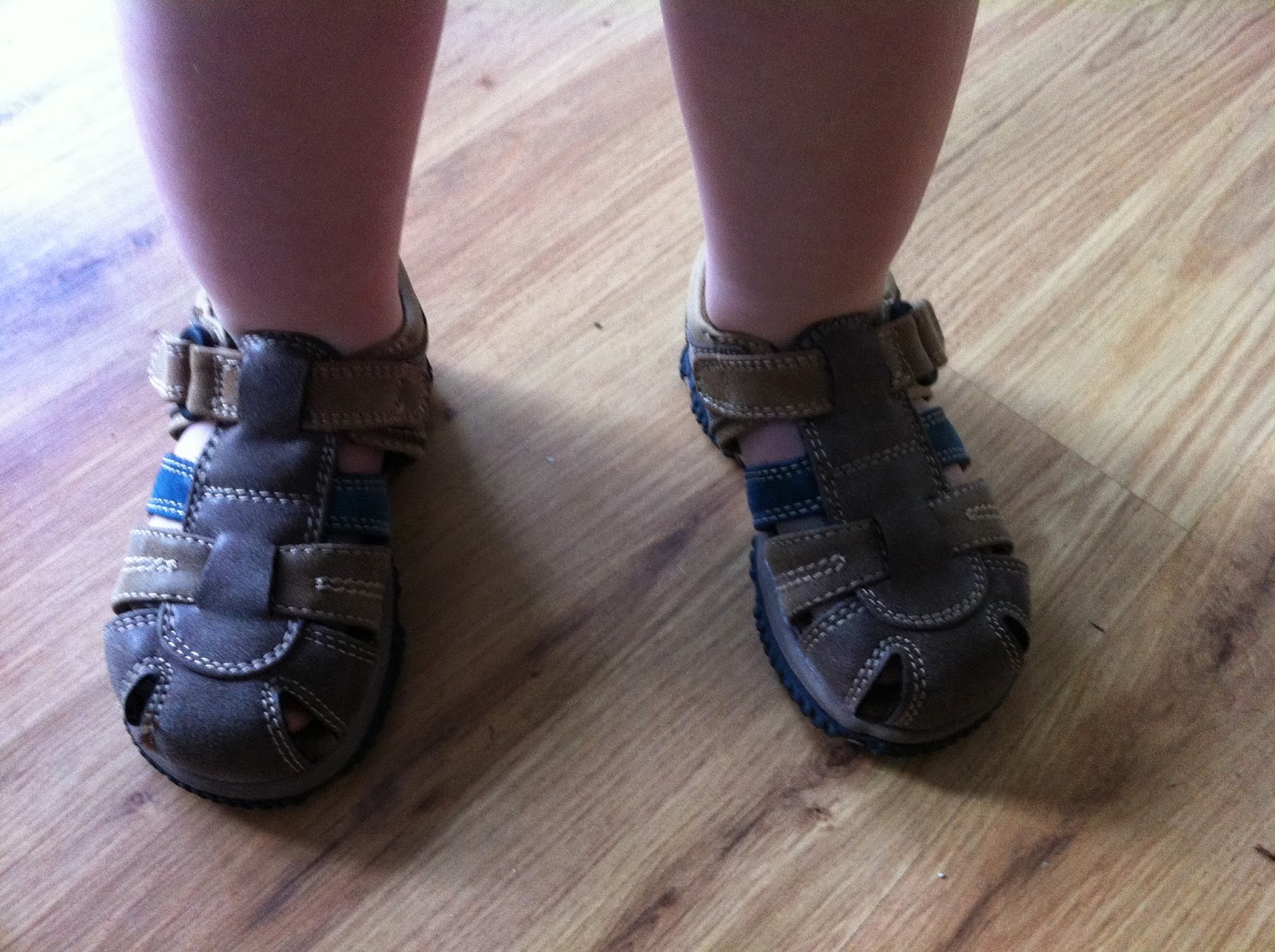 We took him to Stride Rite on Saturday so that he could get his feet measured, and it was Not Easy, since he was not in a cooperative mood.  Of course it didn’t help that the shop attendant was rather slow with the measuring, so missed the five-second window in which Owen was willing to keep his foot still.  He wears a size 7: his once dinner rolls are now clodhoppers. 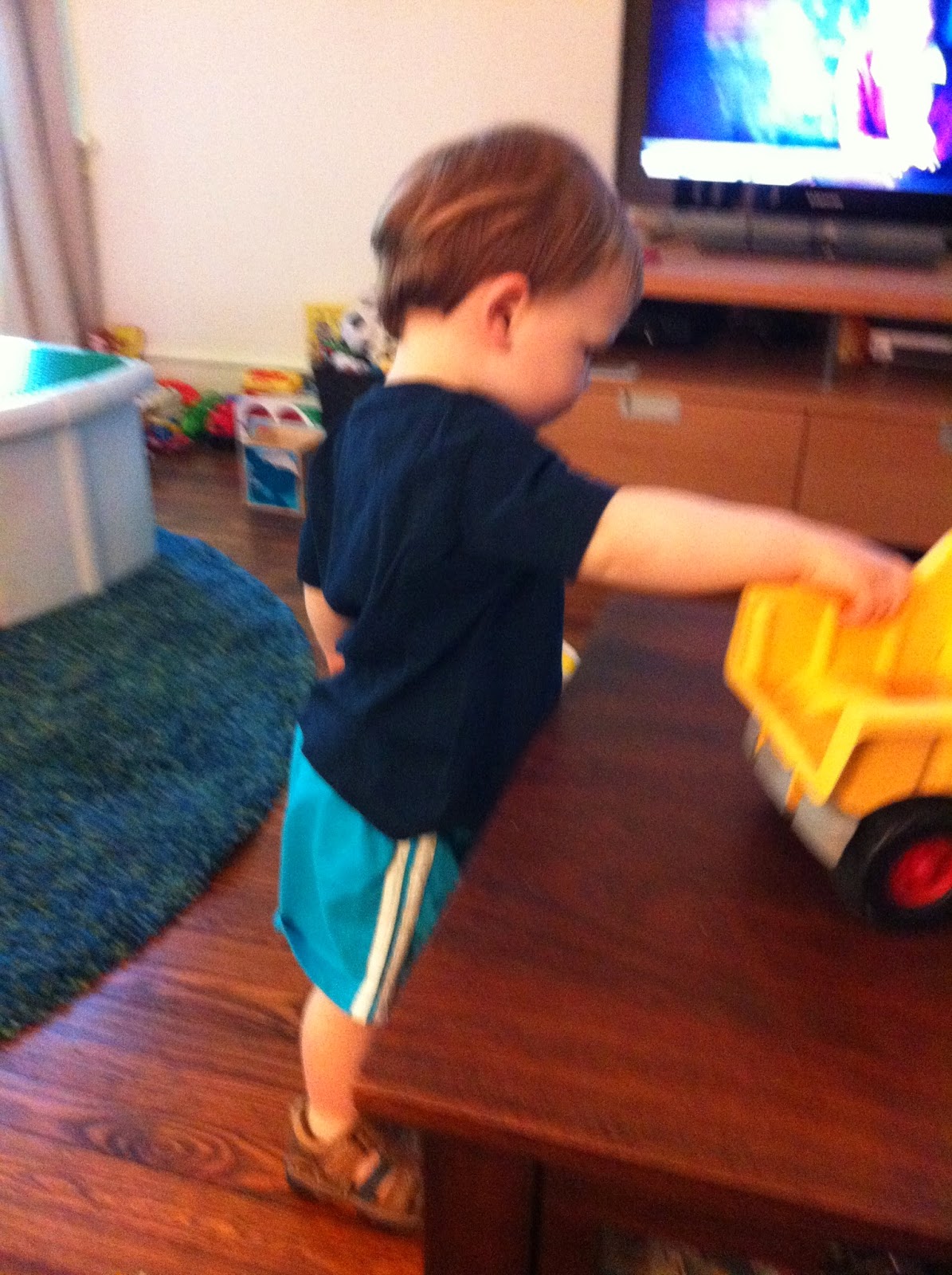 Owen really isn’t at all interested in clothes or shoes or what is put on his person, even if, say, it’s a shirt with an animal on it that will usually get him excited in other contexts.  Like his father, he is not a fashionista, which I suppose is a good thing as it means I’ll be able to put him in clothes that I like. 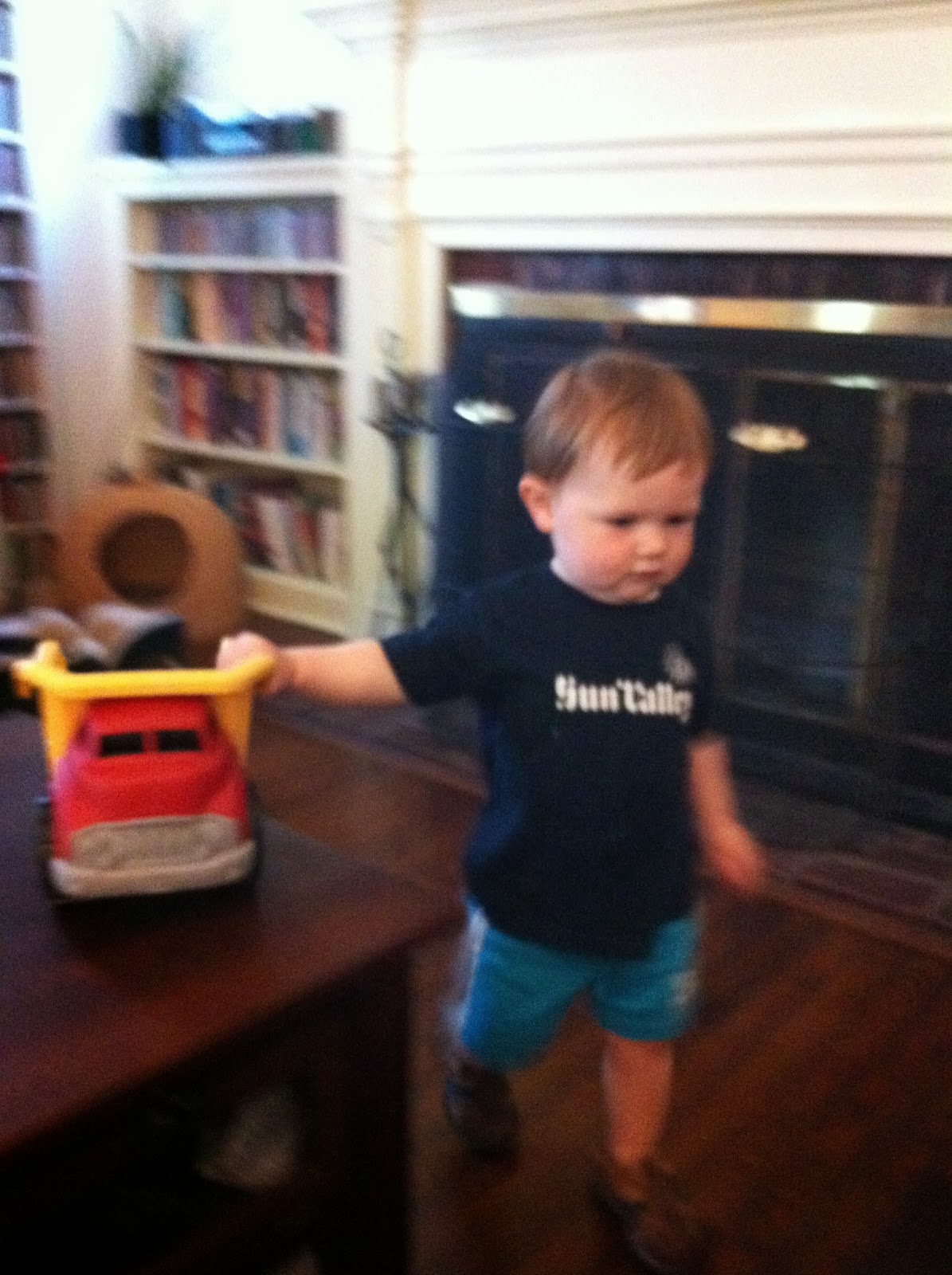 For the record, Sean is not a fan of these sandals (or any sandals), and kept saying that Owen looked like a Republican, and called him “Jeb.”  Regardless, I think I shall also get Owen a pair of saltwater sandals to have as a back-up. 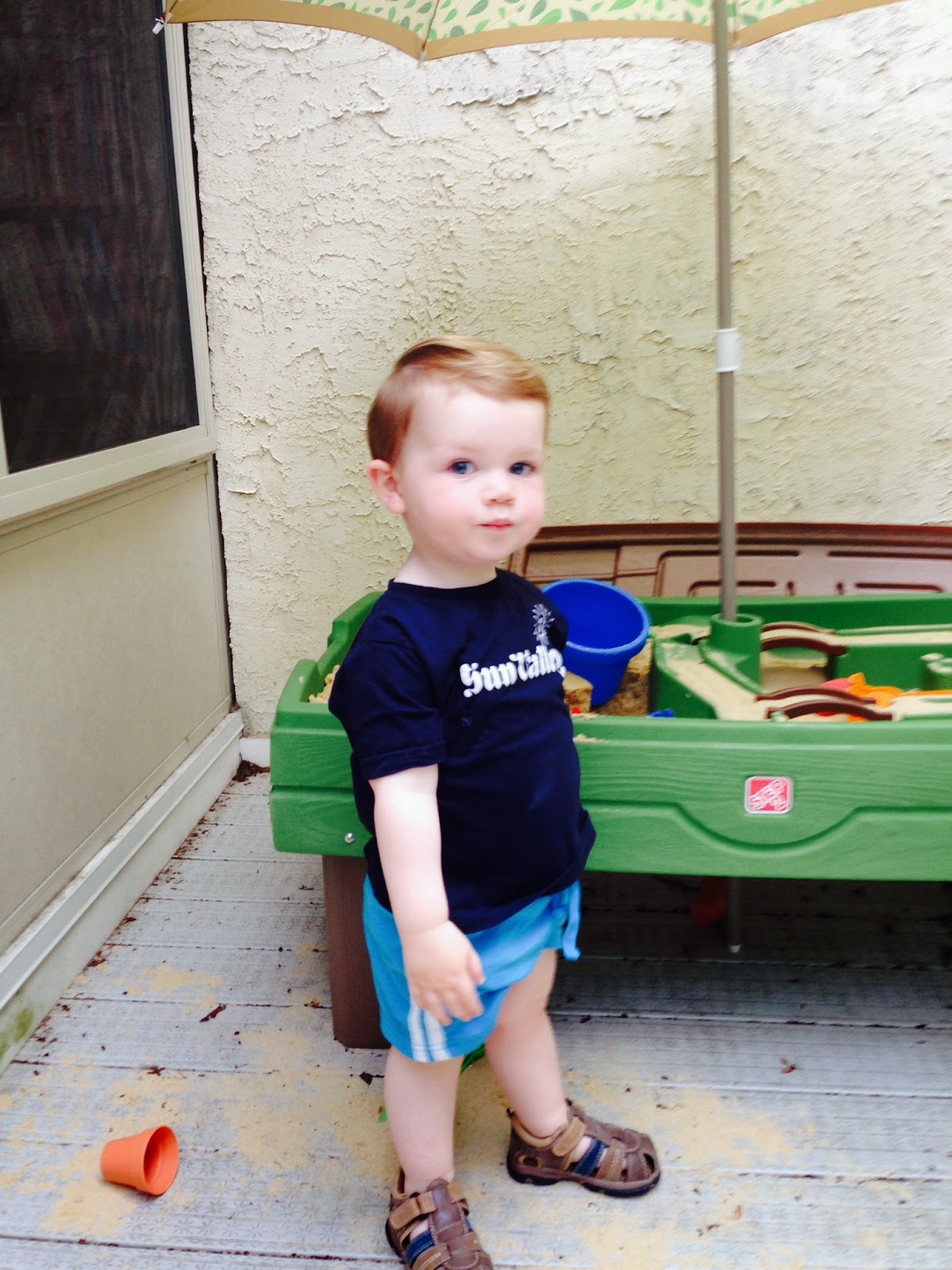 Here he is in a different pair of shorts on another hot day last week. 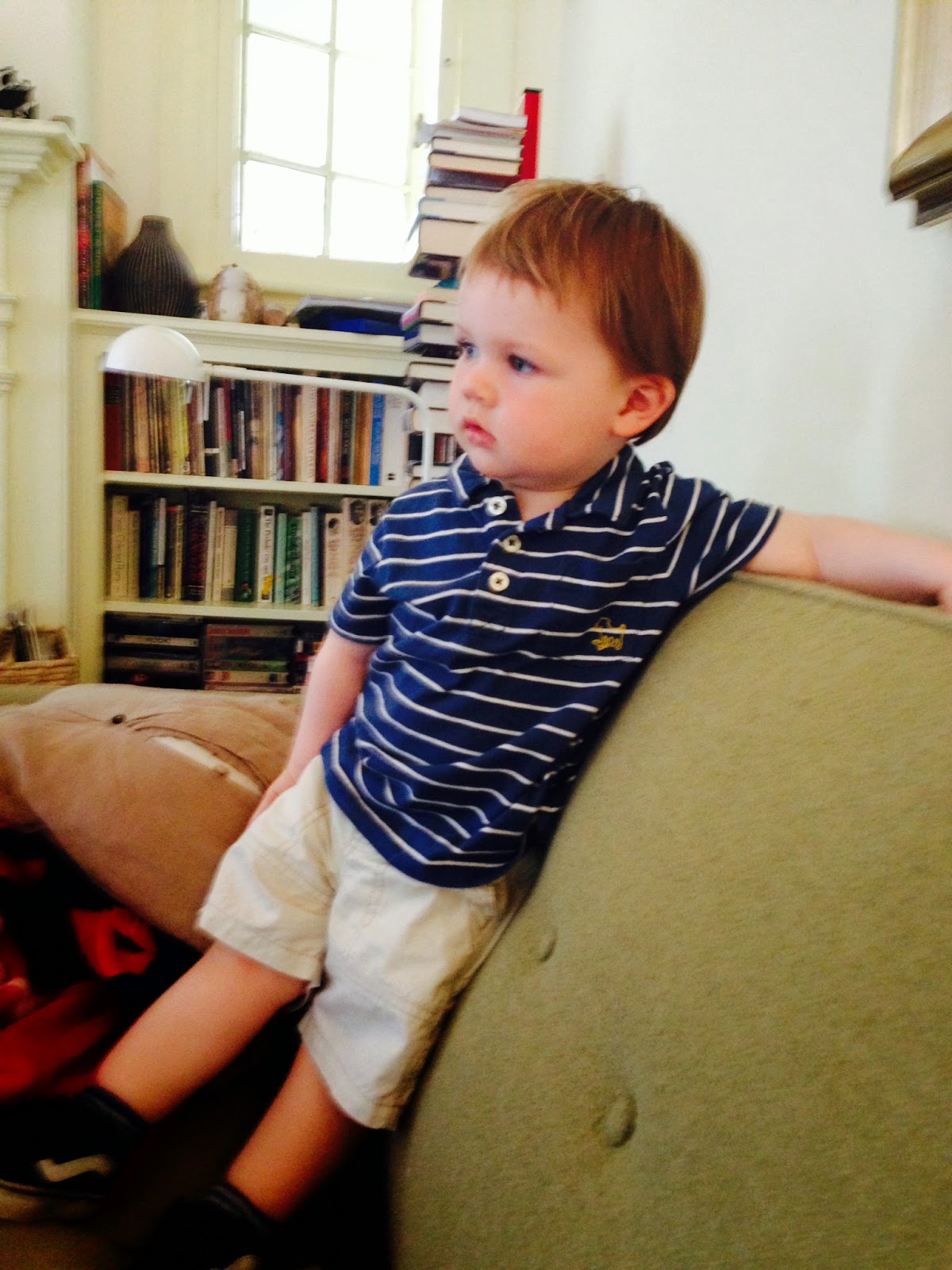 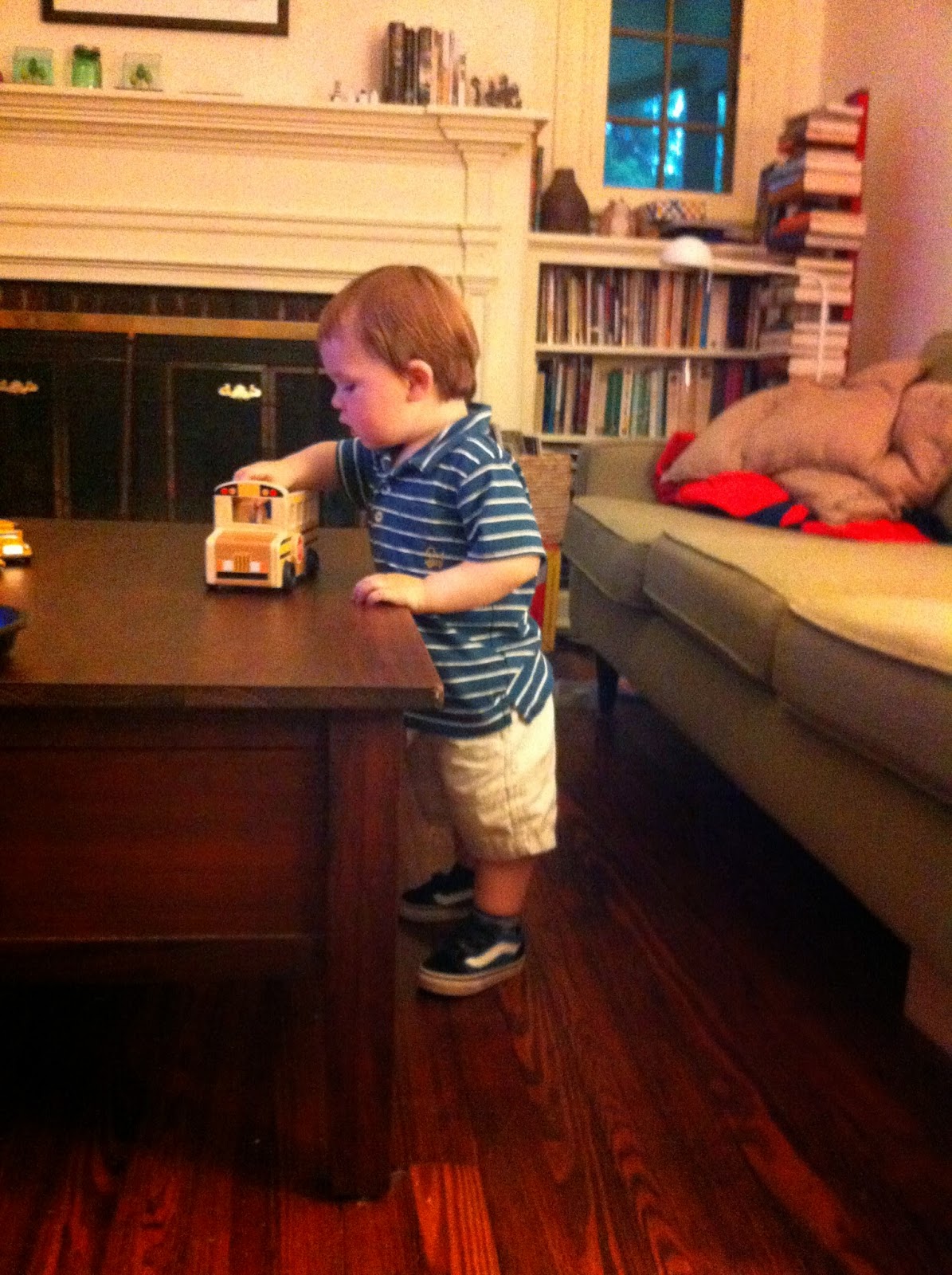 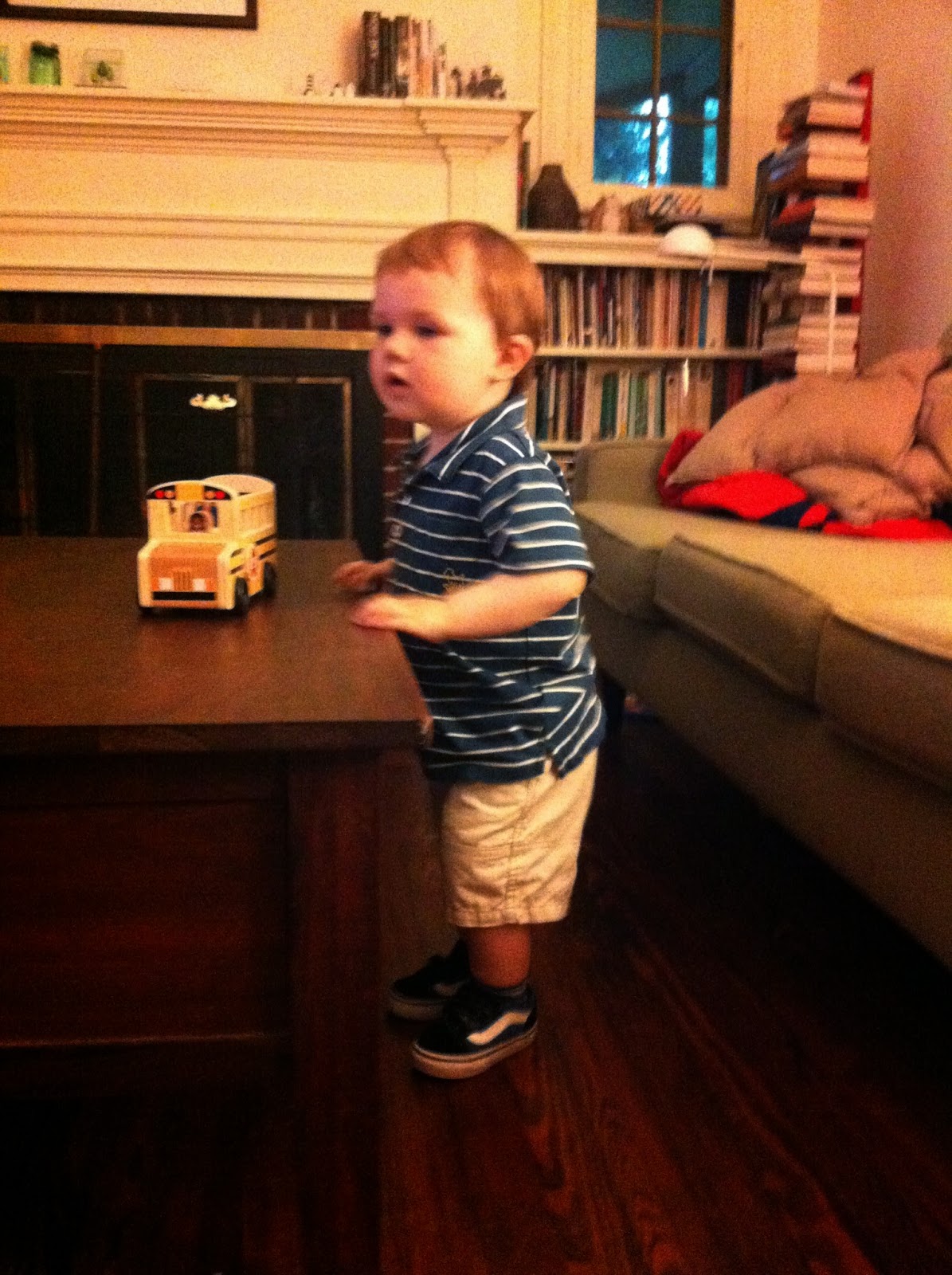 Posted by Elizabeth at 7:59 PM