We took Owen to the Philadelphia Zoo for the first time on Memorial Day weekend.  We ended up getting a yearly membership, since supposedly if you go more than twice a year you pay more than the membership costs, so it seemed like a good deal.  Plus it is really quite a fine city zoo, and very child-oriented, as the hordes (and hordes and hordes—really, if you are pedophobic, don’t come to this zoo) of toddlers and their parents can attest. 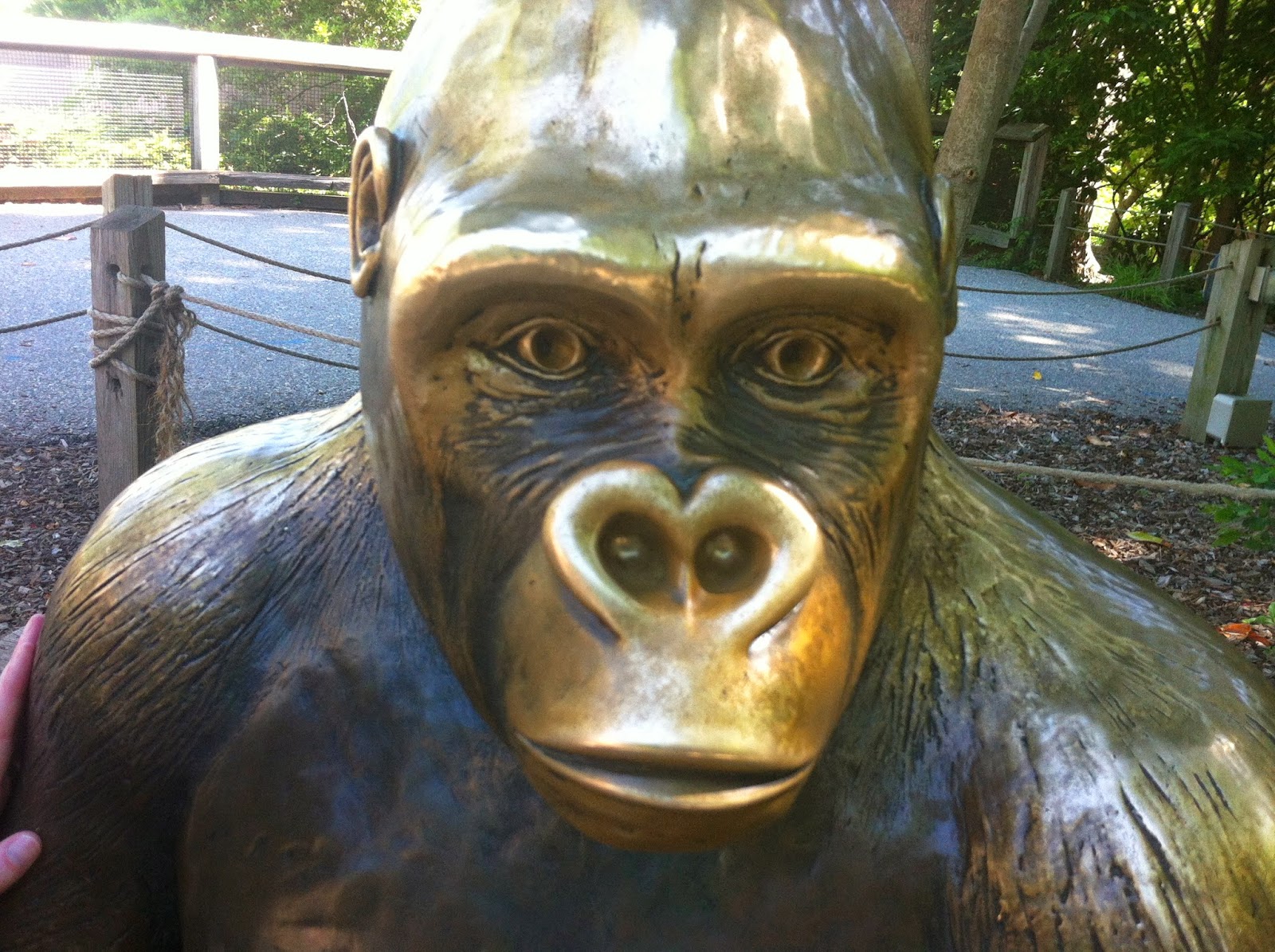 It was a little hard to tell just how much Owen enjoyed it – a lot of the animals are of course towards the back of their enclosures, so I wasn’t always sure if Owen was seeing them or not.  For example, he was very excited to see the giraffes, but then I realized he was staring at some giraffe statues outside of the pen and not the three giraffes eating leaves in the back. 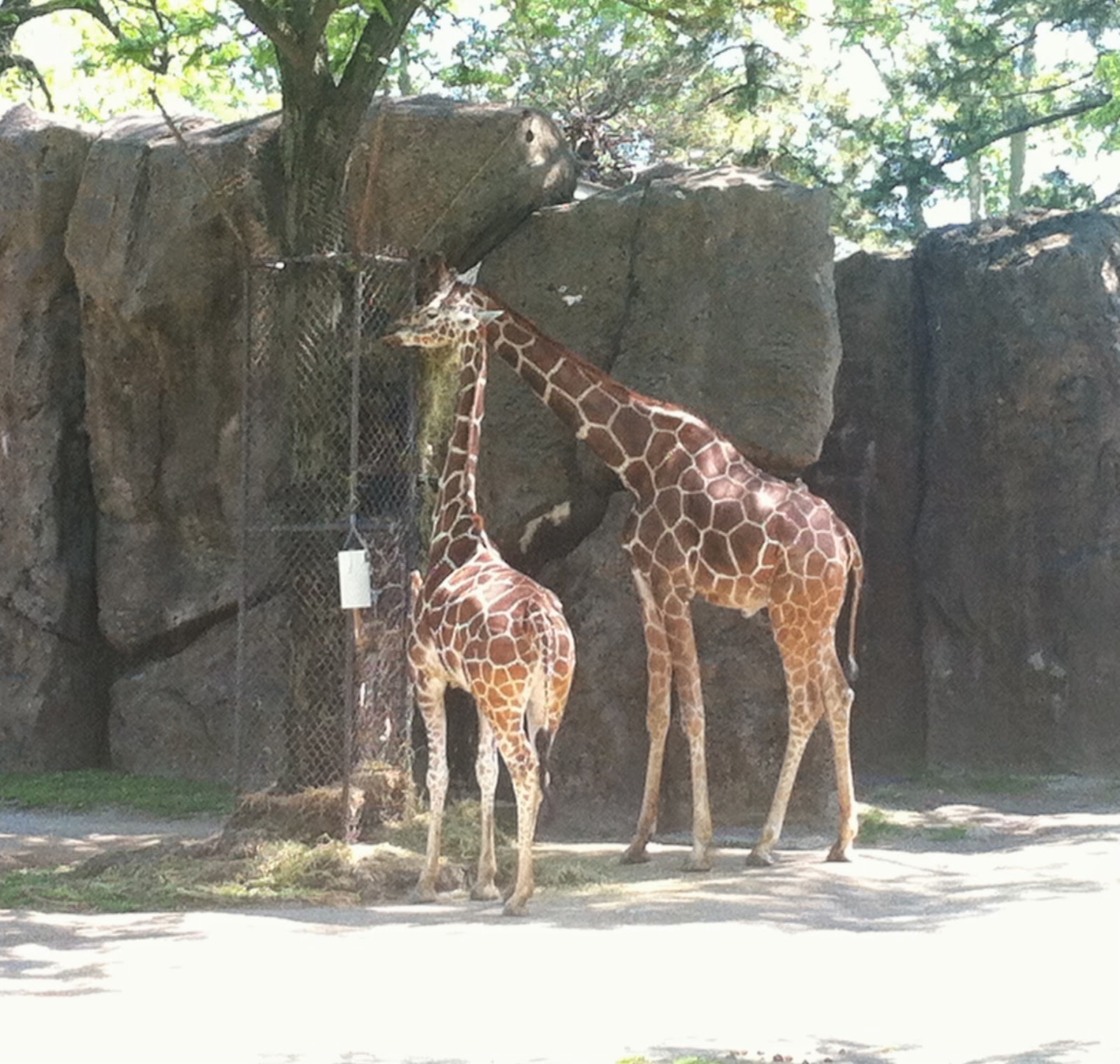 He enjoyed a few monkeys, the polar bear, a camel, and a rhinoceros, but his favorite was definitely a statue of a bear that had water coming out of his mouth.  He played with the water for a long time before I carried him off all liquid-boned and in major hissy fit mode. 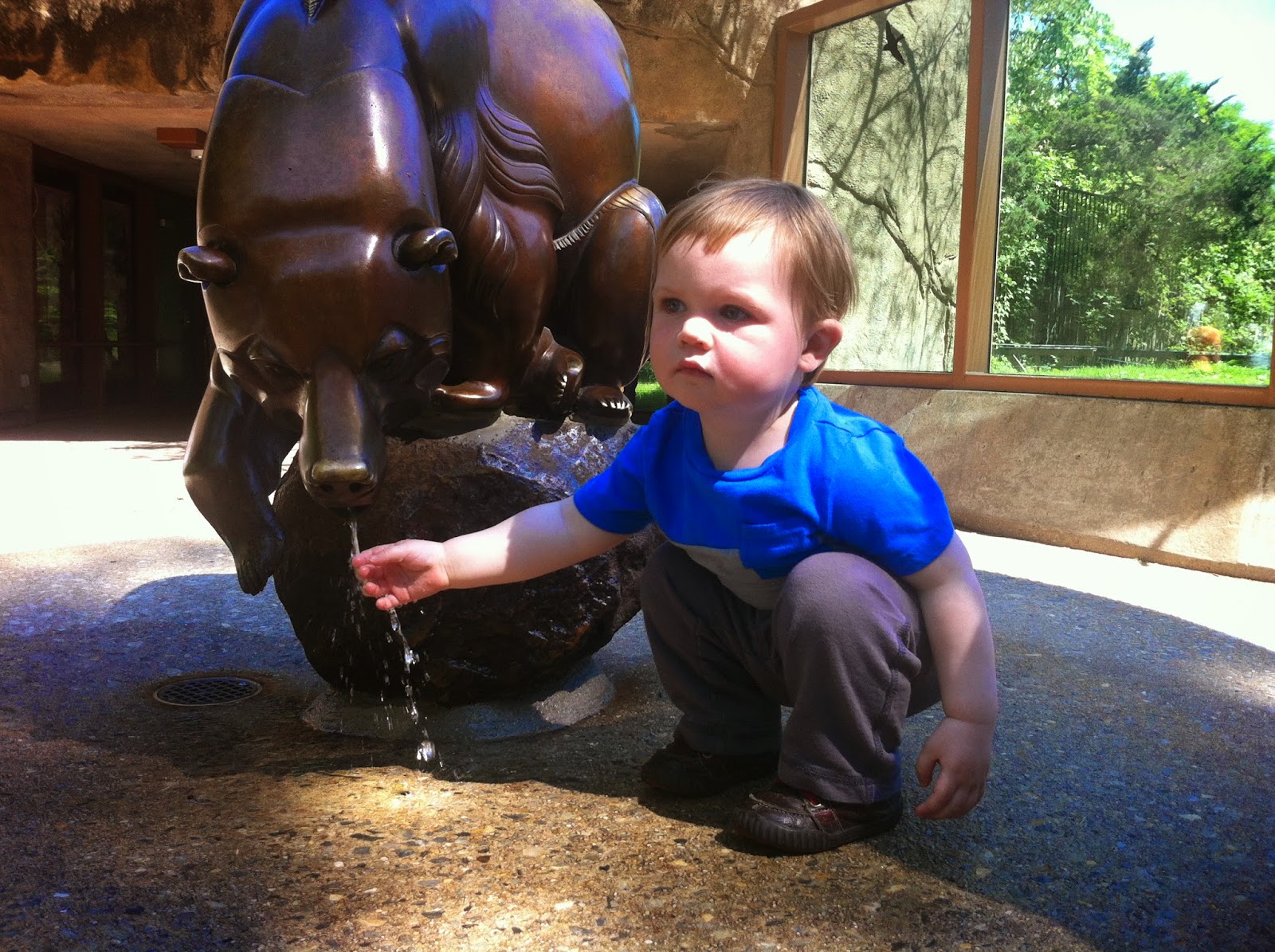 Owen actually seemed most excited when we said it was time to go.  Then as we pushed him in the stroller on our way out he said goodbye to everyone he saw.  Perhaps he was overwhelmed by the crowds?  At any rate, I think he will enjoy his second visit more.

The next day we went to a wee Memorial Day parade in a nearby town and Owen liked that very much, especially the marching band and the marching bagpipe band.  Here he is looking patriotic: 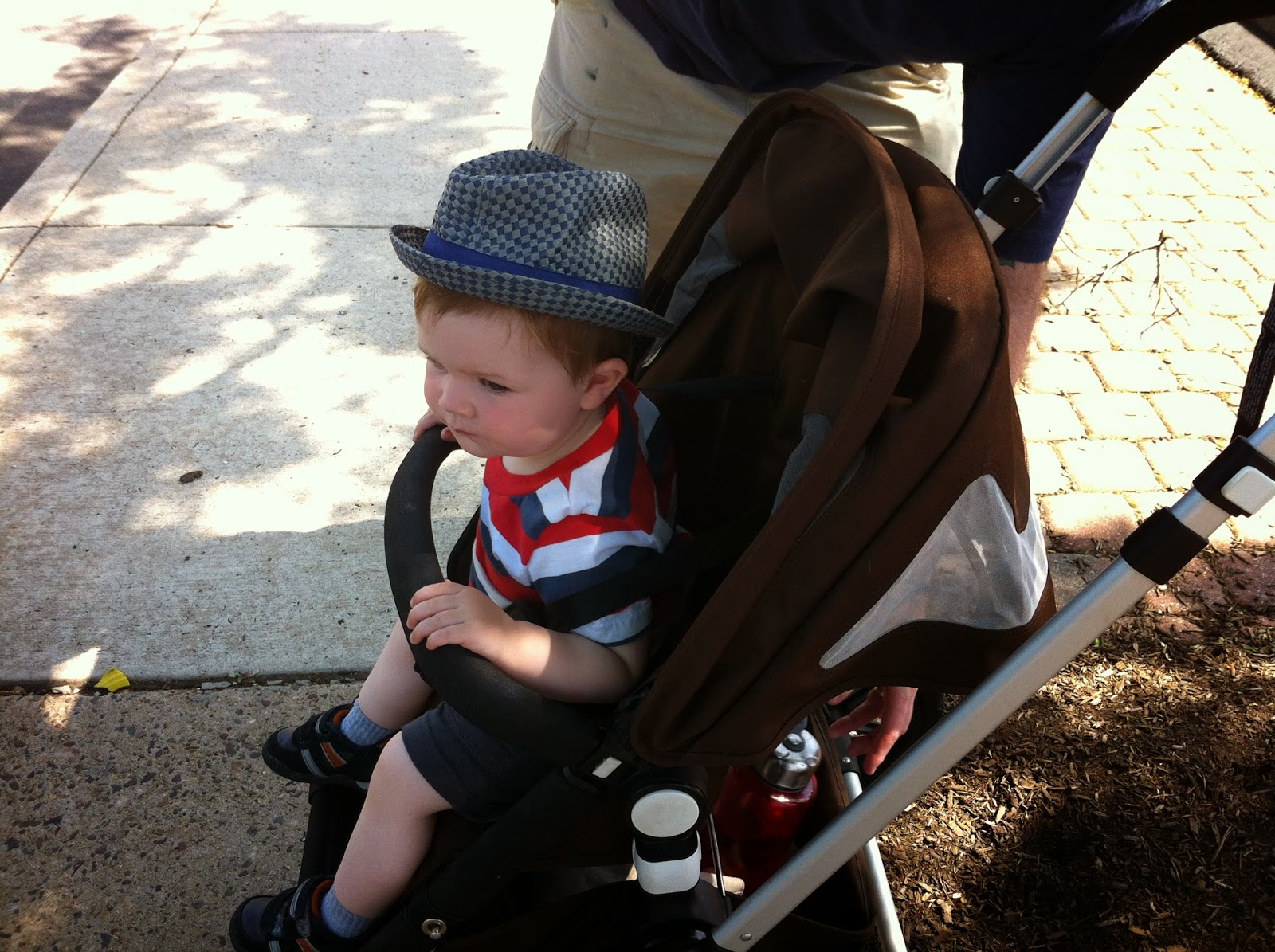 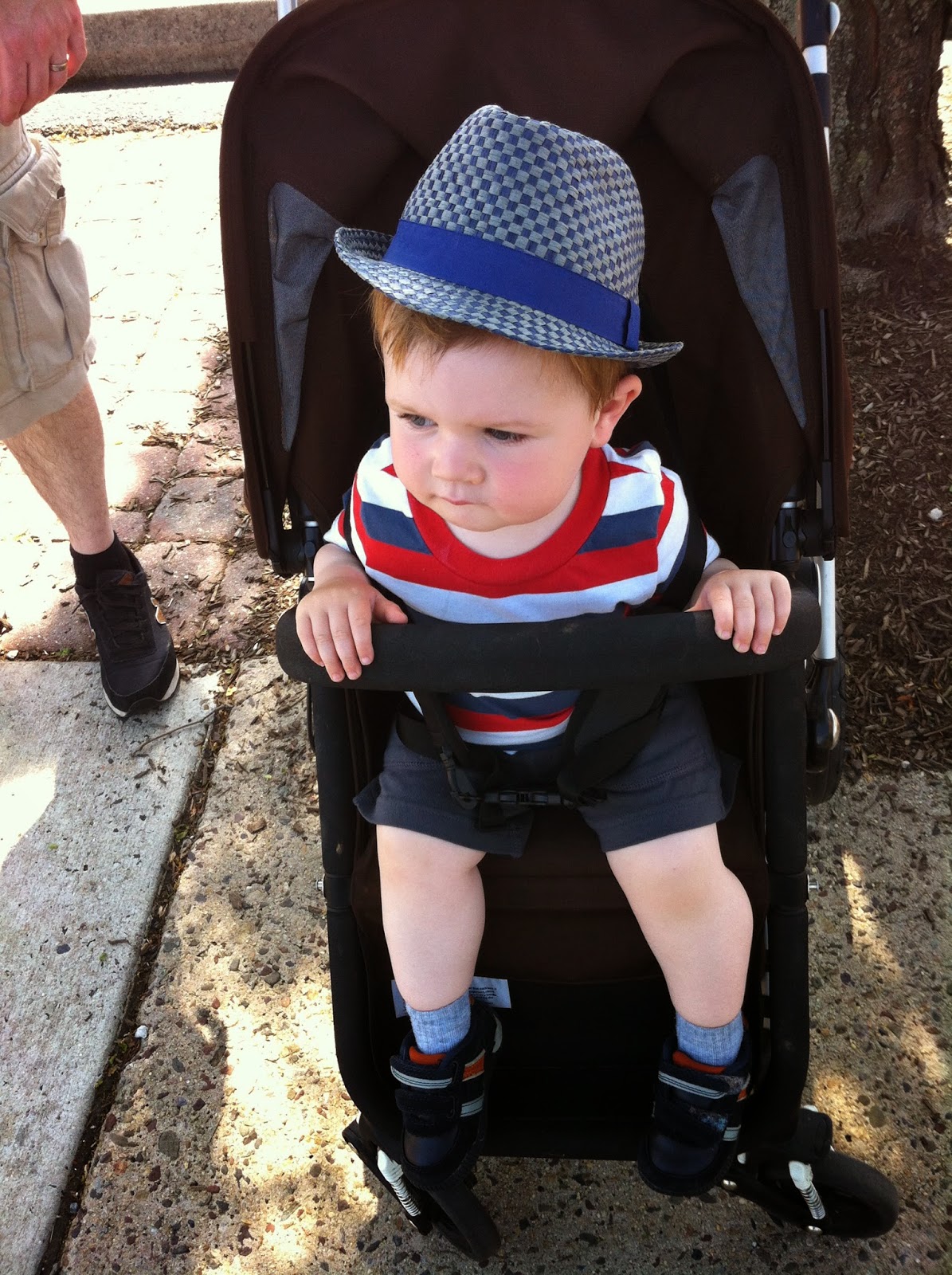 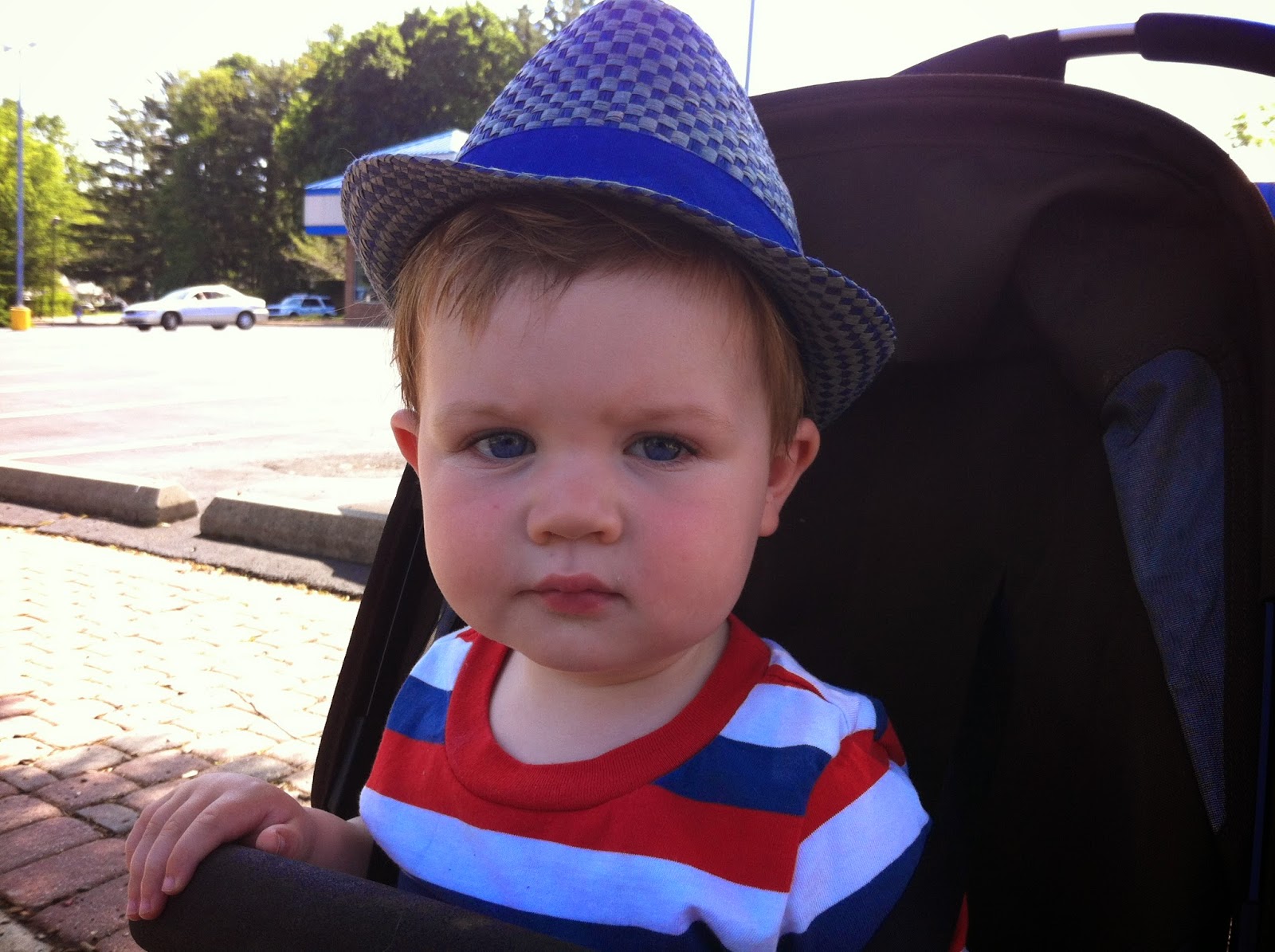 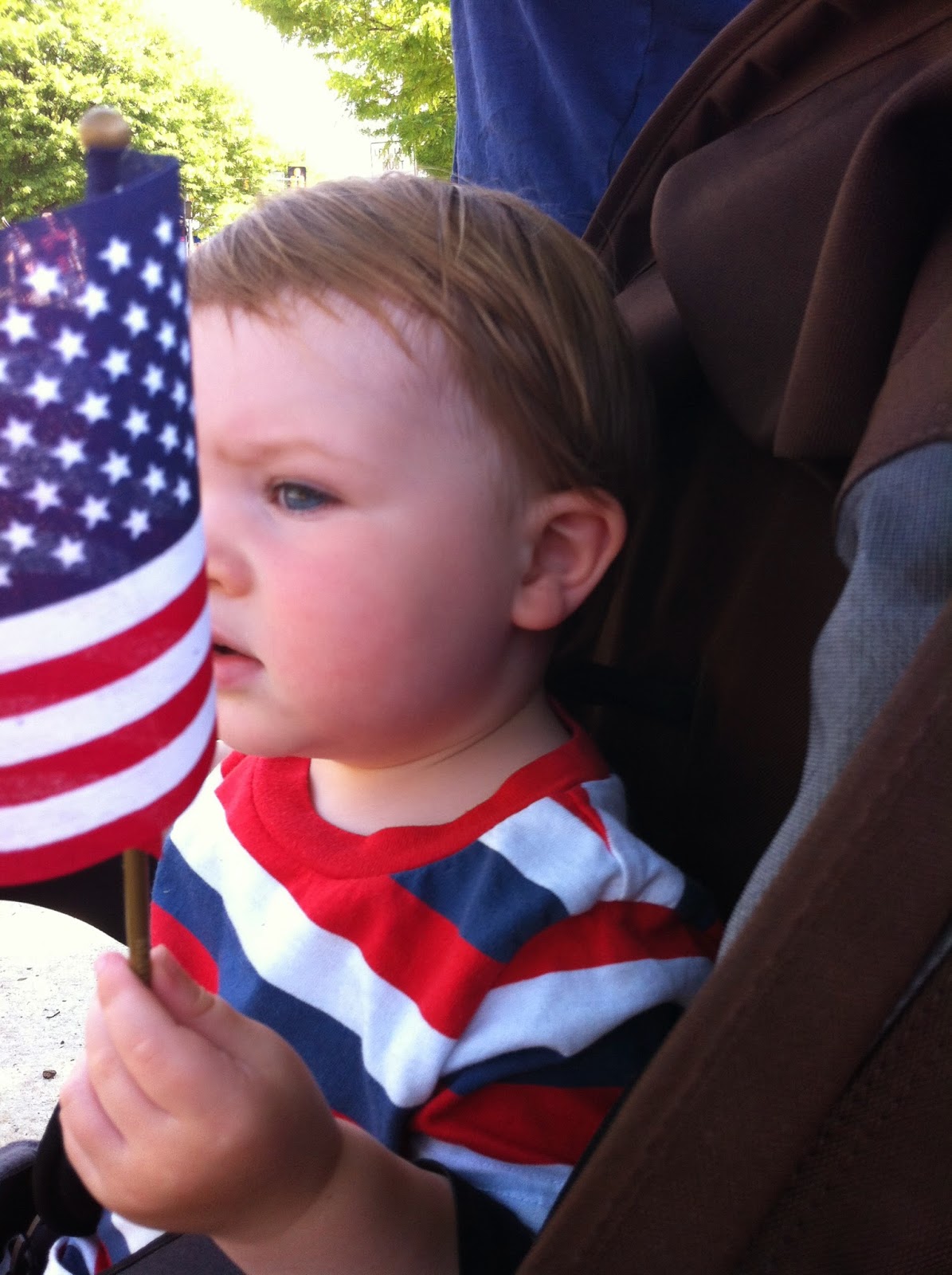 Owen is all about cars and trucks right now, so he was also excited when the fire trucks went by....

Posted by Elizabeth at 8:18 PM