Once Owen reached toddlerhood, he remained pretty easy to dress, in that he didn’t really care very much about what we put on his person.  He had no color restrictions or problems with tags or anything like that.  Since the jeans, corduroys, and khaki-type pants for toddlers are so stiff and restrictive around the waist and torso (as I have complained about here before), we basically put him in soft gray, navy, or black pants made out of sweatsuit material and then a long sleeved shirt and sweater when needed. 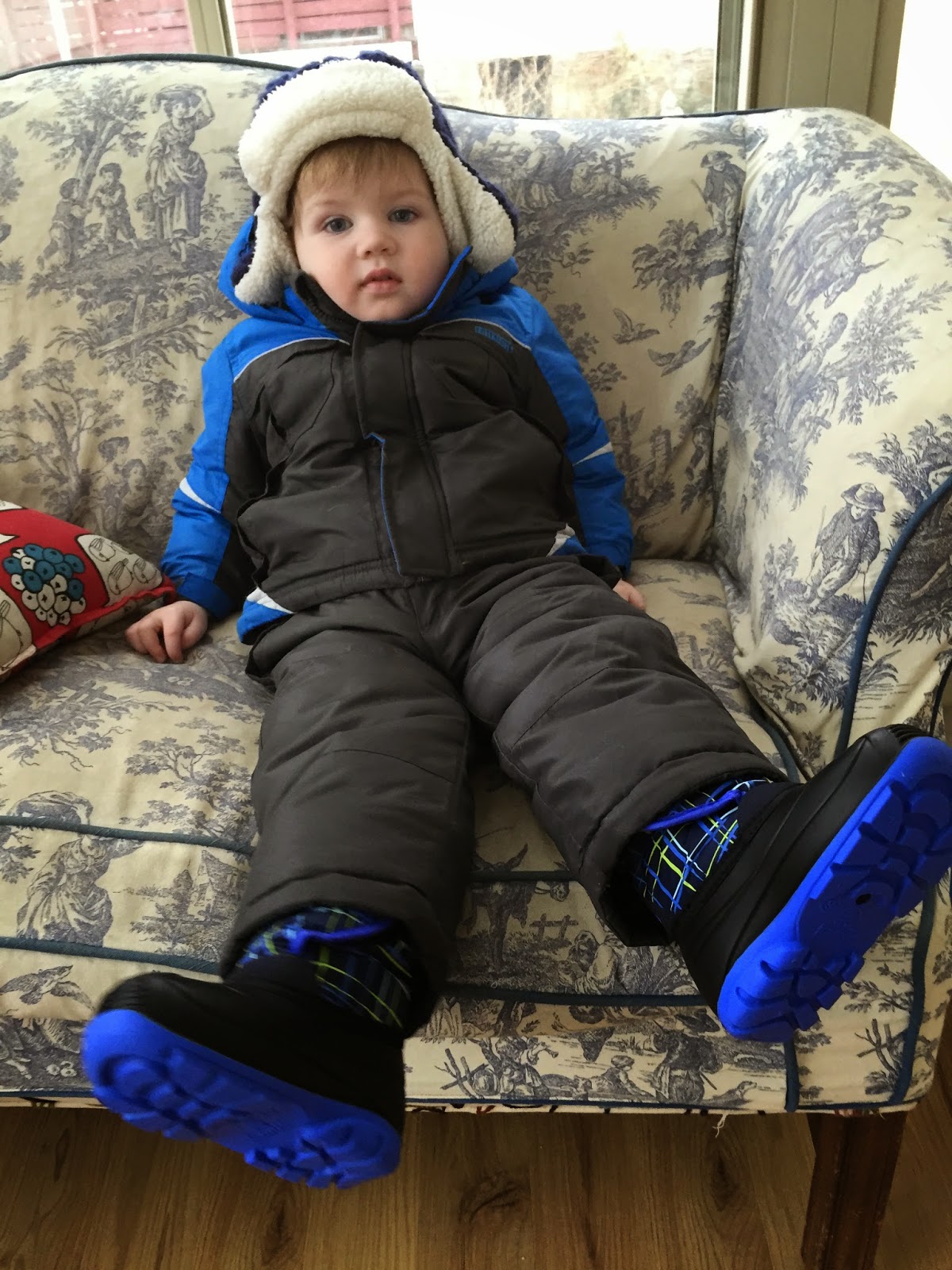 Lately, however, he has started having an opinion on some of his clothes – probably because he is now two and a half, and thus dealing with the dreaded half-year fussies.  He always wants to wear one particular white t-shirt with bats on it and it takes a long time for me to convince him that it is in the hamper.  He also now gets very upset when I put a sweater on him – no matter which sweater I choose.  He’d prefer to wear a zipper hoodie, which is fine, although even getting one of those on him is a hassle.  I do always end up putting the sweater or jacket on him, so it’s not a battle that he wins, (it’s cold out, after all!) but it is still a battle he chooses to fight. 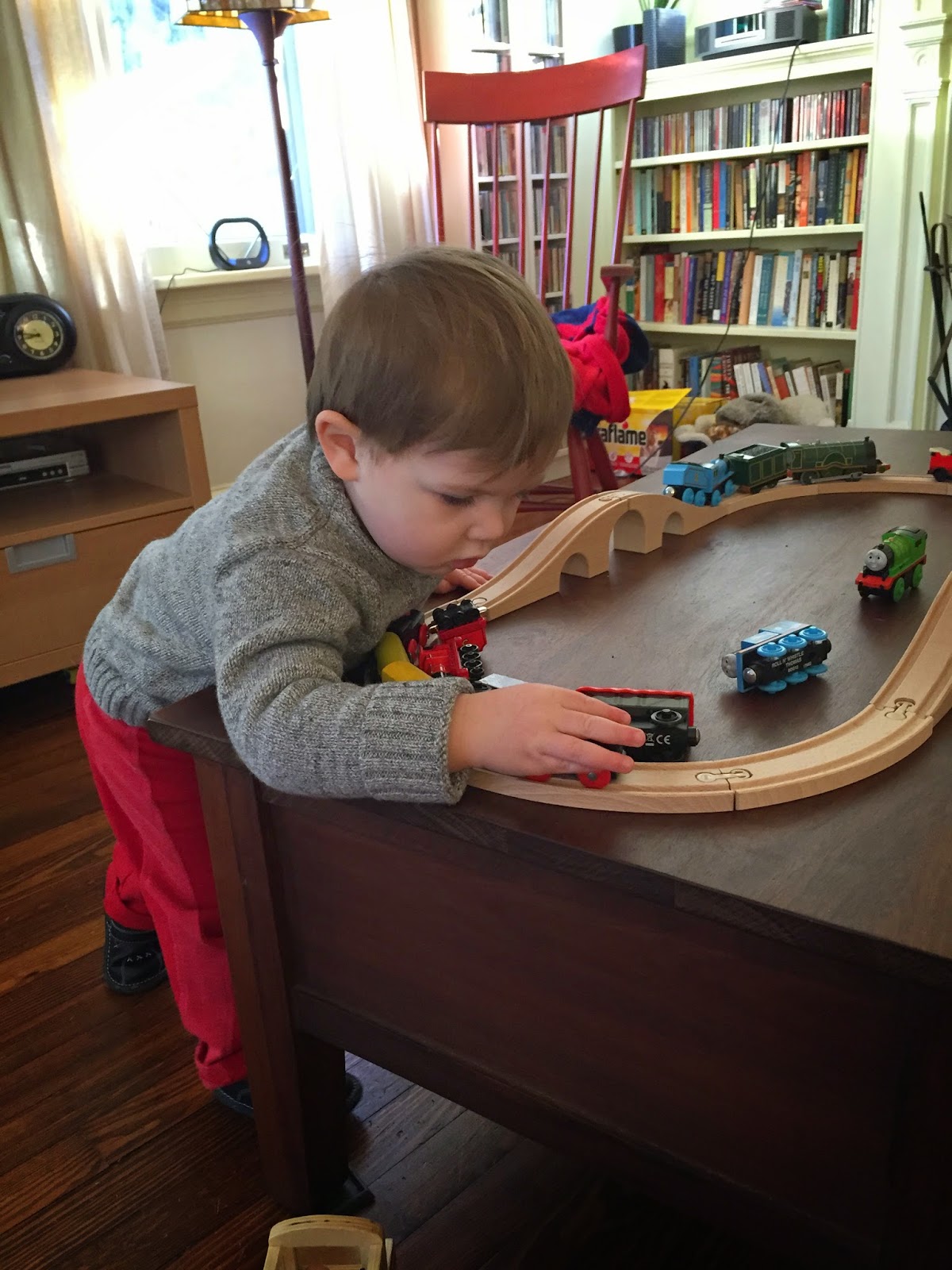 The other day I put him in red pants and then wouldn’t put him in the bright orange shirt he wanted to wear with the red pants.  Does it matter if a 2 year-old matches?  Probably not, but I didn’t want to have to look at the red and orange all day.  I then picked out a pair of argyle socks that had red in them, and when Owen saw them he said, “No kites!”  So I had to find a plain pair of socks for him to put on.

He will also lose one shoe often, accidentally on purpose, and then when he brings it to me to put back on and I sit him down so that I can do so, and lift the shoe to his foot, he’ll exclaim, “Not that one!”  Um, okay.  But since he only has two pairs of shoes, not counting his boots, his options are rather limited…. 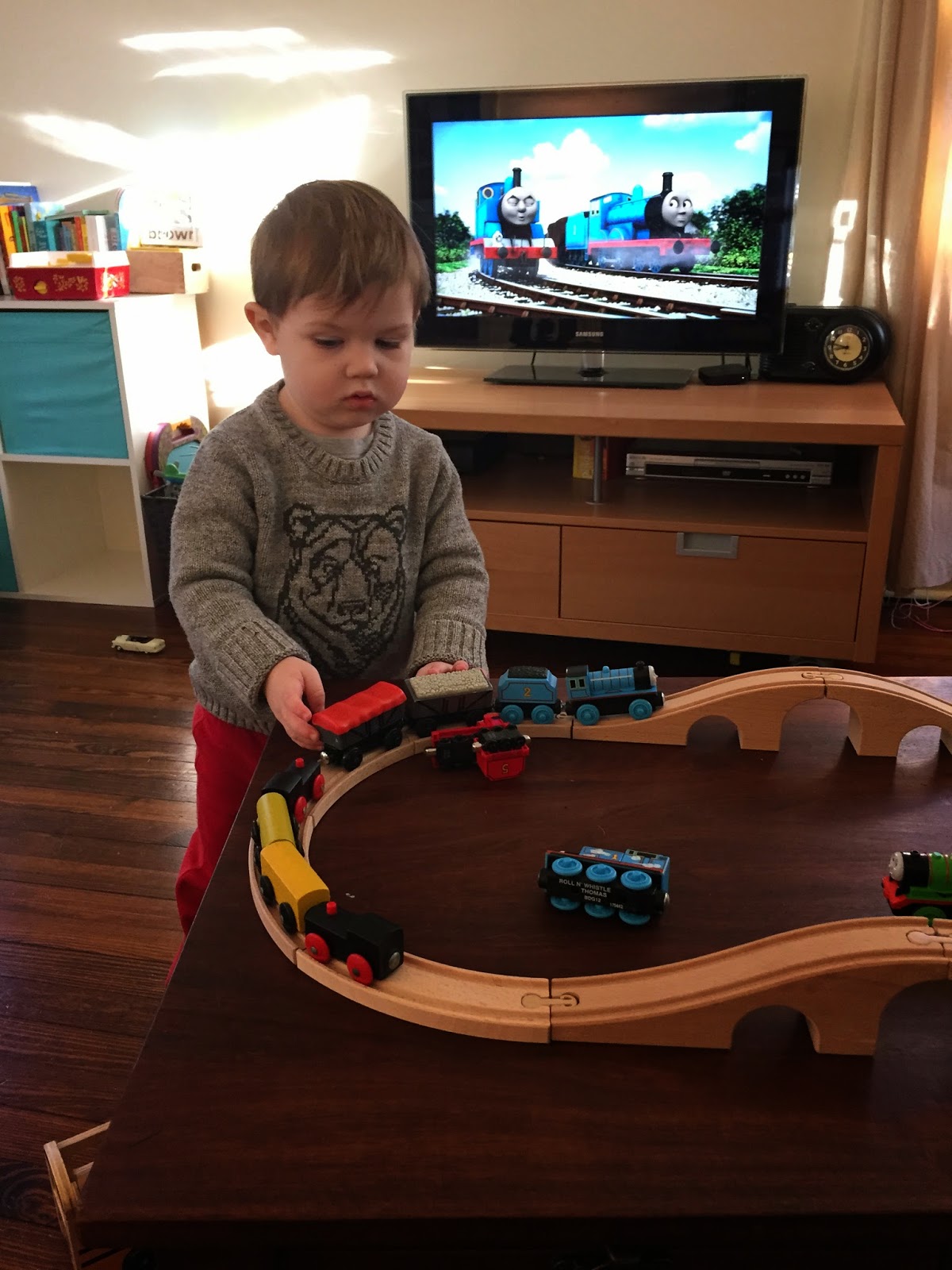 Last night I was getting him dressed after his bath and as usual, he had the toddler equivalent of the post-bath zoomies and was being very kicky.  All of a sudden, however, he stopped kicking me and said, “I’m sorry my leg kicked you, Mommy.”  Sort of not unlike “mistakes were made,” but hey!  I’ll accept that apology.

Posted by Elizabeth at 9:20 PM