Owen had his two-and-a-half year doctor’s visit yesterday morning and it was a relatively uneventful visit, which was good.  He was calmer than in previous visits, and only really got upset for the shot and the measuring (which he thought was going to be the shot, since both take place supine on the table).  He also hates the weighing out in the hall in nothing but a diaper—but what’s to like about that?

We were waiting for the doctor to come into our exam room, and Owen was marching around in nothing but a diaper, and kept suggesting hopefully, “Doctor went home.”  Nice try, kid!

He is in the 43rd percentile for height, so I guess he is following in his father’s footsteps, since I’m told Sean was on the short side until 9th grade when he became a very non-short 6’4”.  Owen is 69th percentile in weight, and most of that is thanks to pretzel sticks.

He was able to be social with the nurse, and gave her a high five when she asked.  He was fine with the ear exams and the mouth exams and even giggled when the stethoscope was used.

I wouldn’t say Owen is a really shy kid, but he still tends to not want to fraternize with the enemy.  He is at his friendliest when the doctor or nurse is leaving the room, and then he is all smiles and “Goodbye, doctor!”  “See you soon!” “Have a day!”

Owen commanding an orange cat who is often in our yard
to Stay Away From Our Birds!
The cat was nowhere to be seen when the scolding was being administered,
but I suppose that is neither here nor there. 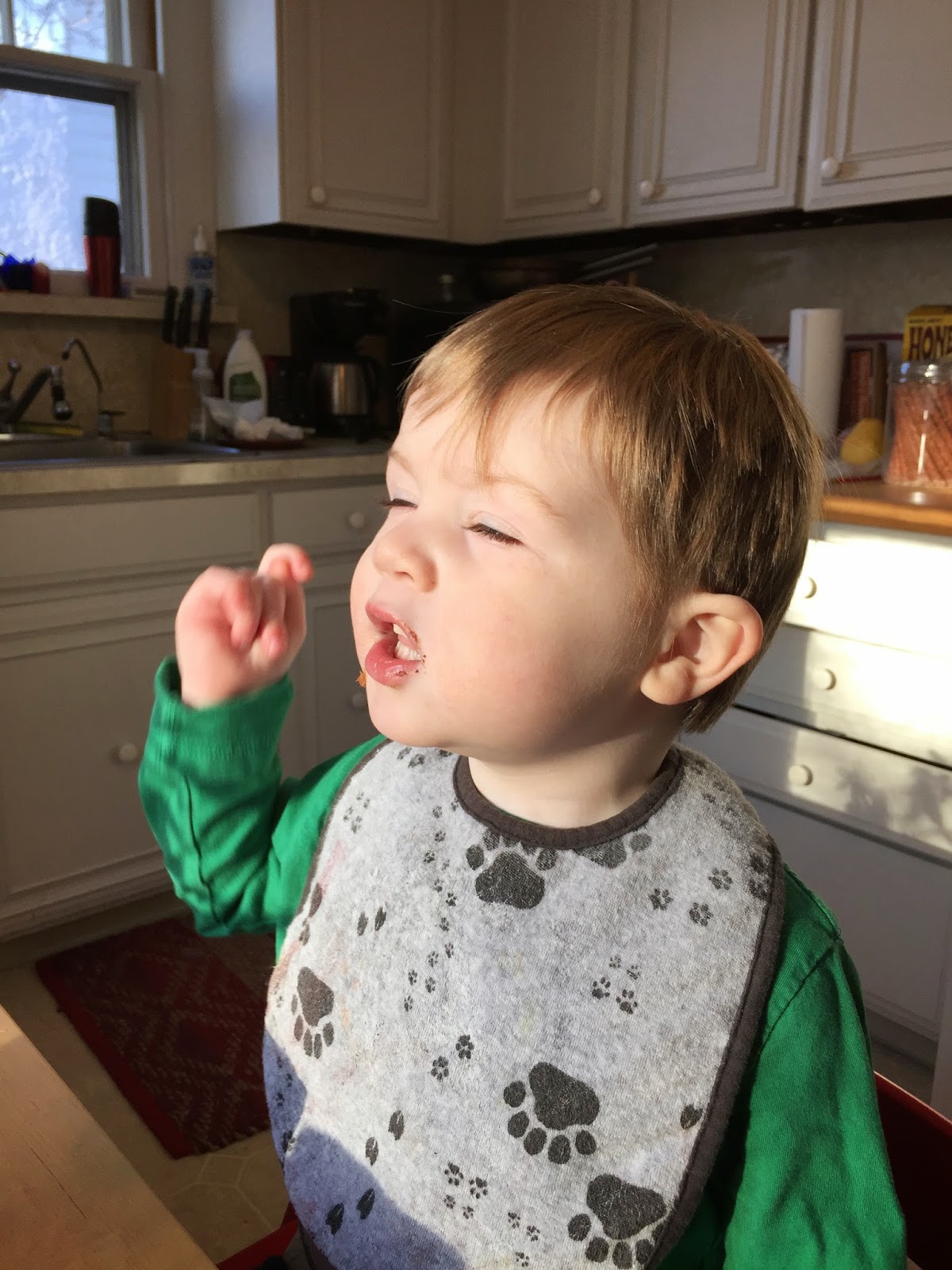 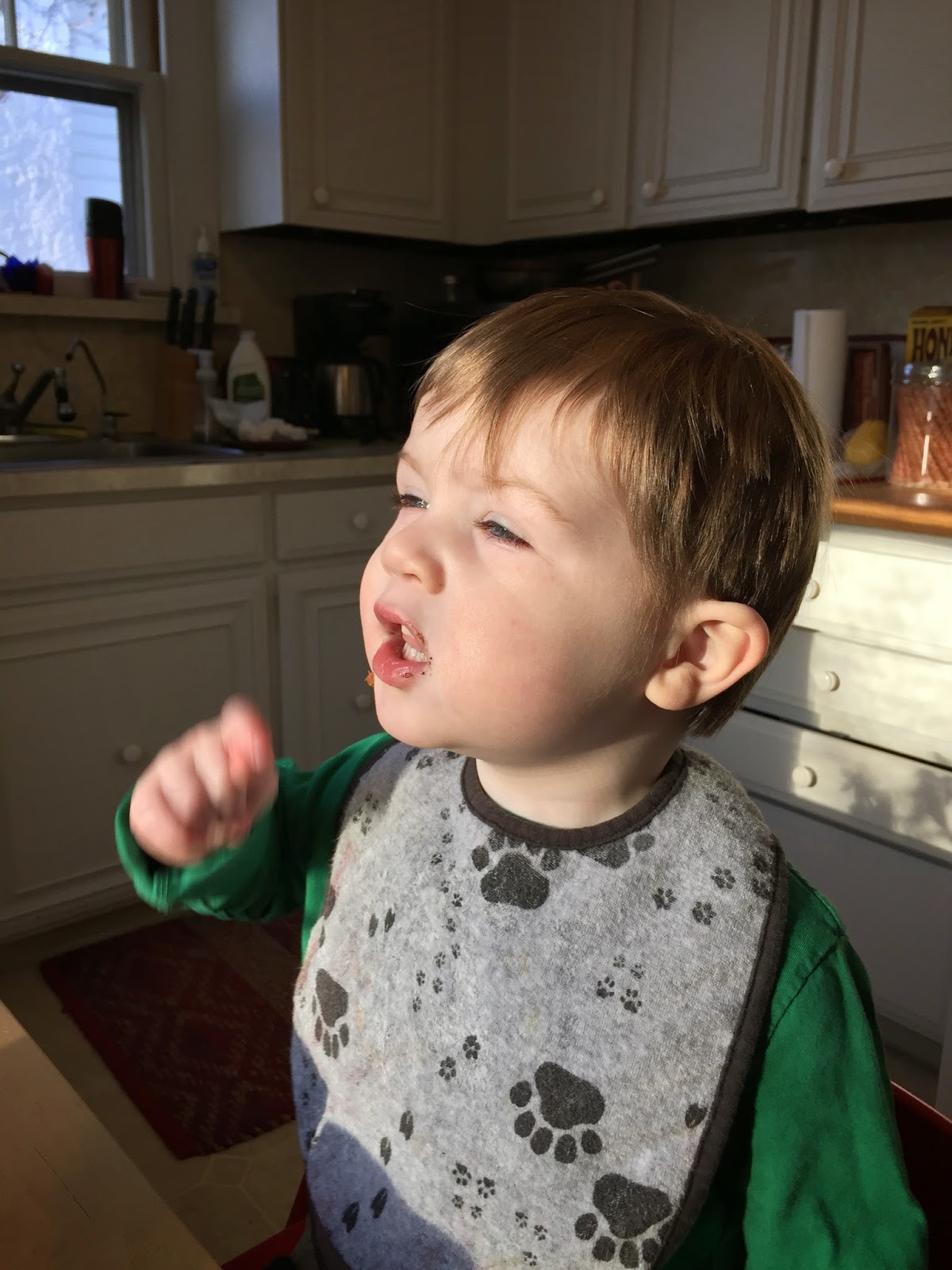 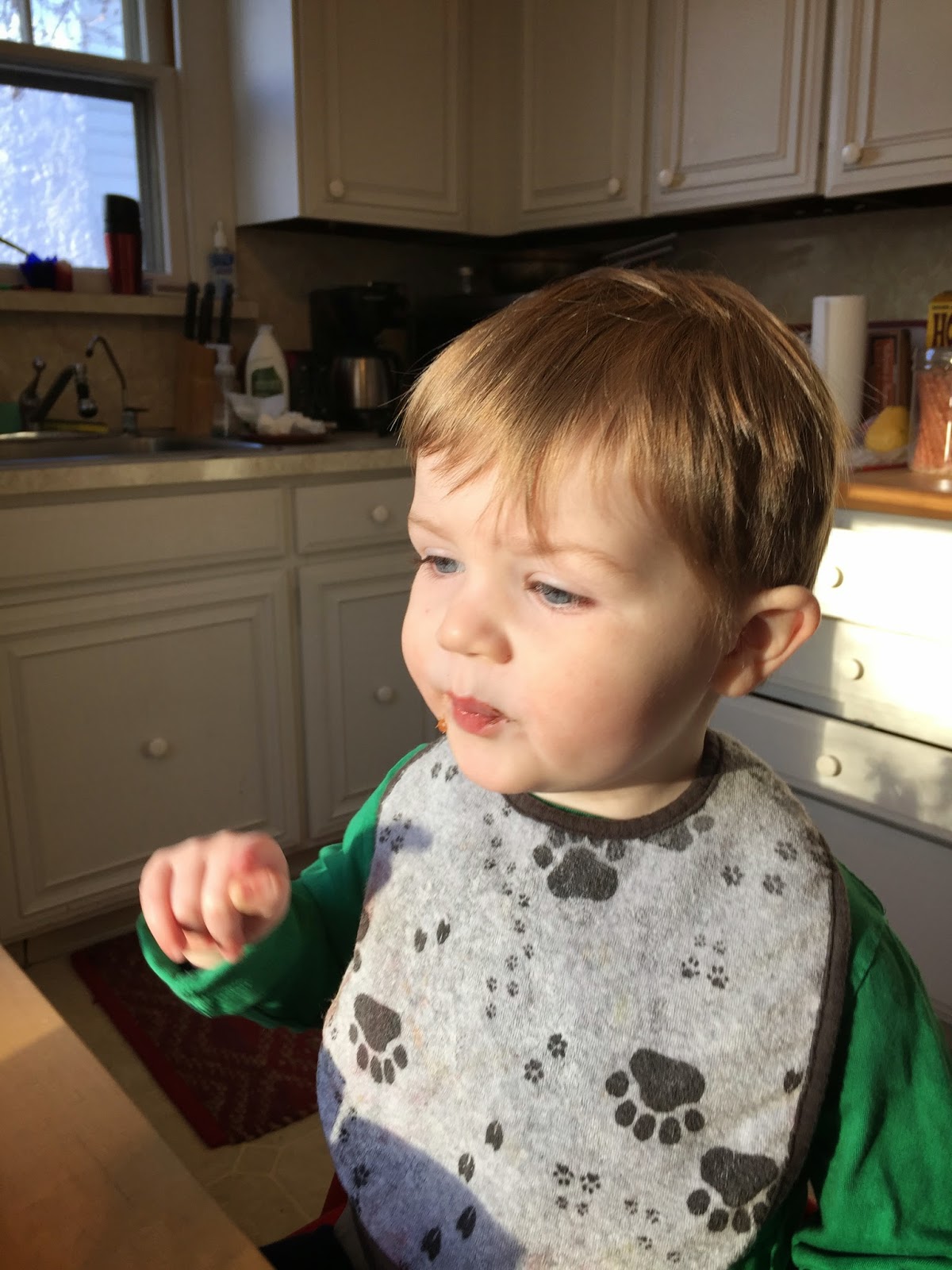 Posted by Elizabeth at 9:24 PM

Email ThisBlogThis!Share to TwitterShare to FacebookShare to Pinterest
Labels: Owen at the doctors