The Mosquito Buffet Is Closed

We have had many days with weather in the sixties as of late, which means that we can finally spend time outside without becoming a mosquito buffet.  It seems very freeing.  No smelly bug spray that doesn’t really work, and no looking down to find mosquitoes polka-dotting my legs. 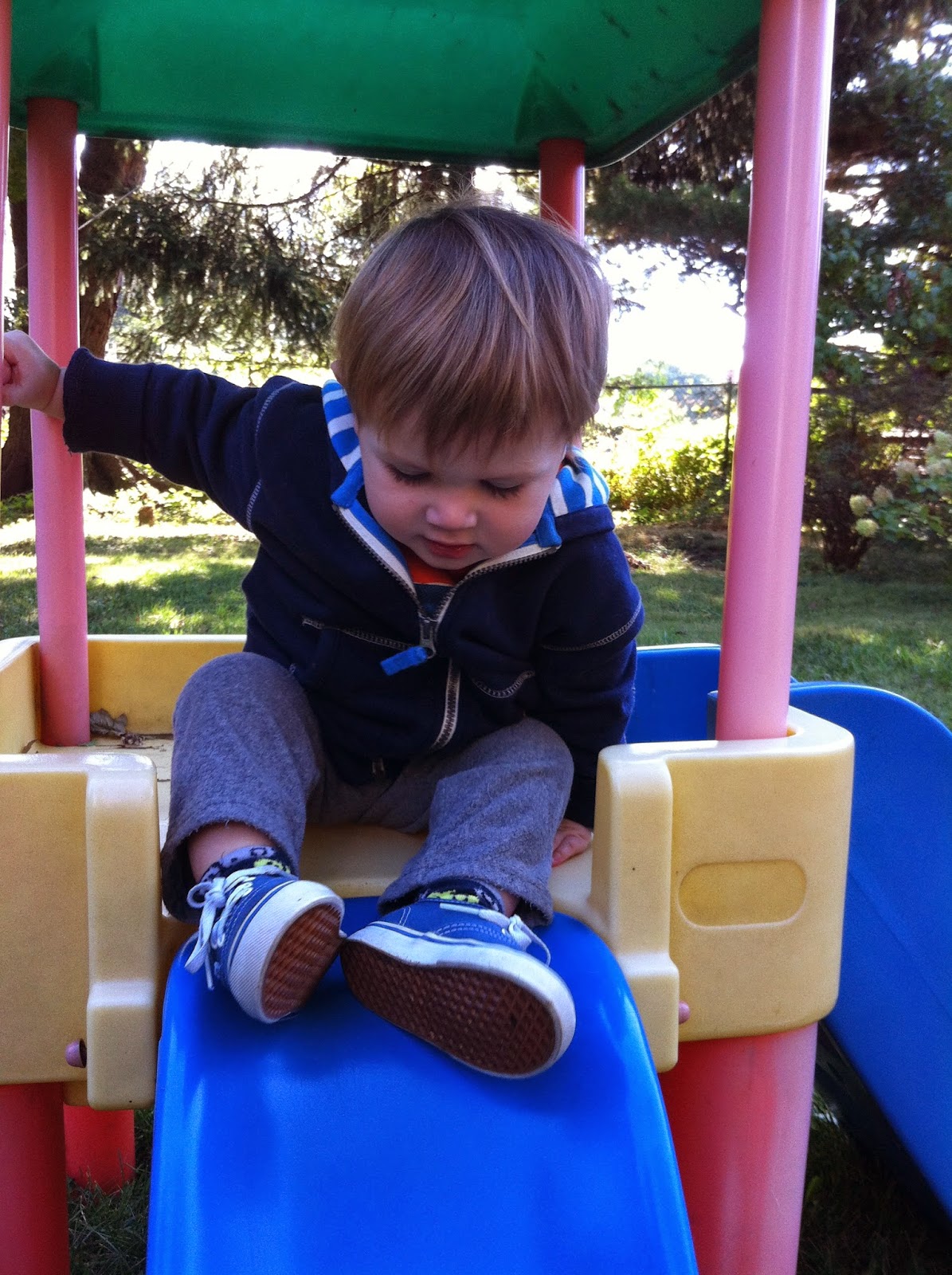 When it stopped raining this past weekend I went outside with Owen and Dorothy and enjoyed watching the birds and occasionally pulling a weed while keeping an eye on Owen and his antics.  We have a little faded slide thingie that neighbors down the street passed on to us, and Owen enjoys climbing up it and sliding down while informing me that I am too big for the slide.  Yes Owen, I am indeed. 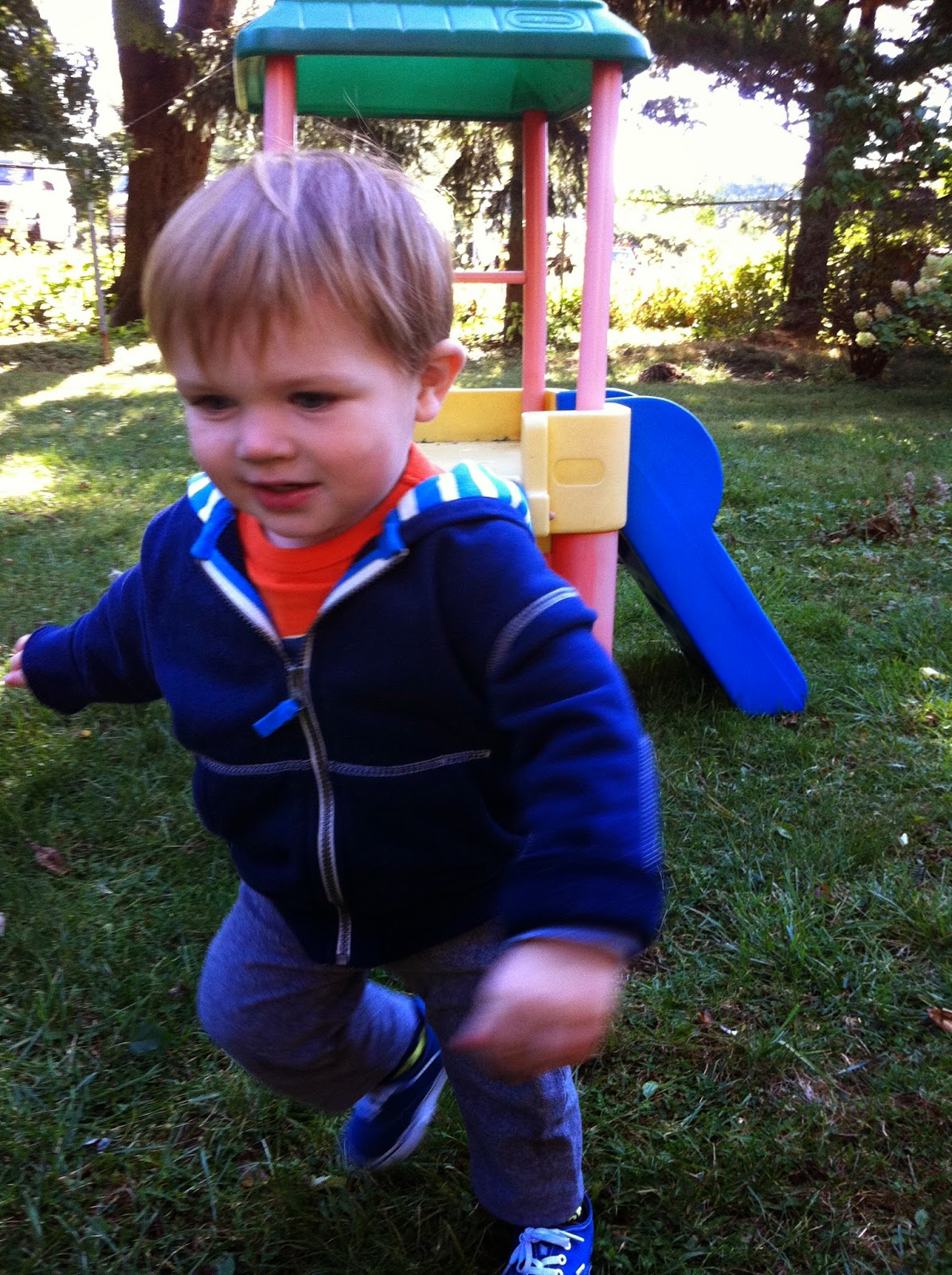 He also can spend a very long time puttering about the yard, gathering sticks, and throwing pebbles in bushes and generally doing a good job of keeping himself entertained.  And of course the whole time he is doing so he is also making a running commentary that is often quite amusing. 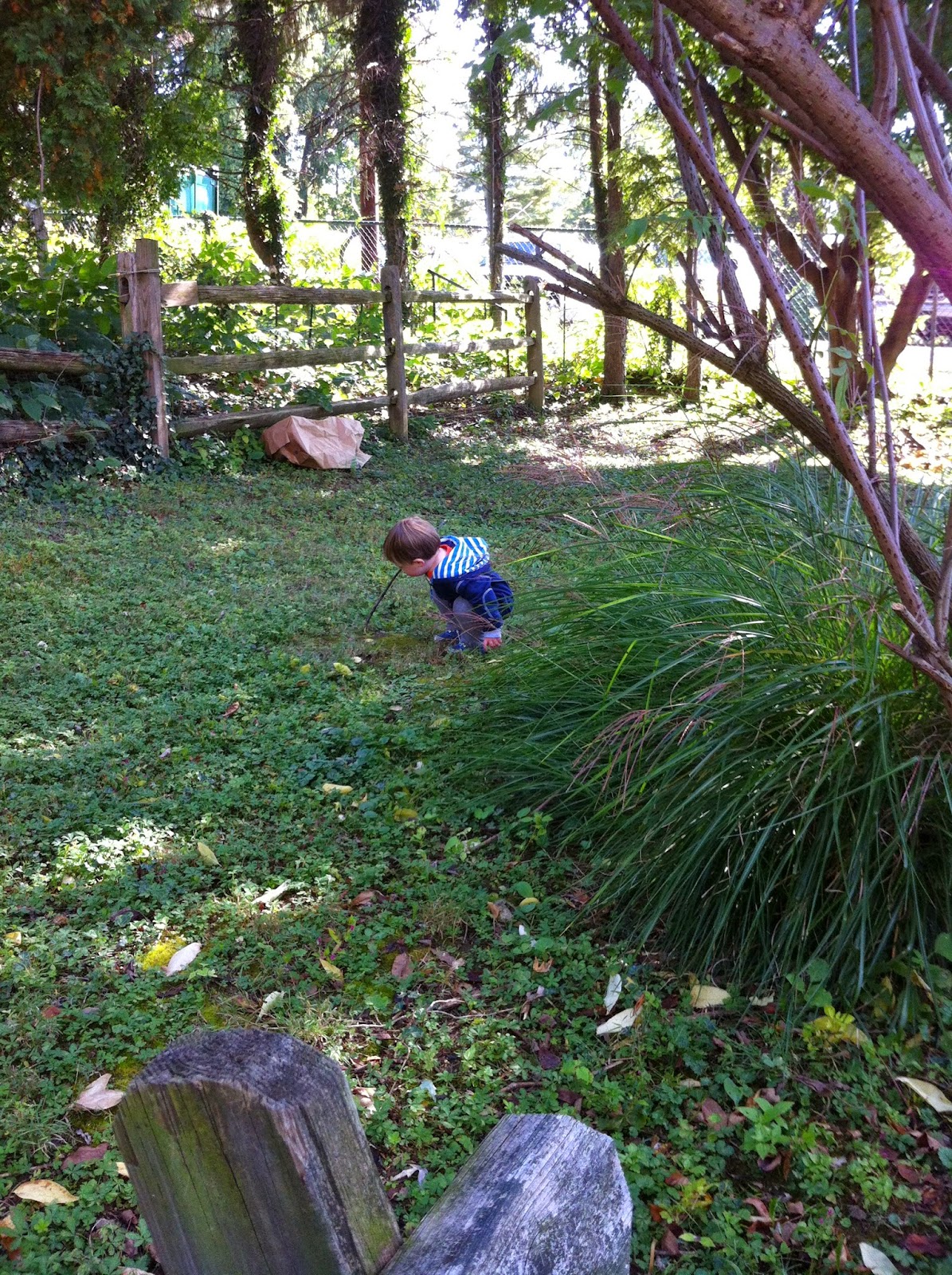 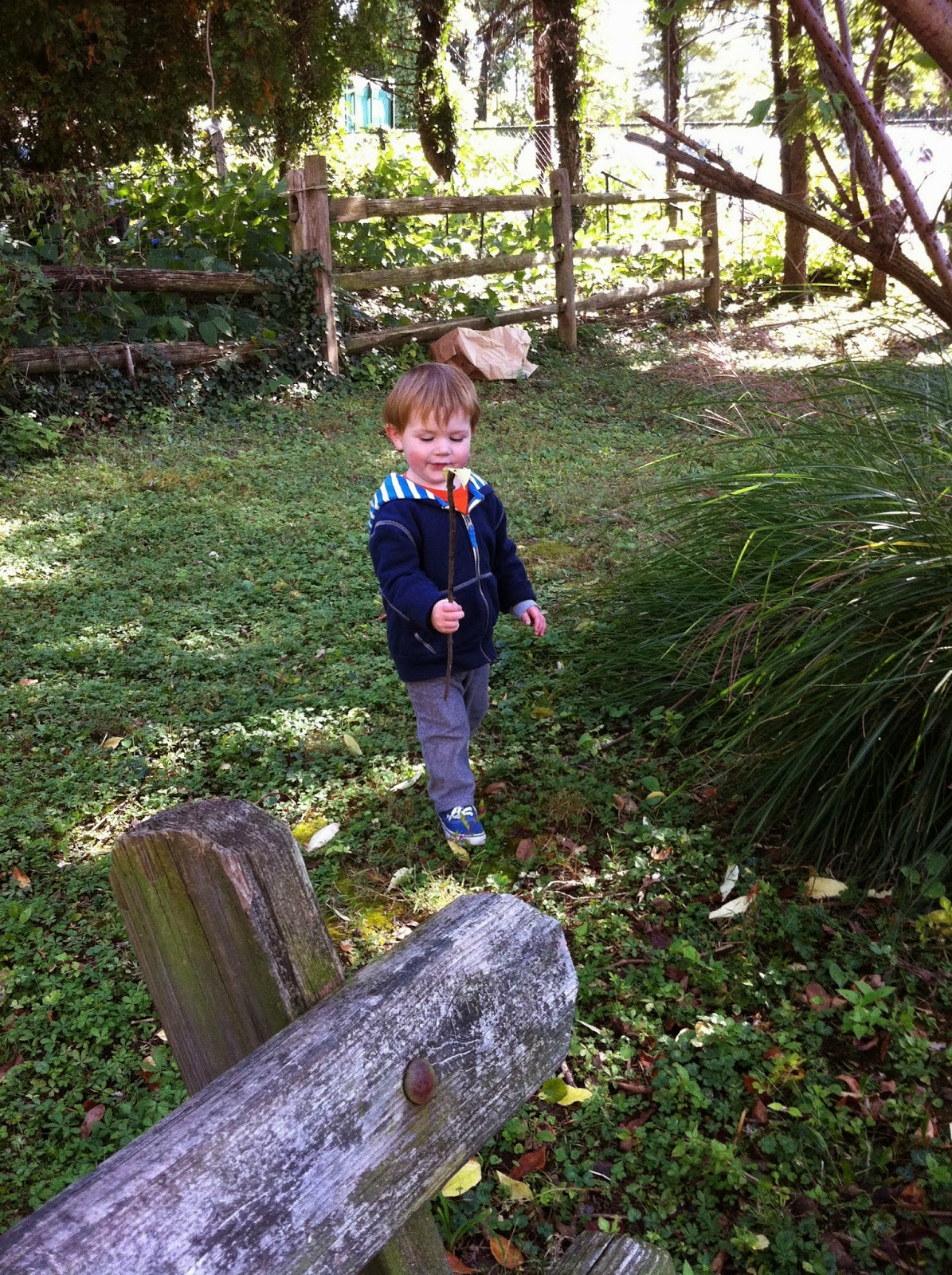 And Dorothy loves nothing better than to be out in her yard with people on a cool day!  She takes a few big sticks and brings them under our largest tree and lies down and chews them. 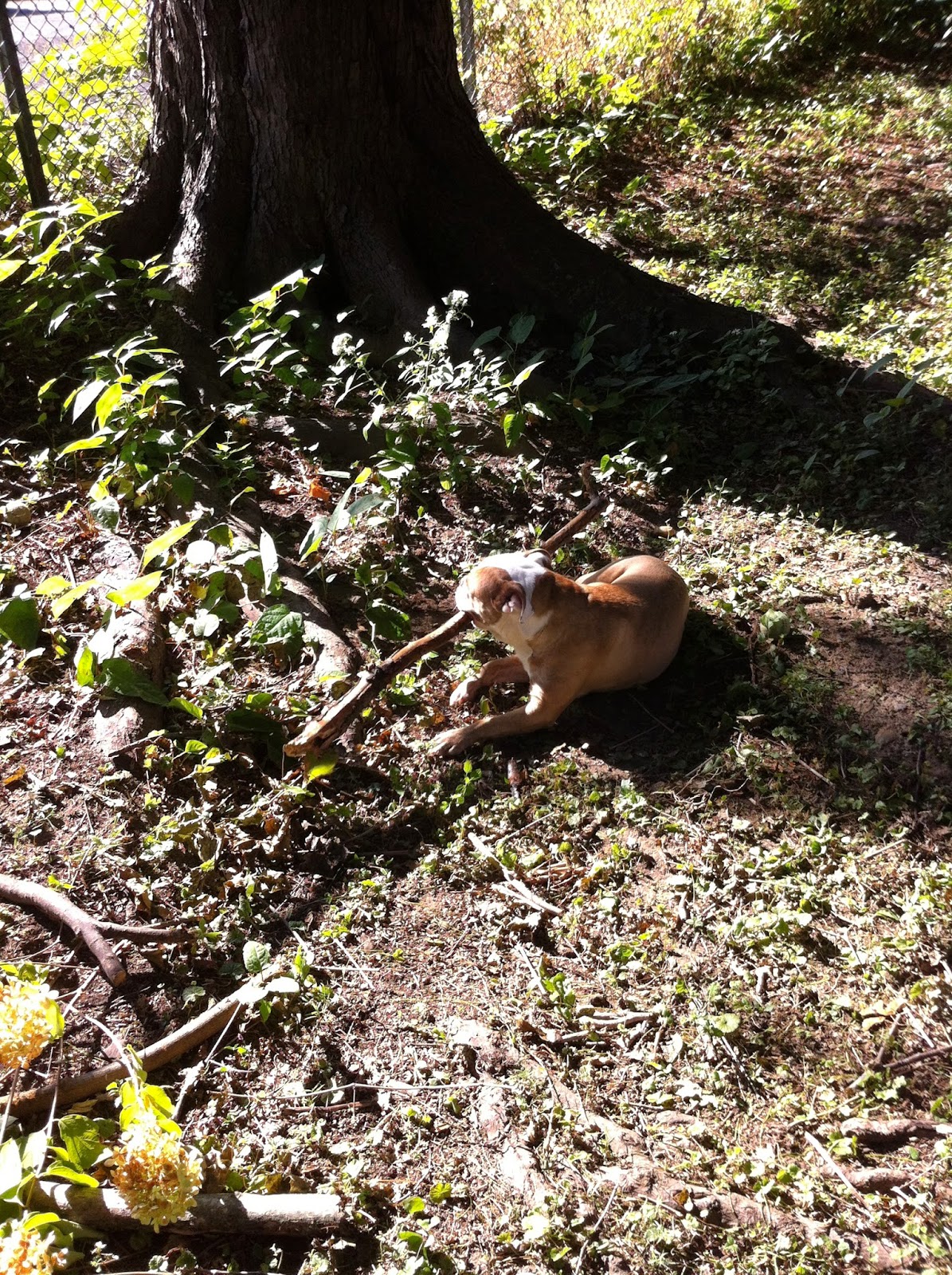 Every once in awhile she will bring a stick over to us to show us that she is a dog with a big stick.  She also likes to whip around and thwack us in the ankles with them.  And then she’ll return happily to underneath her tree. 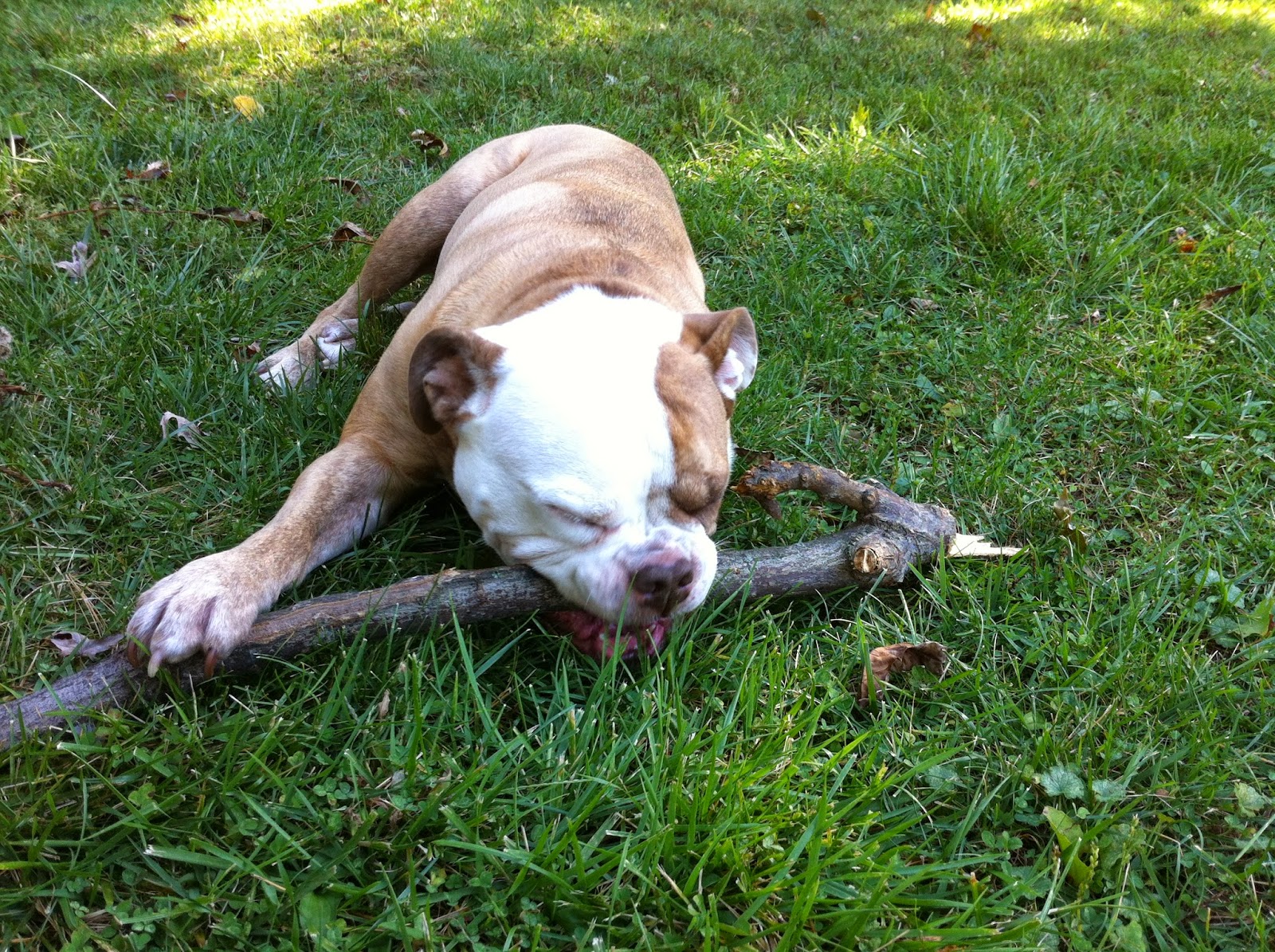 We’re still trying to keep her from doing too much running and jumping, as she will get limpy after a session in the yard in which she is too active.

This is precisely what she is not supposed to do: 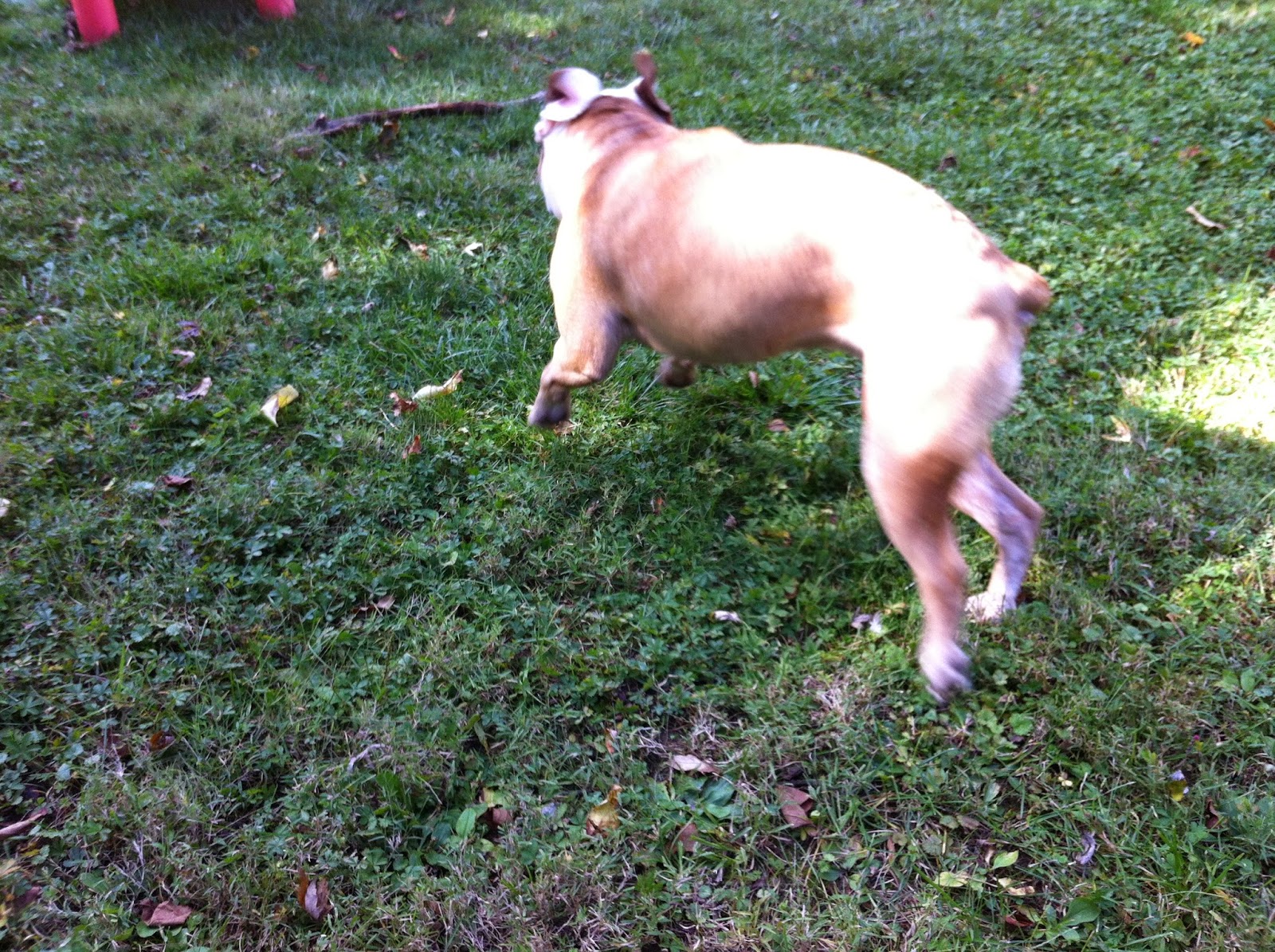 She went on a neighborhood watch walk the other day and some policemen drove by, and then stopped when they saw her neighborhood watch bandanna so that they could meet their newest deputy!  They gave Dorothy much admiration, and she was very, very proud.  She has yet to report any suspicious activity, but that doesn’t mean she is not looking for it! 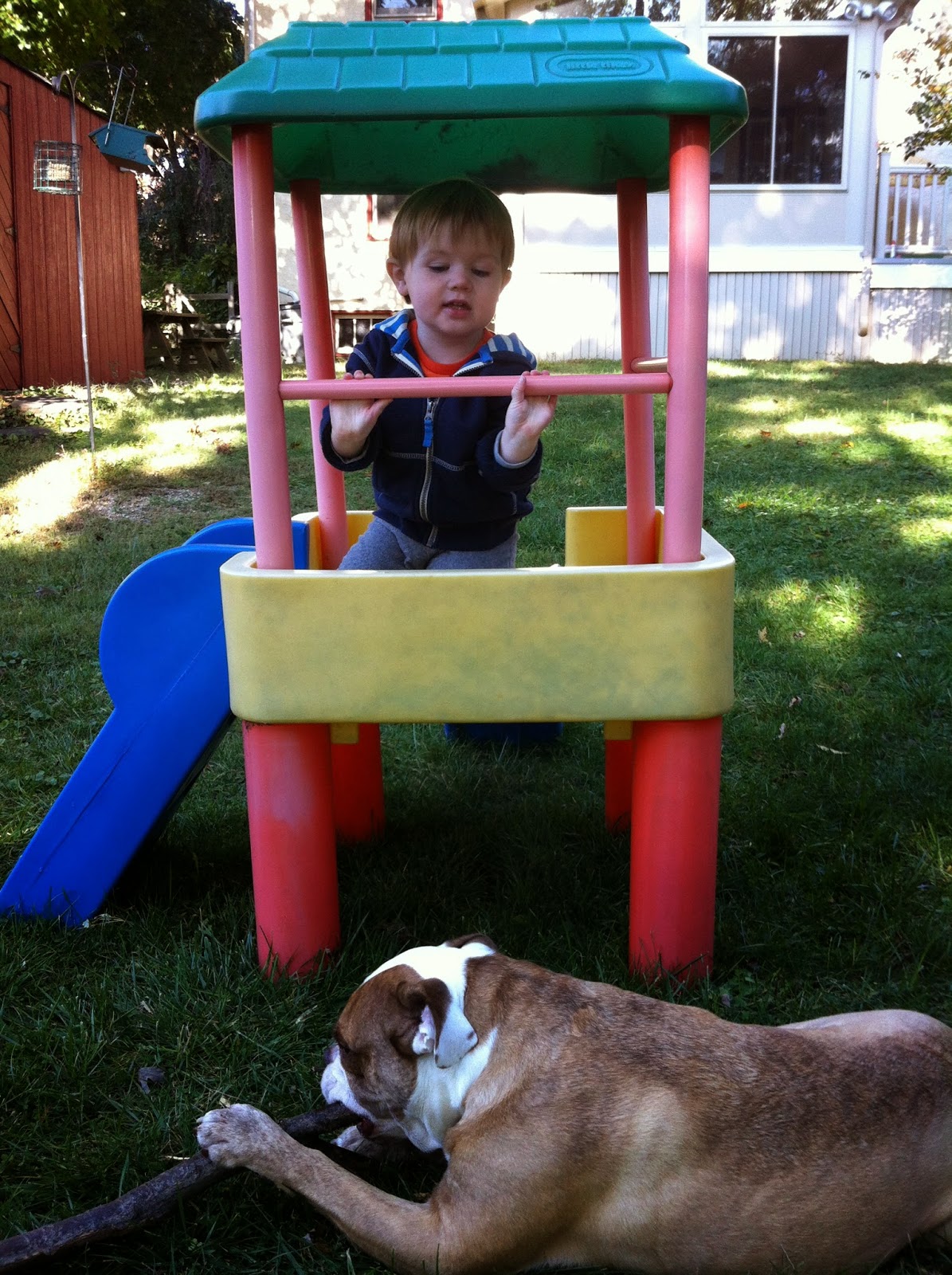 Posted by Elizabeth at 9:54 PM

Email ThisBlogThis!Share to TwitterShare to FacebookShare to Pinterest
Labels: Dorothy in the yard, Dorothy on neighborhood watch, Olde English Bulldogges, Owen outside