Owen is no longer crying or whining when he gets dropped off at his nursery school playgroup, which is nice.  He happily goes into his classroom and then is pleased to see Susan when she picks him up in a couple of hours.  I’m told he doesn’t always sing the goodbye song, but perhaps he prefers a handshake or some simple sprechtstimme.  Or even a see you later.  At any rate, school is going well, although we are all braced for Illness #2. 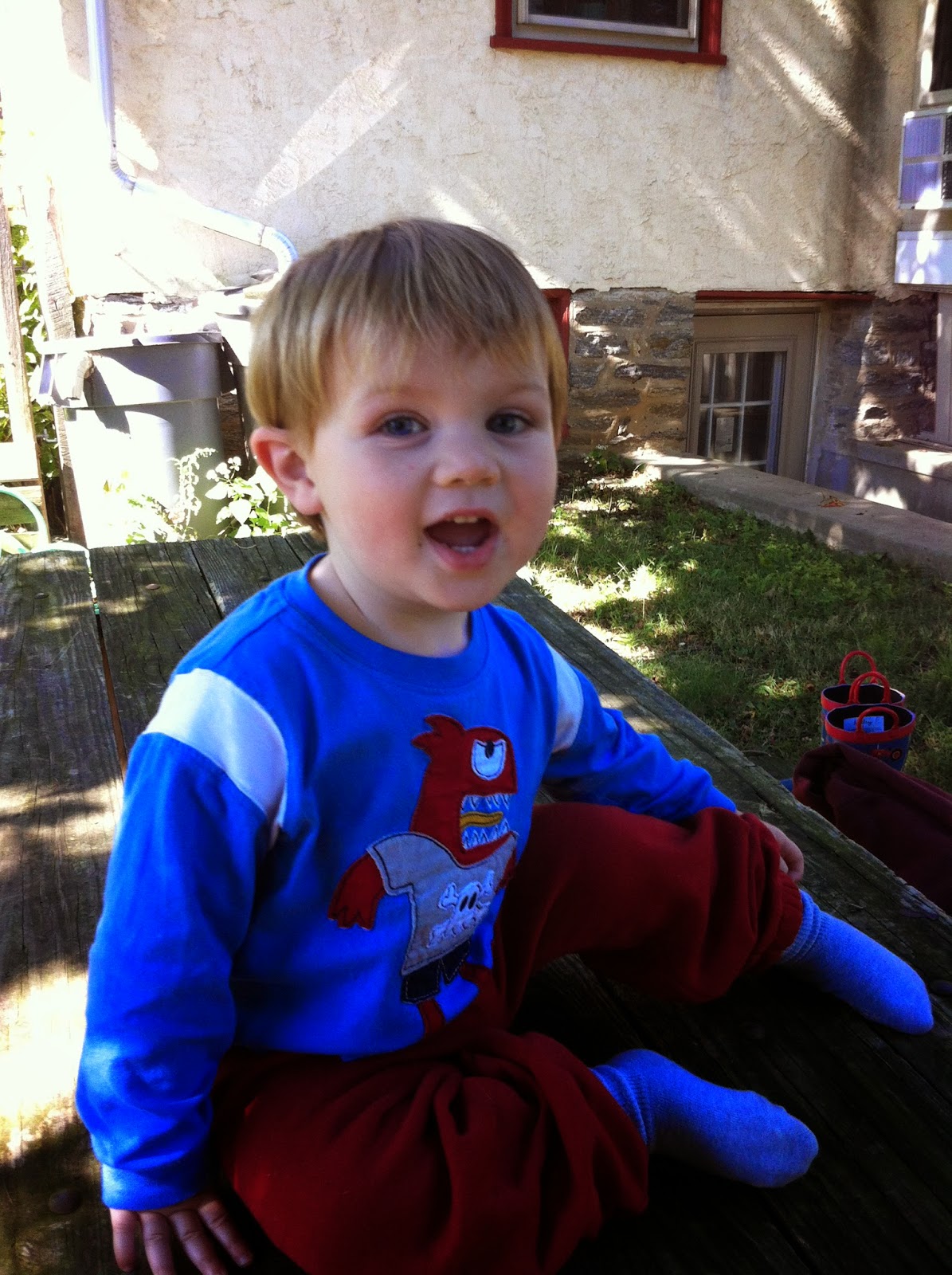 We’ve also seen some changes with Owen’s counting abilities.  He can count along with us – when we are walking down the stairs, say – up to twenty.  But until recently, when counting things on his own (something he likes to do), he would count thusly:  2, 10, 2, 10, 2!  So I started counting 1-2-3 to try to balance out all the 2’s and 10’s, and now he has started counting like this:  1, 2, Ghee, Pa, 15, 18.  Hmmmm.  I guess he heard “three” as “Ghee”, his nickname for his Granny, and then figured he should throw in a “Pa” so his Grandfather wouldn’t feel left out?  And then he's always been fond of reciting the teens.

We’re still working on his numbers! 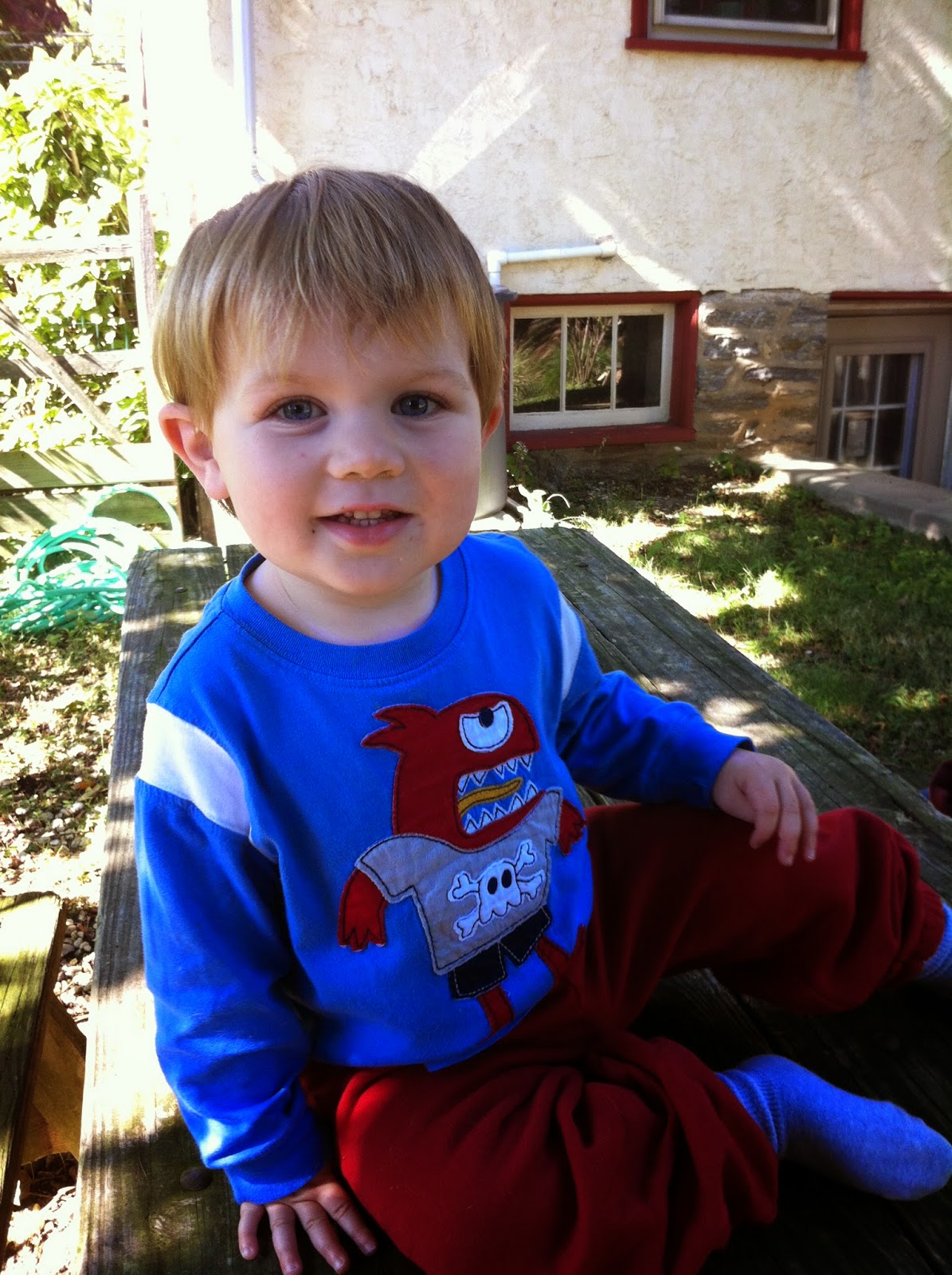 He likes to tell us what colors things are, too, and gets them all correct except he can’t seem to tell the difference between pink and white.  All pinks are pink and all whites are pink too.  Perhaps that’s a remark on my laundry skills? 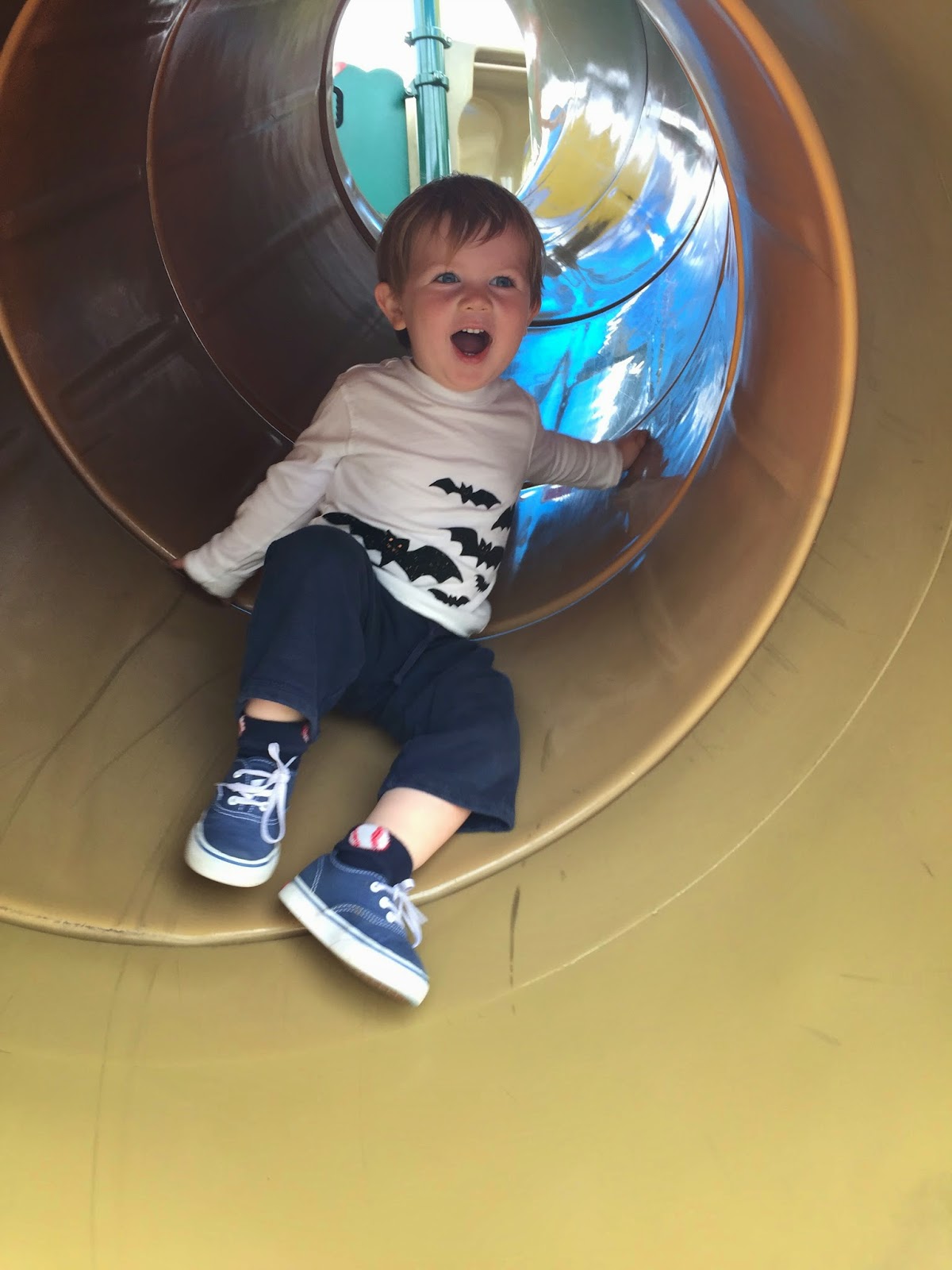 Posted by Elizabeth at 9:15 PM