My sister and her daughters stopped by to visit on their way to tour a few east coast colleges and to vacation with my parents in Maine, so Owen was able to experience what it would be like to live in a household filled with womyn.  And I have to say that although a bit shy, he did quite enjoy his cousins and aunt, and continued his fascination with blonde hair.

But let me back up a bit first.  I feel the need to document, especially after my last post on Owen’s frequent crankiness, that since Thursday he has been an absolute angel.  Now I know that in saying so I’m guaranteeing that tonight he will be a bear, but he has been nothing but happy and pleasant for the past six days.  This morning, he was even so happy to be awake that he just sat next to me on the bed and laughed to himself.  It’s been a nice change of affairs!

But back to the visit.  It didn’t quite get off to the best of beginnings, when while waiting for us to return from the train station, the girls had a mishap on our porch swing. 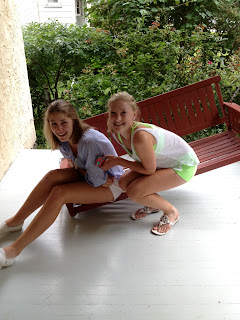 Oops.  But other than that, things went quite well!  Meredith, Lily, and Avery all were very accommodating as I barked out certain Owen Naptime rules like a crazy woman—basically they were not to stir while Owen was sleeping or breathe too loudly or use the bathroom.  And I thank them for that!  No naptimes were interrupted!

Every time Owen woke up, he was surprised to discover that there were People In The House.  He was very interested in this happenstance, and would glance at his cousins and then turn his head and bury his face in my shoulder.  But then he would always soon peek out again to see what was going on.  Avery was hoping to get a few smiling selfies with him, but Owen was not feeling quite comfortable enough for that.  Here he is with Avery, looking pleasant: 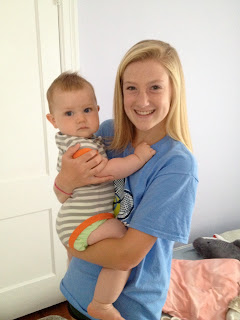 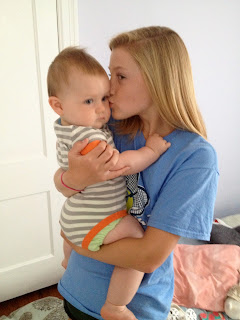 But guess who was quite pleased to take selfies with Avery?!  Dorothy, that’s who!  Does it get any better than this? 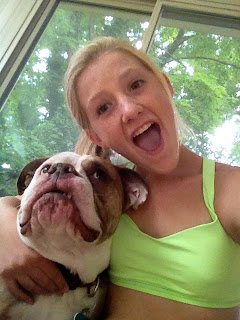 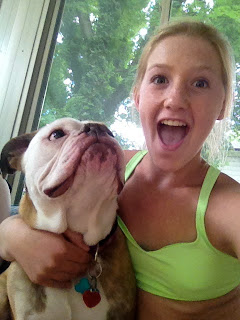 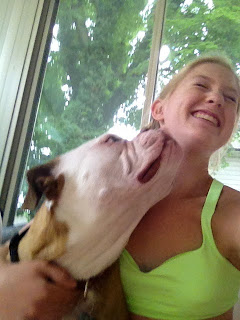 Yes, it does!  Here are the “girls” lounging around in the heat of the afternoon: 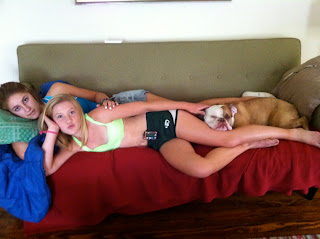 Dorothy, as I’ve said here before, LOVES houseguests and LOVES teens and children.  She spent the 48 hours they were here trying constantly to engage them in some kind of playing or cuddling activity, getting out all her toys one by one, and also quite certain that if two people were sitting on a couch, well then there was certainly room for a bulldogge to squeeze herself in!  She also had to check on the houseguests while they were sleeping, by snorting and crying softly outside their bedroom door.  Such a conscientious hostess!

Eventually, we did leave Sean, Owen, and Dorothy behind, and went into the city for a few additional photo ops.  Here are three-fourths of the Hunters loving Philadelphia: 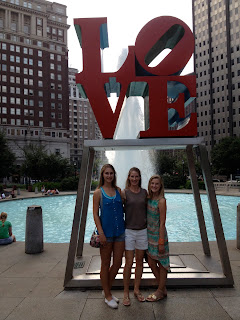 And here’s Lily with a Mexican coke, and Avery enjoying the culinary delights of El Vez. 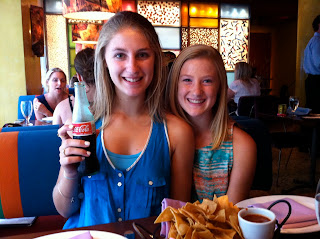 And while they were doing so, Meredith and I were enjoying these lovely blood orange margaritas: 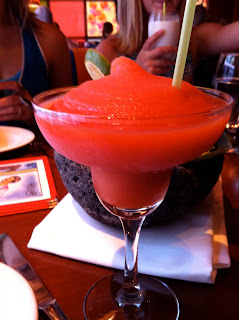 I’m glad Meredith and the girls included us on their annual summer journey, and I can only imagine what their next visit will be like, when Owen will probably be running all around and talking up a storm….
Posted by Elizabeth at 7:24 PM

Email ThisBlogThis!Share to TwitterShare to FacebookShare to Pinterest
Labels: Dorothy as hostess, Houseguests