Owen has somehow learned that every nail should have a hammer, and every hammer should have a nail.  There’s a nail sticking out of the wall above his changing table (from a picture that used to hang there until he grew big enough to always kick it off the wall while his diaper was being changed), and when he notices it he will ask for a hammer, I guess so that he can hammer the nail further into the wall.  Last night he was hiding behind the curtains in the living room and discovered a needle leftover from our Christmas tree, and he exclaimed, “A nail!” and promptly got out his toolkit to find his hammer, so that he could hammer the “nail” into the TV table.  Needless to say, this didn’t work. 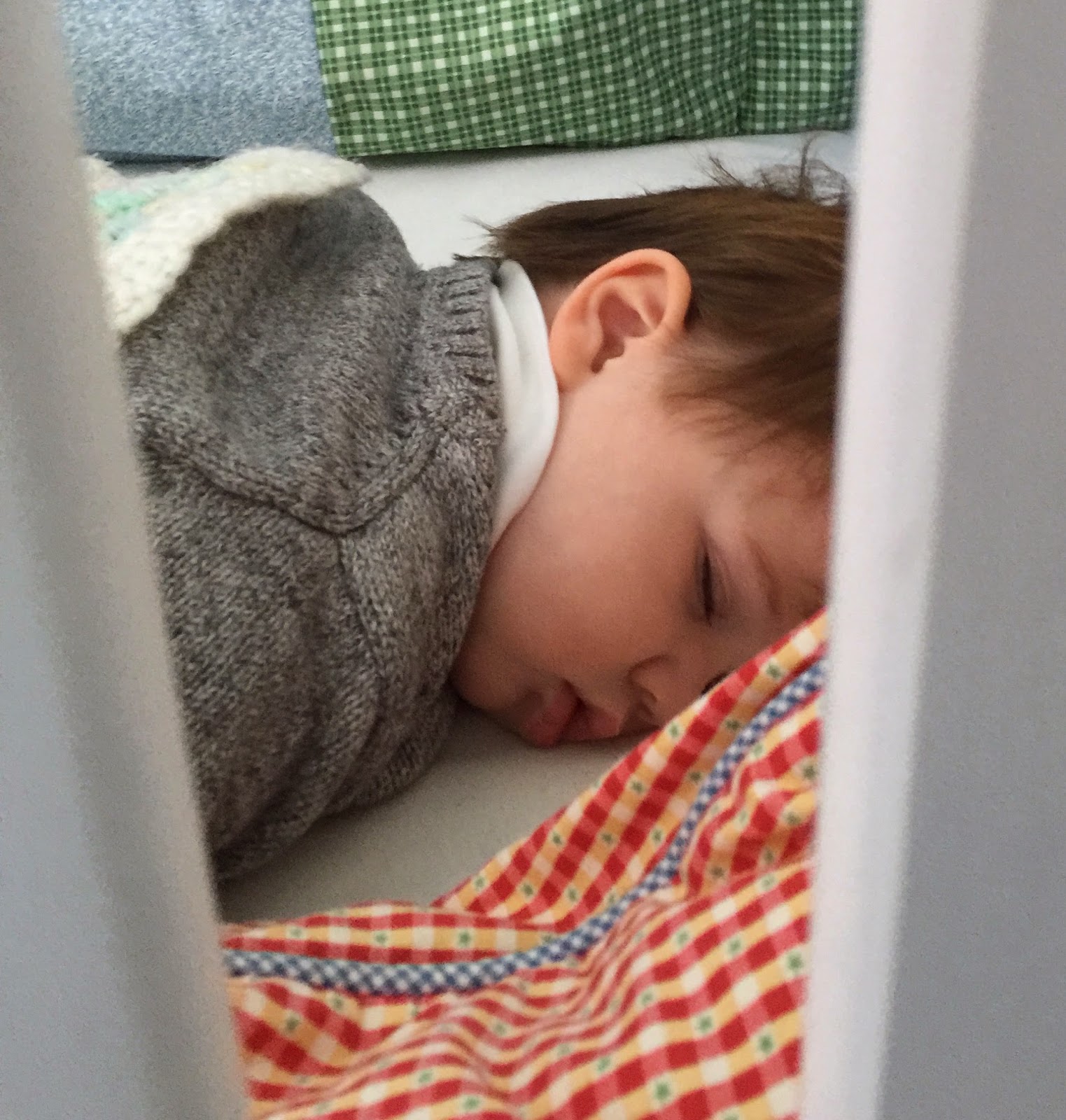 He is bothered by shadows on his wall at night now.  There is one above a bookshelf and he will ask me, somewhat sheepishly, “Will the shadow get me?”  I say no, it is just decoration, and he seems appeased, except that ten minutes later when Sean is in the room he will ask him the same thing.

I asked Owen when I got in the car last night if he had fun at nursery school that morning and he replied, “Ummmm, no.”  And then wouldn’t elaborate. 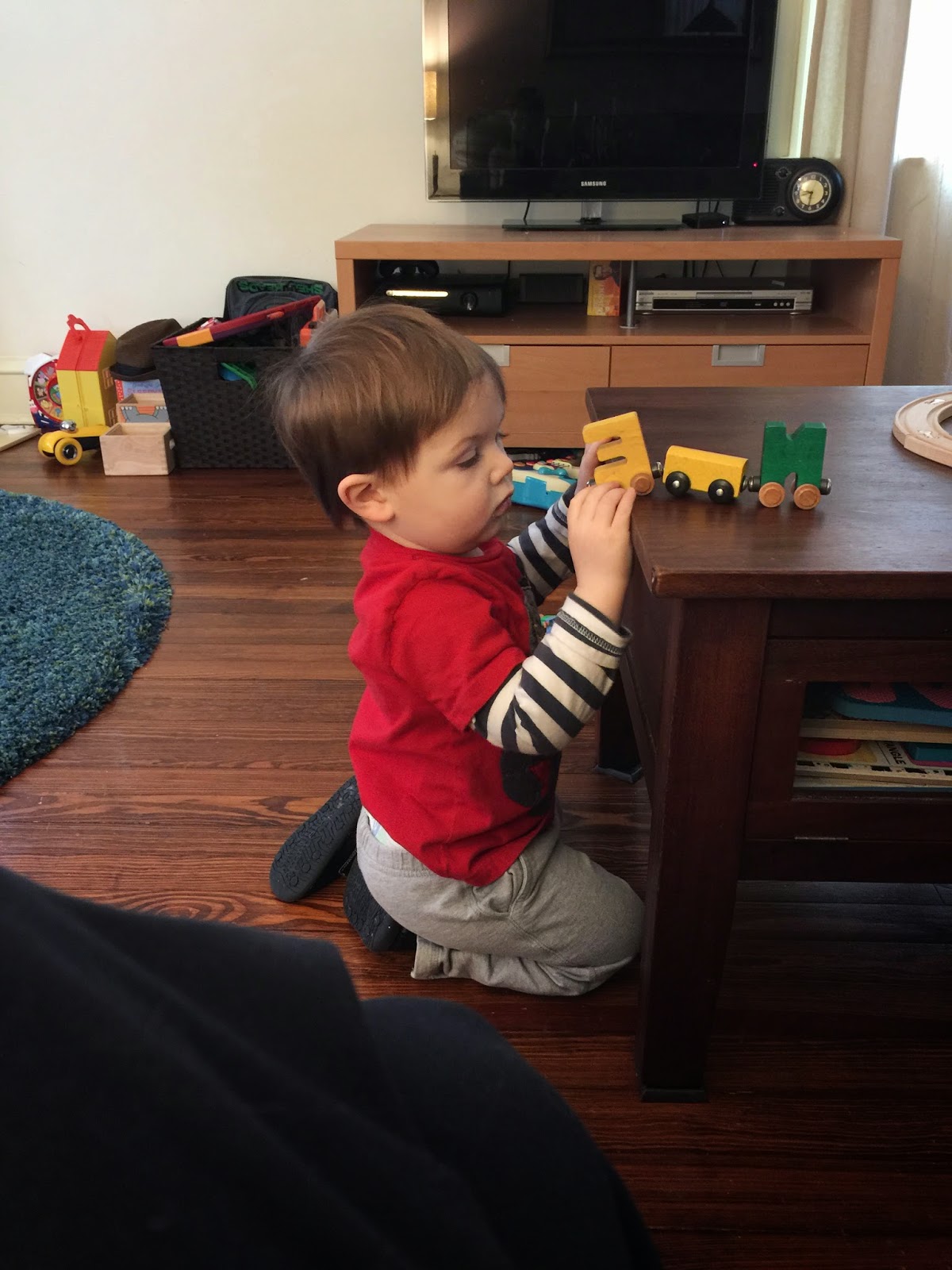 He did get all excited a few days ago when I asked him about school, and said that Mary had dropped her juice SPLAT! on the ground.  (And each time he said it he would make the motion with his hand of something falling down hard.)  He likes a good dropping story, apparently.  He also said Mary cried and the teachers cleaned the juice up with paper towels.  It really is the most detailed account of school we’ve received from him.  Susan checked with the teacher on a whim when she was dropping him off yesterday and it was true!  Mary did indeed spill her juice.  I can only hope that Owen won’t tell the story to Mary herself. 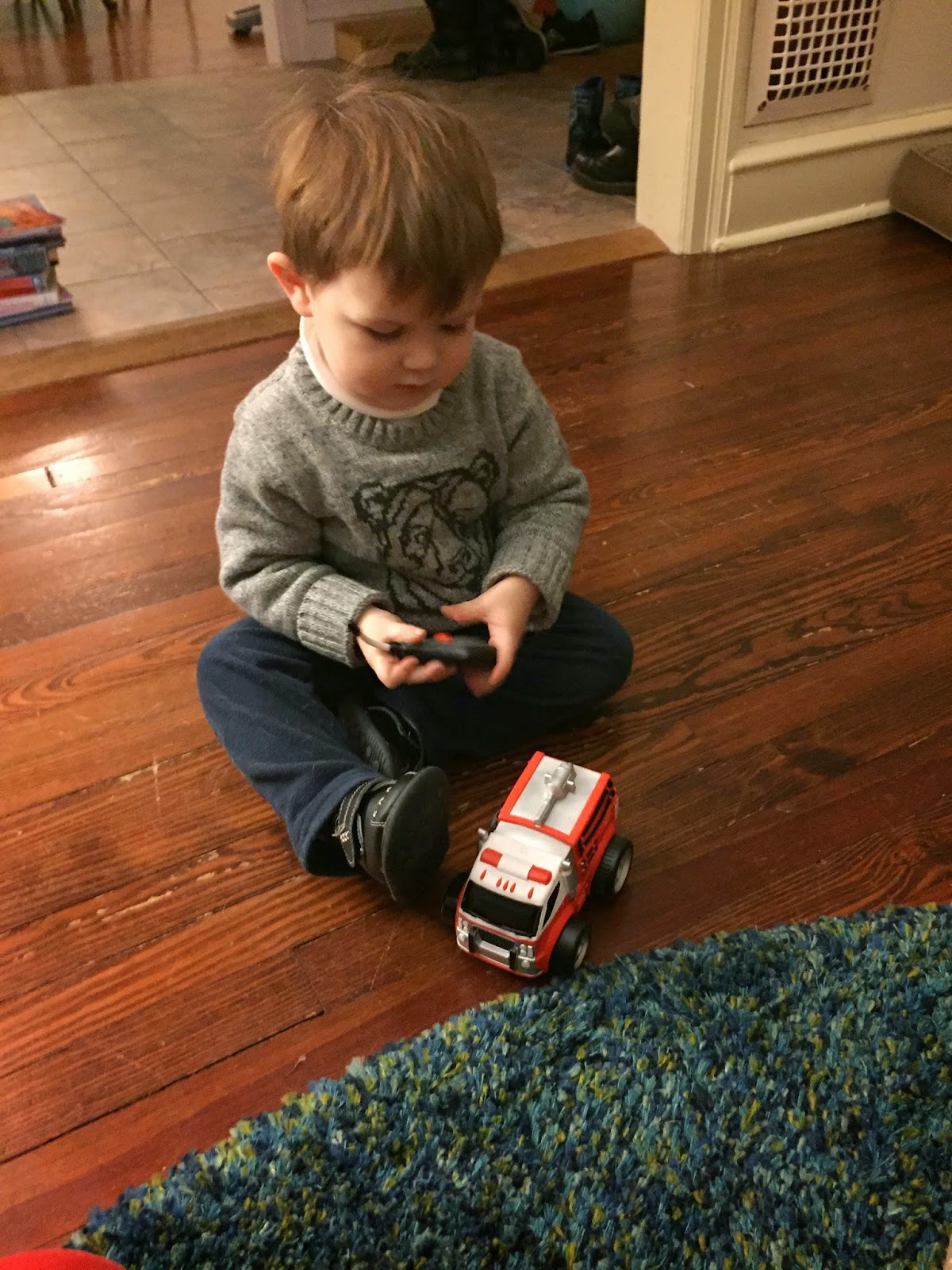 We got Owen a Thomas the Train potty the other day to try to get him interested in the idea of doing his business on a toilet instead of in his diaper.  So far he is completely uninterested in it, other than to point excitedly at the Thomas pictures on the lid.  I need to come up with a way to make the concept appealing to him; how do oldest or only children get interested in the toilet?  I do not know.  He will ask us to change his diaper now, so he definitely knows when he is going. 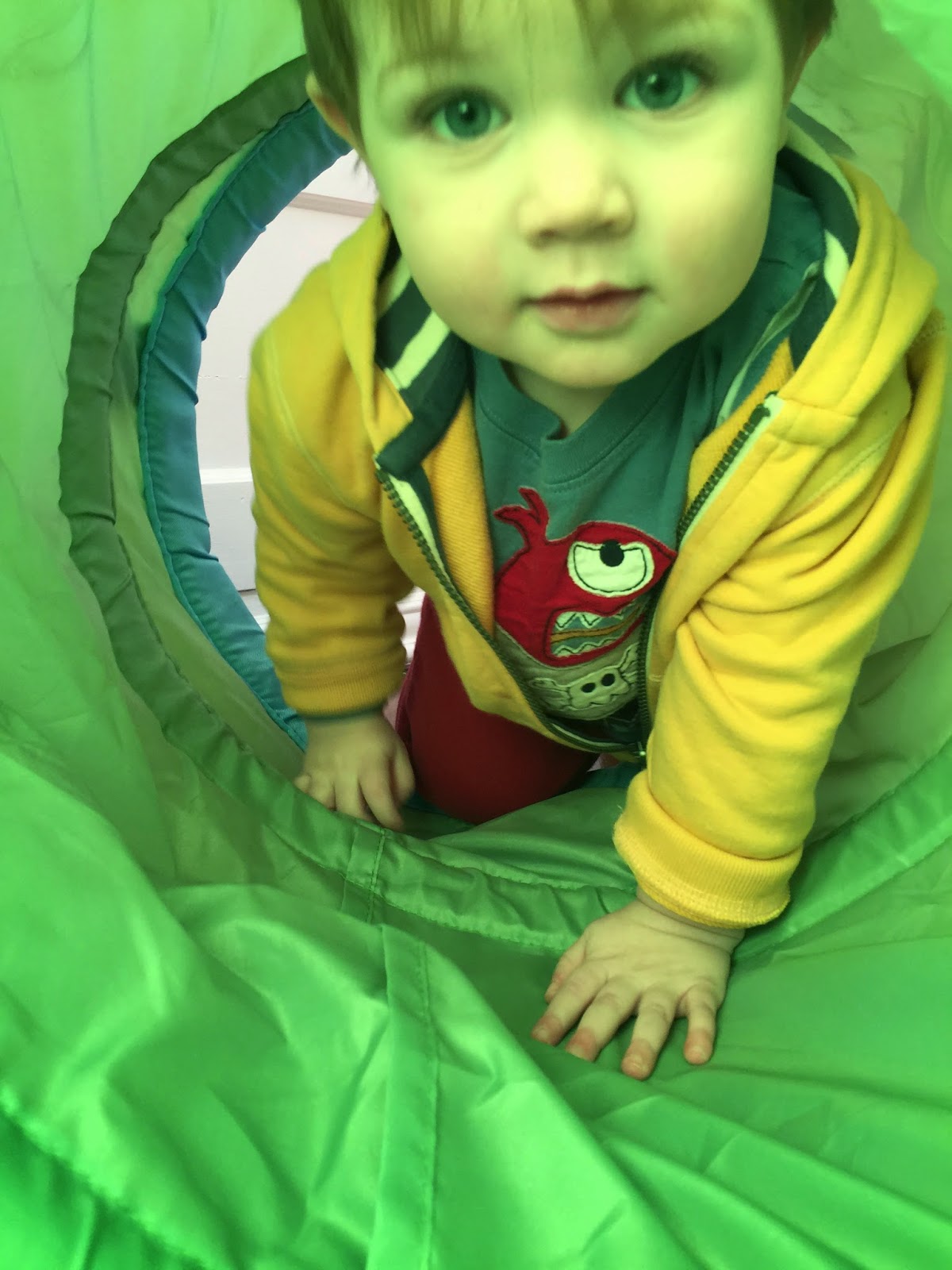 I am working up to stopping Owen’s nursing, which he still does before bed and first thing in the morning.  He will be two and a half in February though, and it is time, even if he doesn’t think so.  My plan is to stop the evening nursing at the end of January, and then stop the morning nursing at the end of February.  I anticipate much drama, but am hoping I’m wrong.  When I think of not nursing him, I am fine with that; but when I think of him crying for it and me saying no, I waver a bit.  I had been waiting for him to self-wean, but I really don’t think that will ever happen. 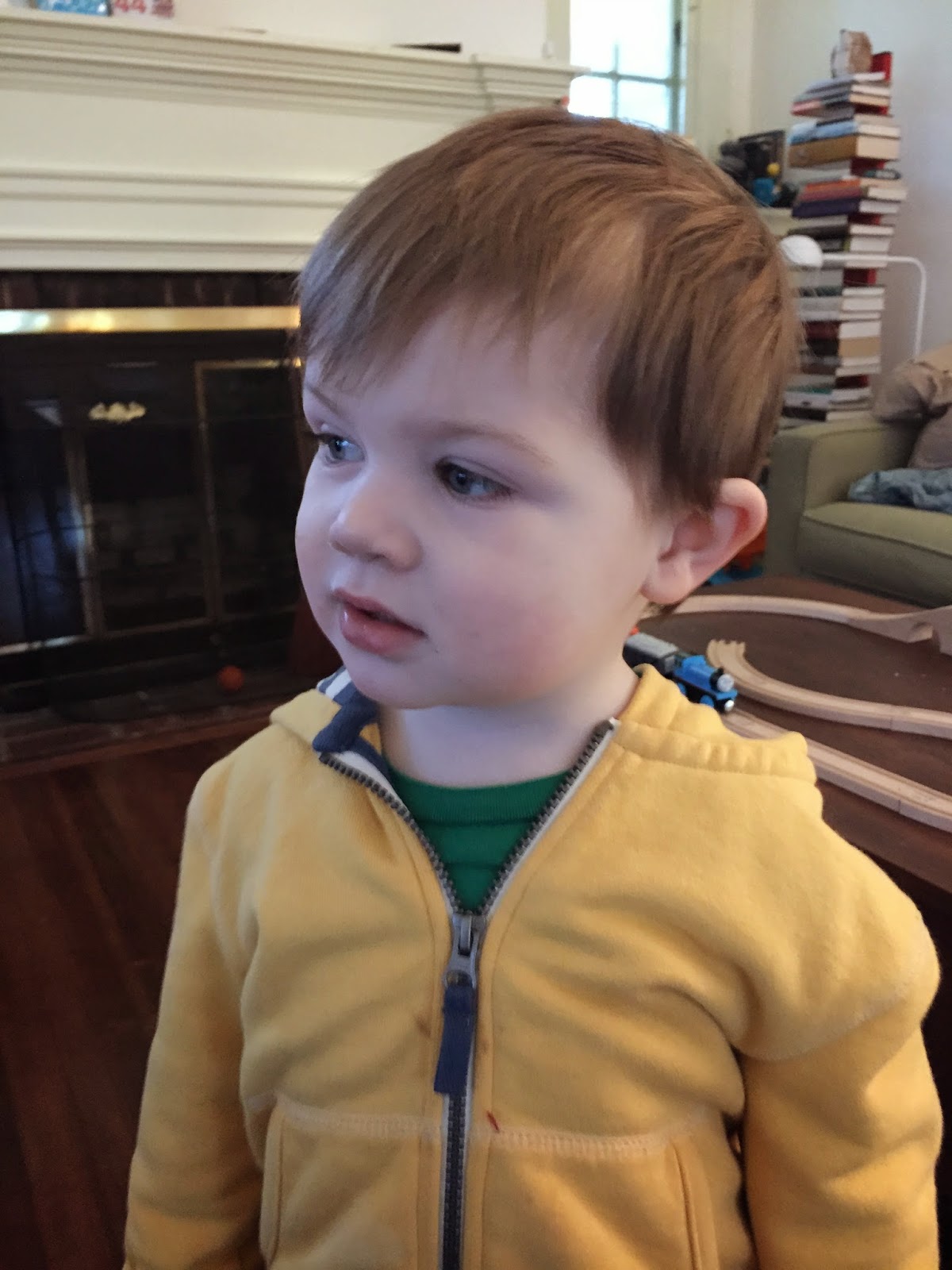 We have a merry-go-round in our nearby mall, and Owen likes to ride on it.  I will stand next to his horse, and then each time we pass by Sean he will call out “Hi Daddy!  See you soon!”  He gets really excited while waiting for the ride to start, and his teeth will begin to chatter in anticipation. 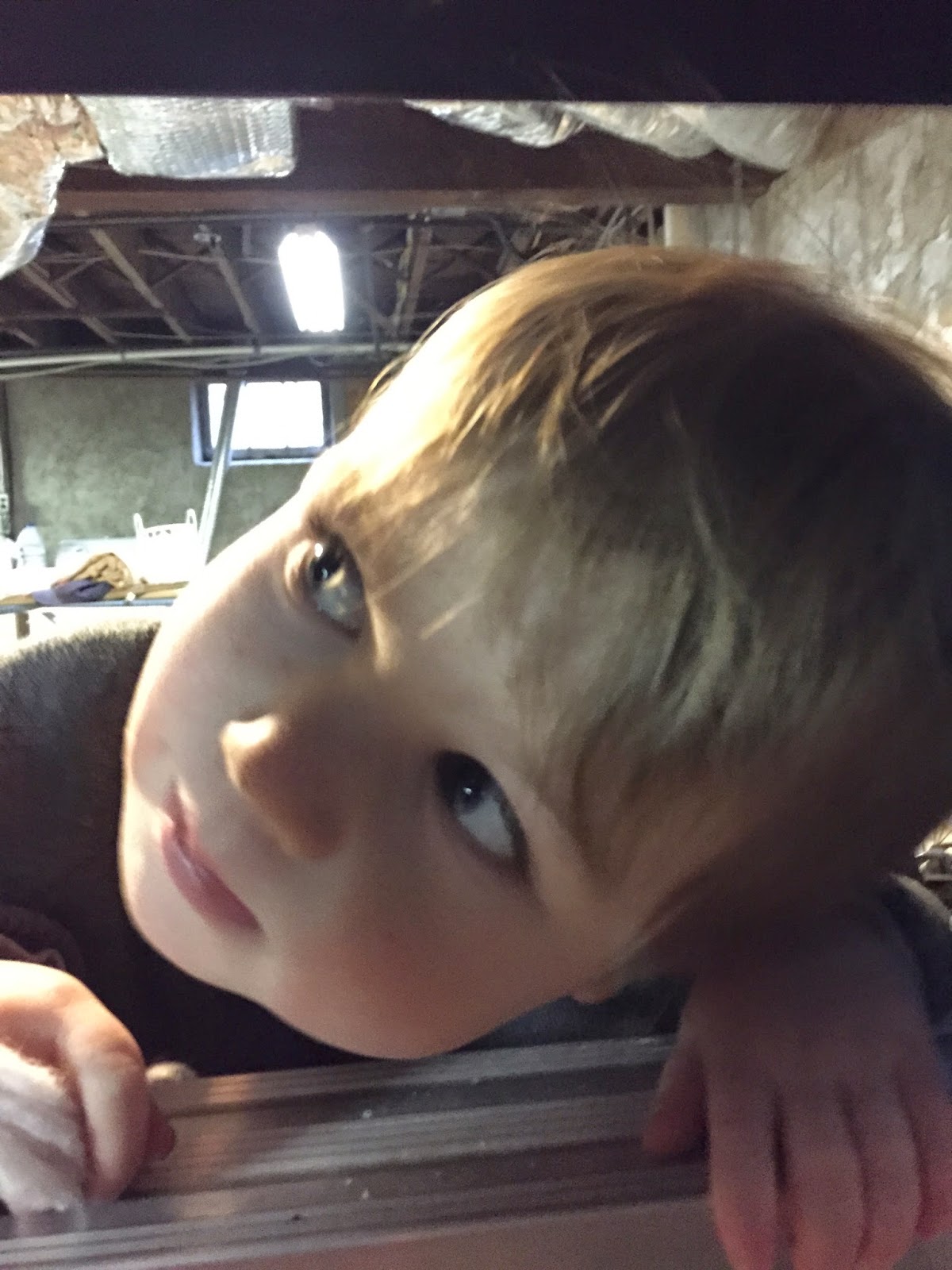 Owen still eats hardly anything but pretzels and fruit.  Sigh.  But most nights if I ask him what he wants for dinner, he’ll answer with an enthusiastic, “Spaghetti!”  So often I will cook him some angel hair pasta and put on some butter and cheese, but he mostly only plays with it.  Tonight he asked for "Spaghetti!" and I had some leftovers so I took it out of the refrigerator in a clear tupperware, and when he saw it in there he started counting, "1-2-3...5 ghetties!"  And after requesting a fork, he actually ate several mouthfuls of angel hair with parmesan. 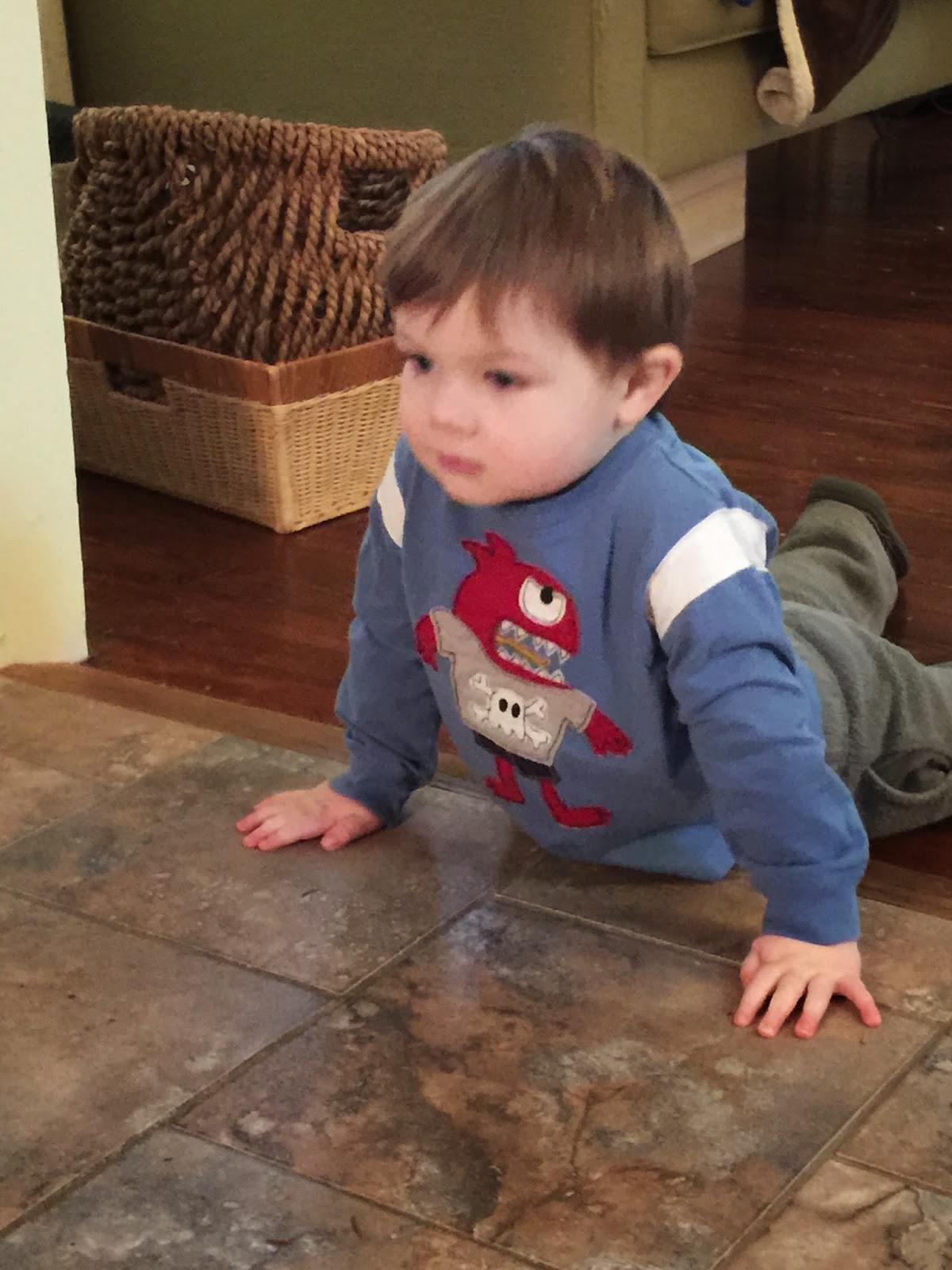 Posted by Elizabeth at 9:35 PM