Moments By The Numbers

20 – Owen is twenty months old now and I am finding it a very good age.  Yes, he has developmentally reached the terrible twos and is often afflicted with the accompanying tantrums, but he is so enthusiastic and funny and intense and methodical.  It’s fascinating to watch him process information and put two and two together.  We went to the garden center of Lowes the other day so Sean could get some dirt and a few other items and Owen had a blast running around and exploring the place.  He obsessed a bit over some dirt on the floor from a knocked over plant, and then enjoyed peering into the concrete urns for sale and seeing which ones had rainwater in them and which didn’t.  And every time we would pass Sean as he shopped, Owen would act like he hadn’t seen him in weeks, crying “Dada!” with utter joy and waving hello by opening and closing his little fist and running towards Sean’s cart.  The whole trip was merry (at least until we had to put him back in the carseat, upon which he planked) and a good example to me of the inherent joyfulness of this particular toddler stage. 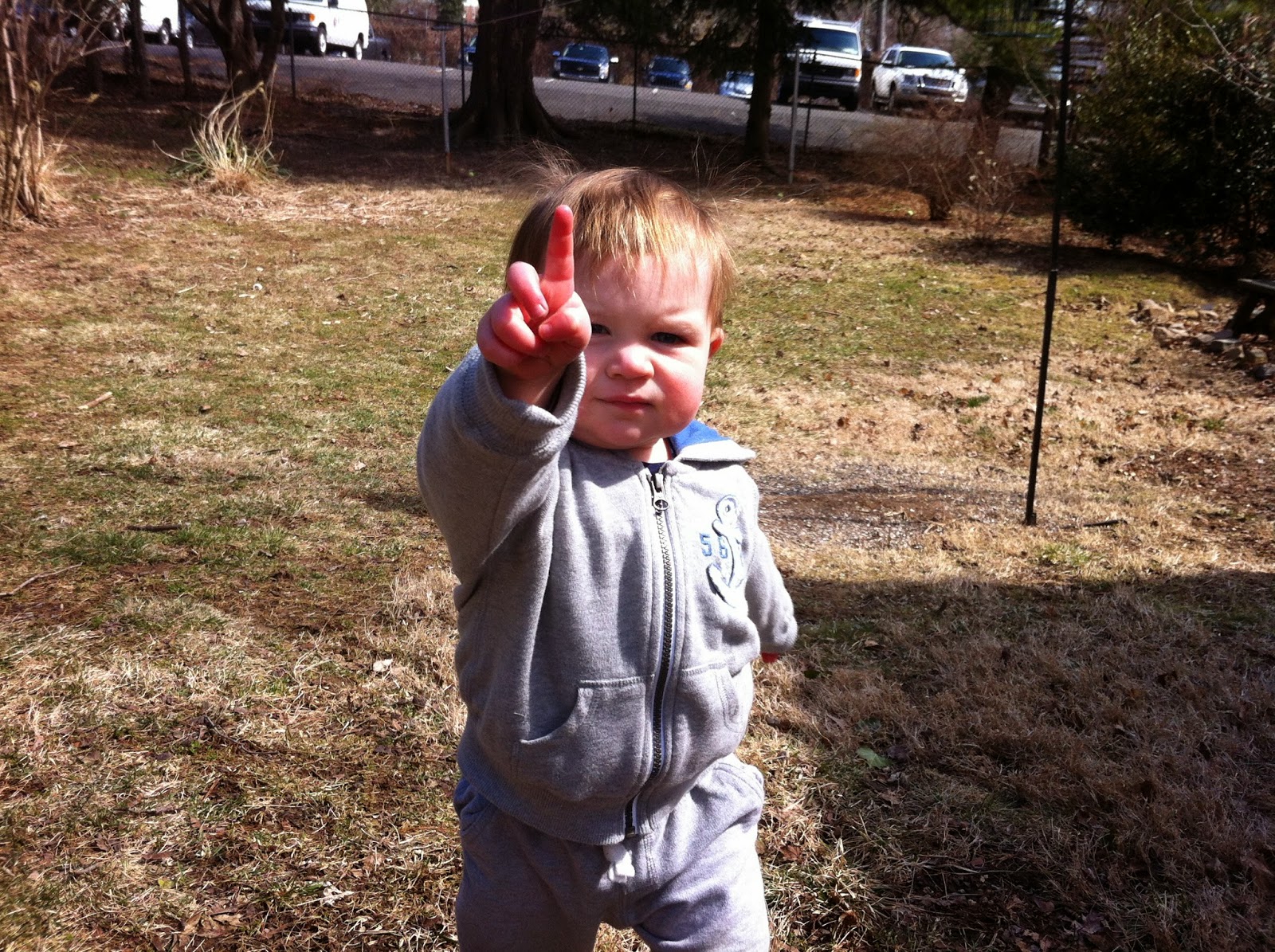 2 – Owen has divided people into two genders, Dadas and Mamas (yes, I know there are really more than two, but there are no transgendered folk in Daniel Tiger, the program from which he seems to be gleaning his gender research).  He will point at women he sees and call them Mamas and men Dadas and seem quite pleased with his pigeonholing. 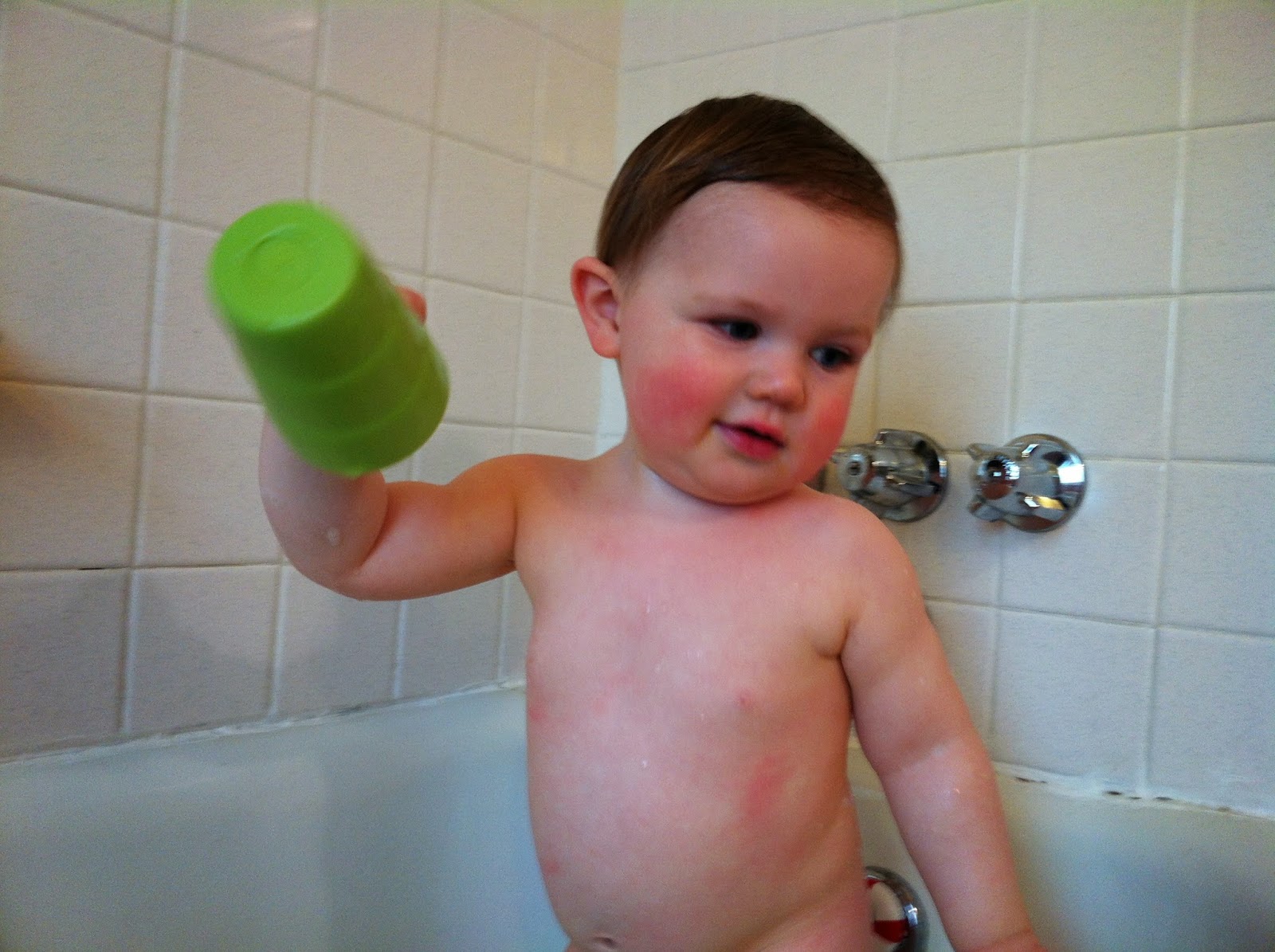 1 – About one cup of Bert’s Bees shampoo landed on Owen’s face early Saturday morning as I was getting him dressed.  I get up on Saturdays with Owen (and Sean does on Sundays), and since he doesn’t like to be on the changing table, I usually give him some object to keep him occupied, in this case a bottle of shampoo.  Well, apparently the cap came loose and at least a cupful of shampoo splooshed out onto his face – luckily not into his eyes, but a lot definitely landed inside his mouth.  He cried and cried and cried for at least an hour, and then had difficulty eating his oatmeal because I think he kept tasting the shampoo when he swallowed.  Sigh.  He also gets hives on his face when he cries for a long time, so his face was all blotchy.  It wasn’t my most successful parenting moment. 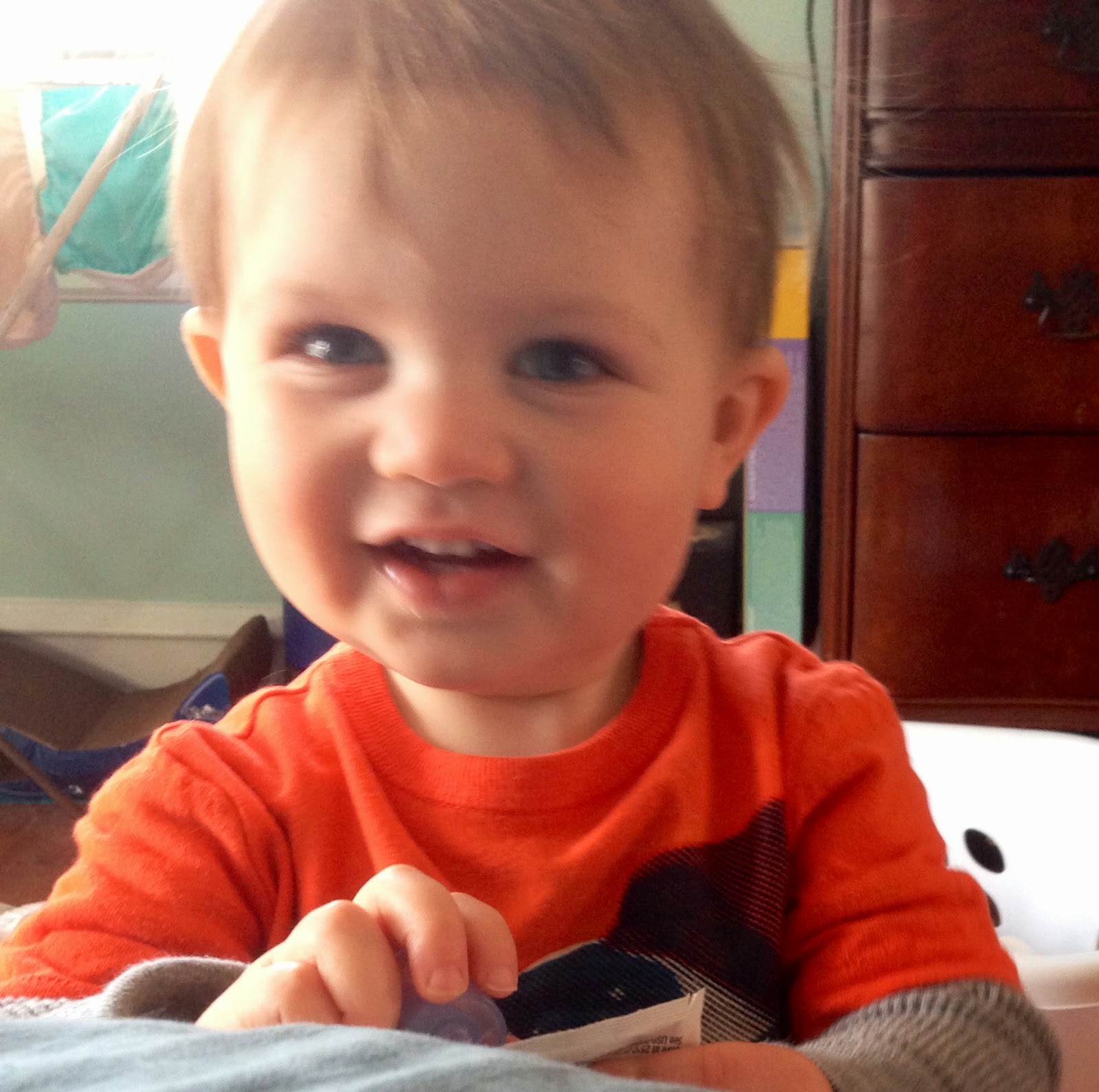 18 – Sean likes to tease the 5 year-old granddaughter of our neighbors, and she loves it, and brings her neighborhood friends over when Sean is out gardening to introduce them “to my friend, Sean.”  Anyway, she had a new Barbie bike last weekend and told me later in the day that Sean told her that his bike had eighteen Barbies on it and she was excited to see it.  I must have had a skeptical look on my face, because she then said, “Unless he was just kidding me?  Sean always kids!”  And her mother and I confirmed that indeed, Sean probably did not have a bike with 18 Barbies on it.  At least, I certainly hope he does not. 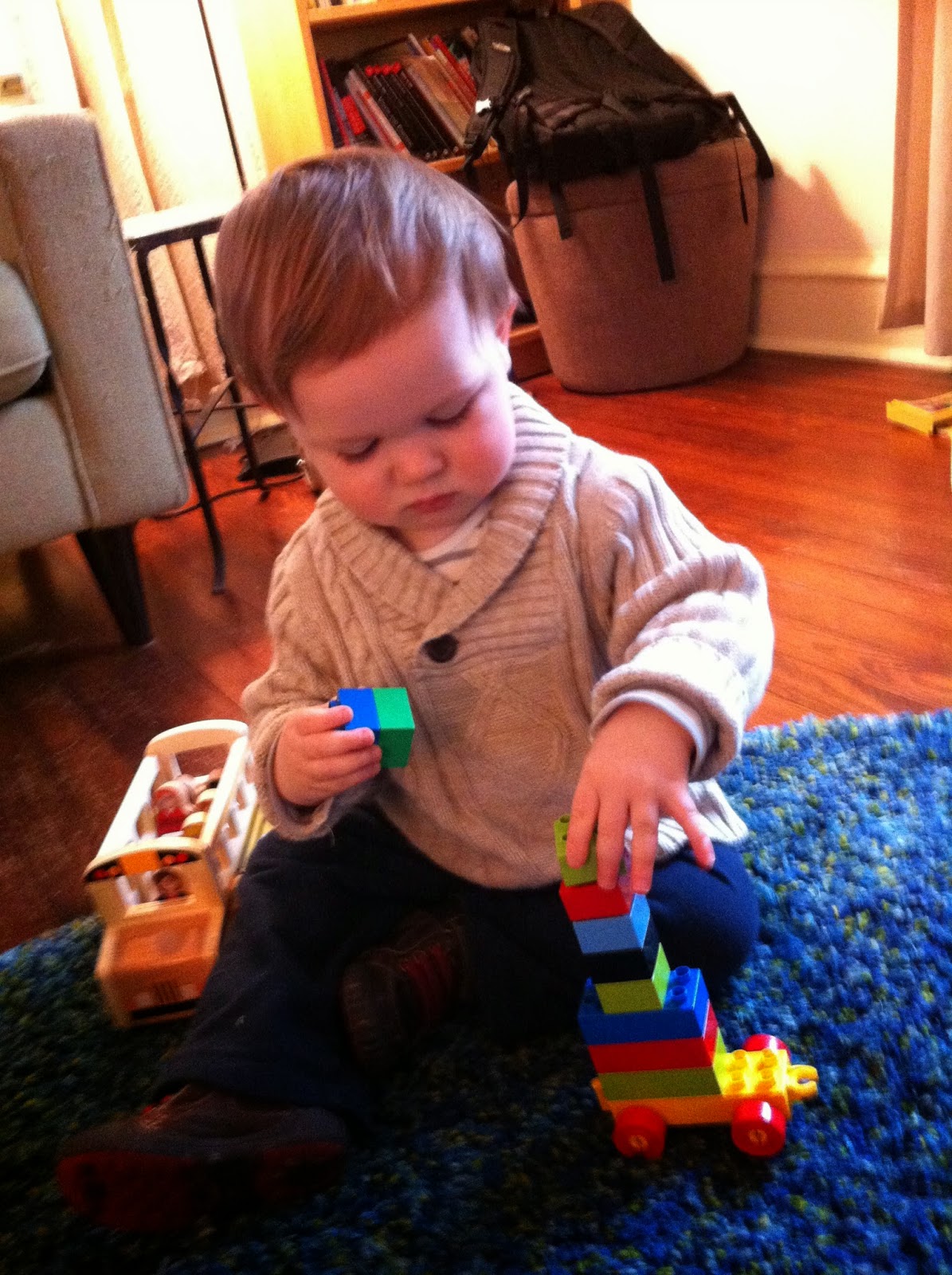 10 –The amount of contortions Owen’s tongue made trying to imitate Sean and say “I’m fresh!”  Apparently, “fresh” is a word filled with difficult sounds, and I’m afraid to admit that Sean and I laughed so hard at his attempt that he refuses to say “fresh” again.  Oh dear. 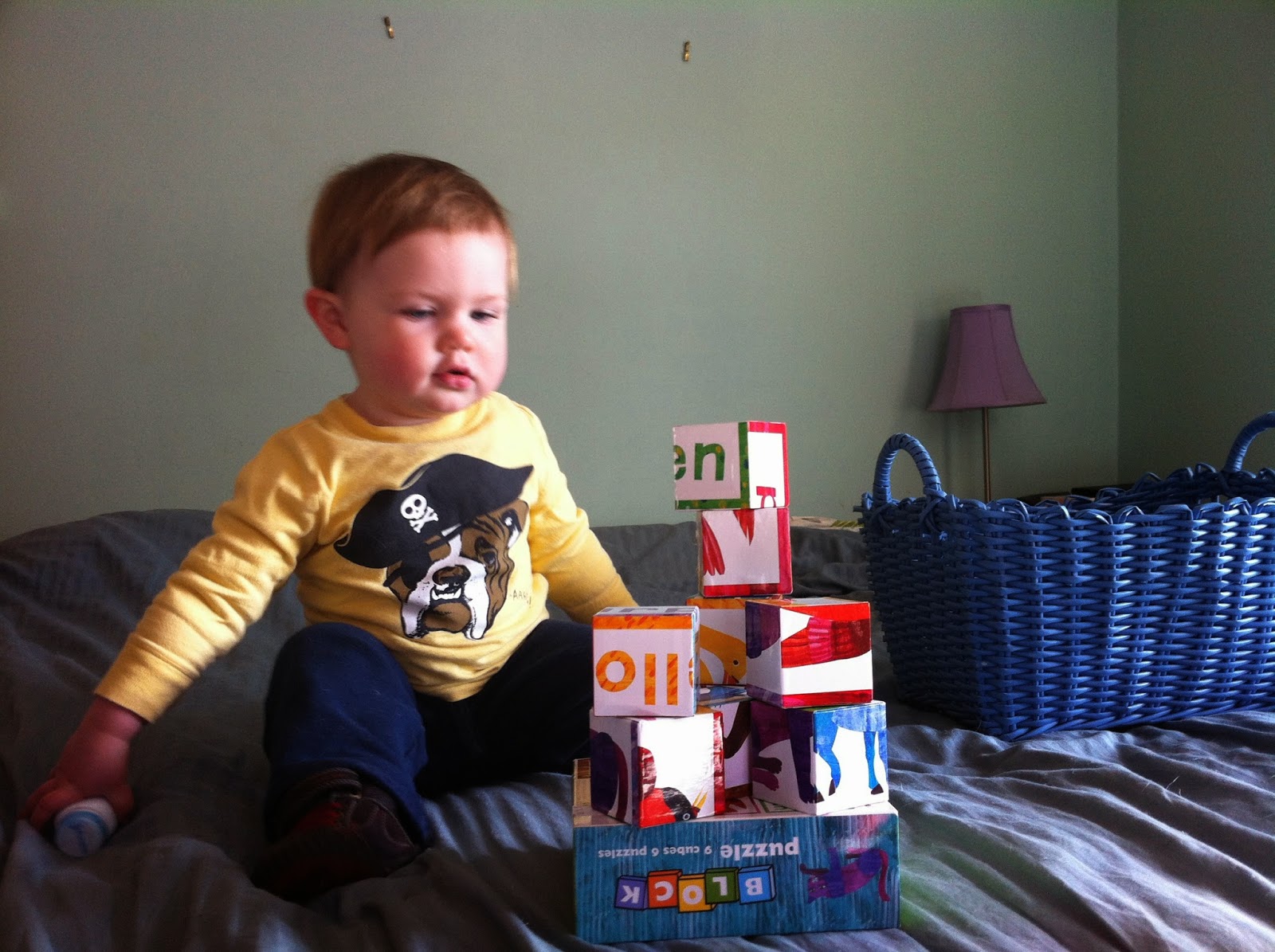 Posted by Elizabeth at 9:45 PM

Email ThisBlogThis!Share to TwitterShare to FacebookShare to Pinterest
Labels: moments by the numbers