After intending to do so since January, we finally took Owen to the Adventure Aquarium in Camden last Saturday.  (I had basically been stalling taking him because I couldn’t figure a time when he wouldn’t nap in the car, thus ruining any chance that he would take a normal nap during the day.  And I finally realized that that was rather selfish of me – but oh! that one hour of nap at noon on a Saturday and Sunday is much-needed downtime…).  Anyway, I decided to stop being a schmuck and we packed a diaper bag with diapers and goldfish (a fitting aquarium snack) and drove off. 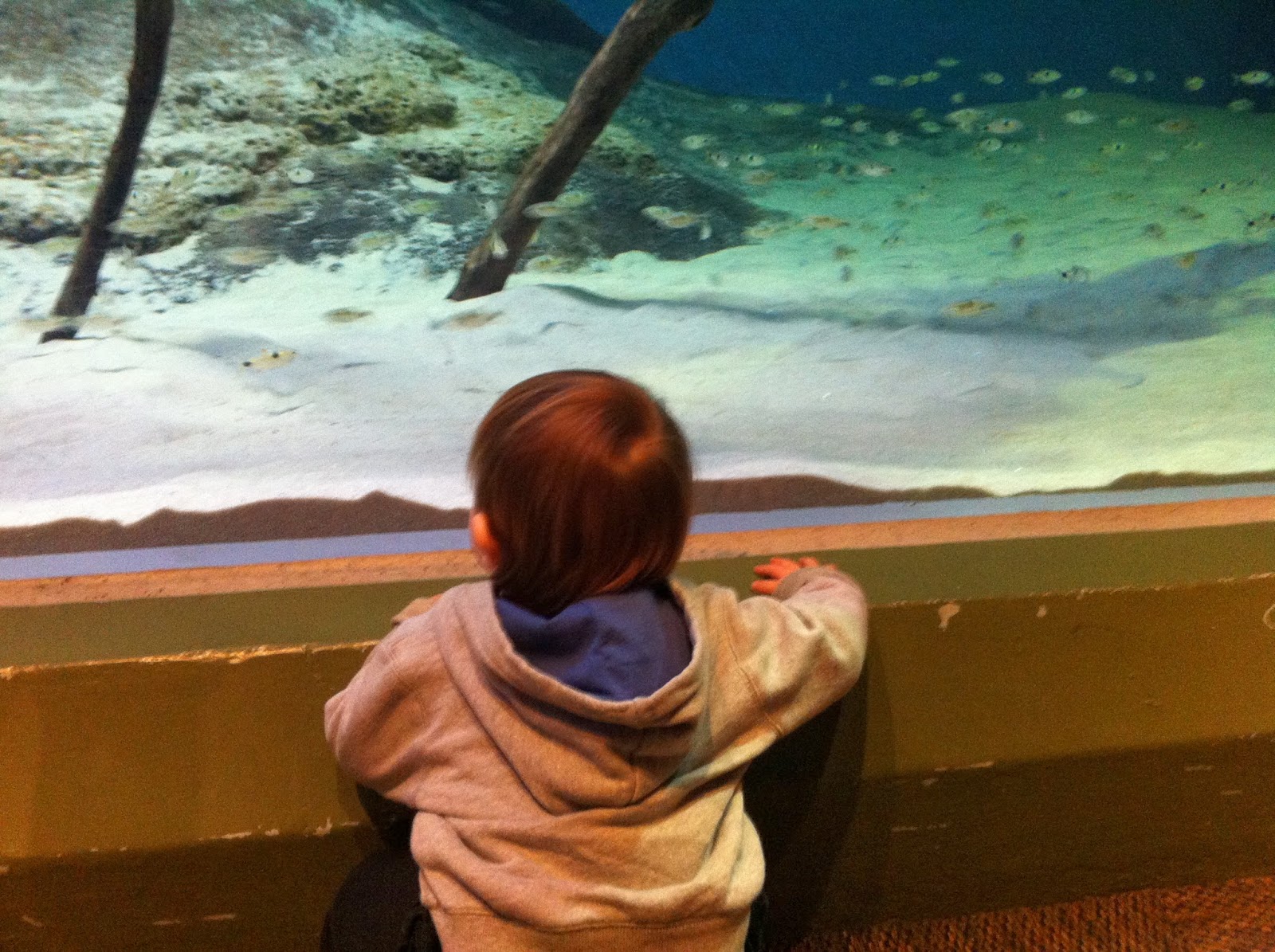 We arrived about 45 minutes later, and first had to run the gauntlet of pretzel and hotdog carts.  Sean and I snickered at the one that had a sign which said “Don’t be a meanie; buy a wienie!”  But we were both meanies and passed by.  I believe the owner of that cart also had a hotdog hat on.  Owen was very impressed with all the seagulls flying overhead, which I thought boded well for his interest in the fish inside the aquarium. 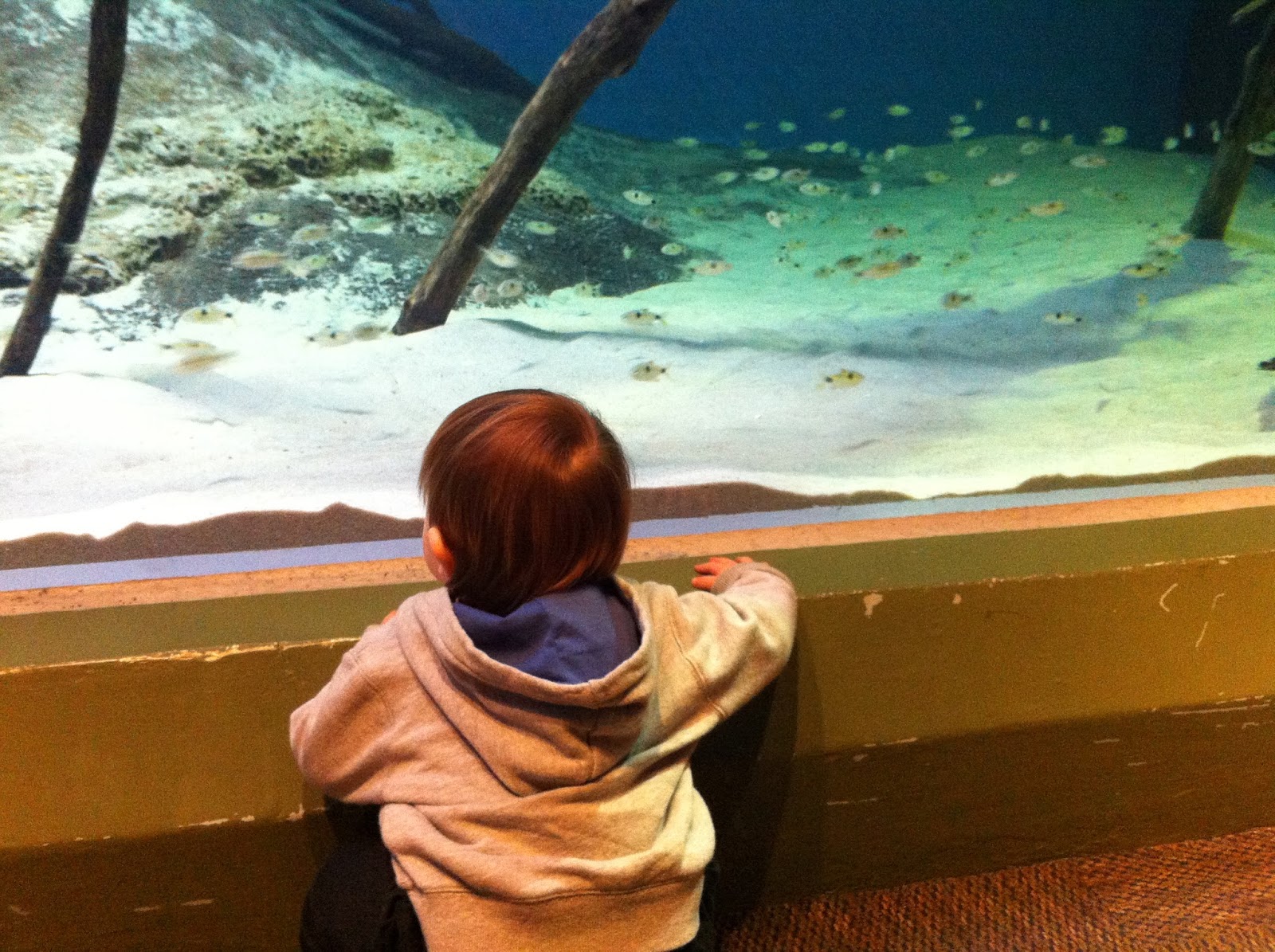 And he did like the fish, although on the whole I’d say he’ll be a bit more interested in another few months.  He was a little freaked out by the fact that most of the rooms were kept dark so as to better see the glowing tanks.  And he was also just as liable to be pleased with an interesting tile on the floor than the crocodile right in front of him, say.  I think the most fun he had was digging in the mulch with a stick on the way outside to the penguin exhibit.  He was approached there by a cute 2.5 year-old boy and they both companionably dug for a bit, although when the other boy referred to Owen as a “baby”, Owen turned around and looked behind him for the baby the boy must have been talking about.  And Sean reassured him that they were both just two men working in the dirt. 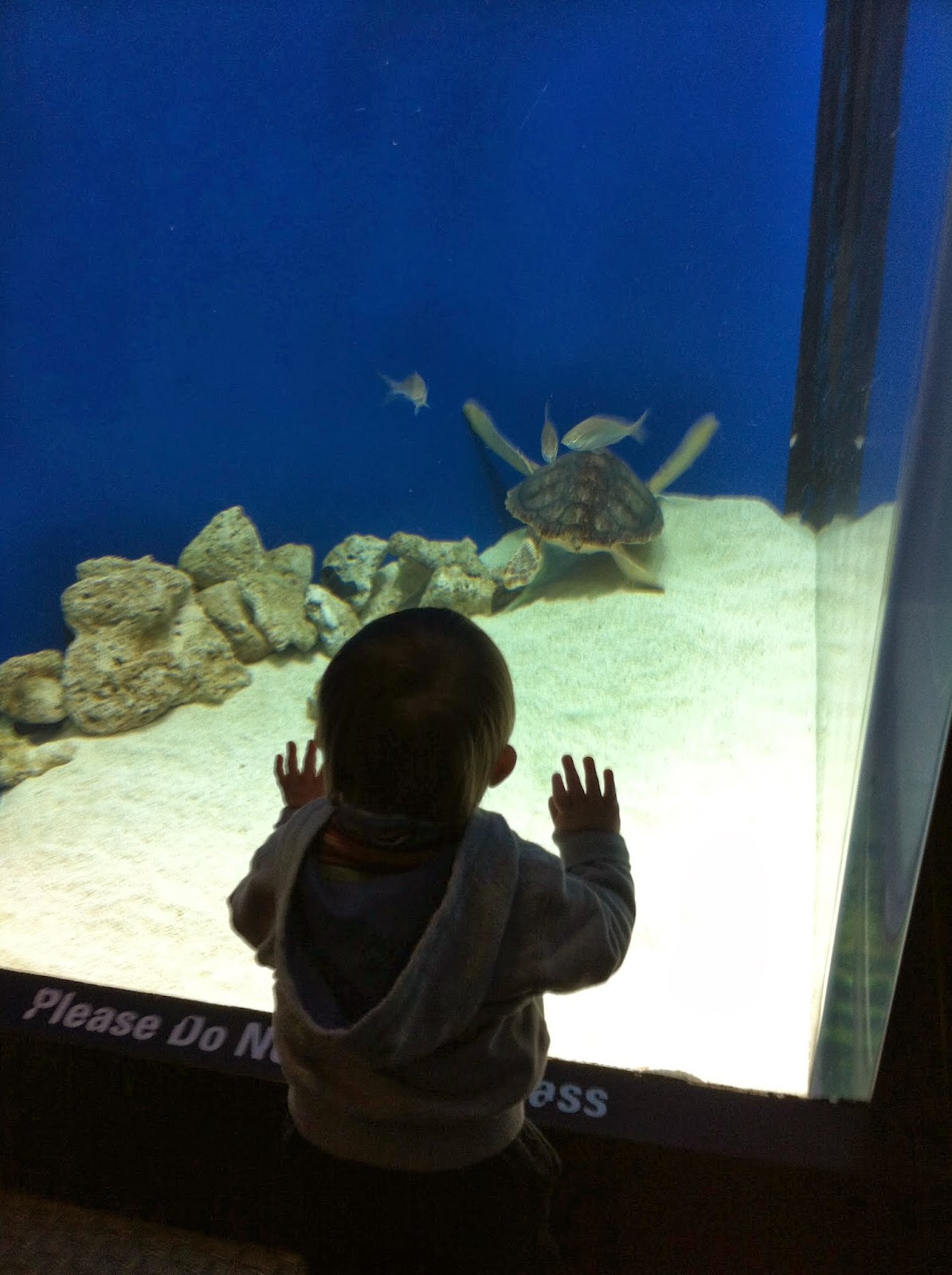 I am a big fan of aquariums in general, and the Adventure Aquarium is a good one – not perhaps as impressive as I remember the big central tank in the Boston Aquarium as being – but good nonetheless.  (I once thought it would be a good idea to take an aquarium and pie tour across America, and still plan to do this one day.  Anyone care to join me?)  I am also excited to return in a few months when they are having a special hippo exhibit, because I love me some hippos!  This aquarium had a lot of pools set up where kids can reach their hands in and touch various creatures—sting rays and starfish and the like.  I got Owen to touch one starfish, but after that he was on to me and clamped his arms tight to his sides. 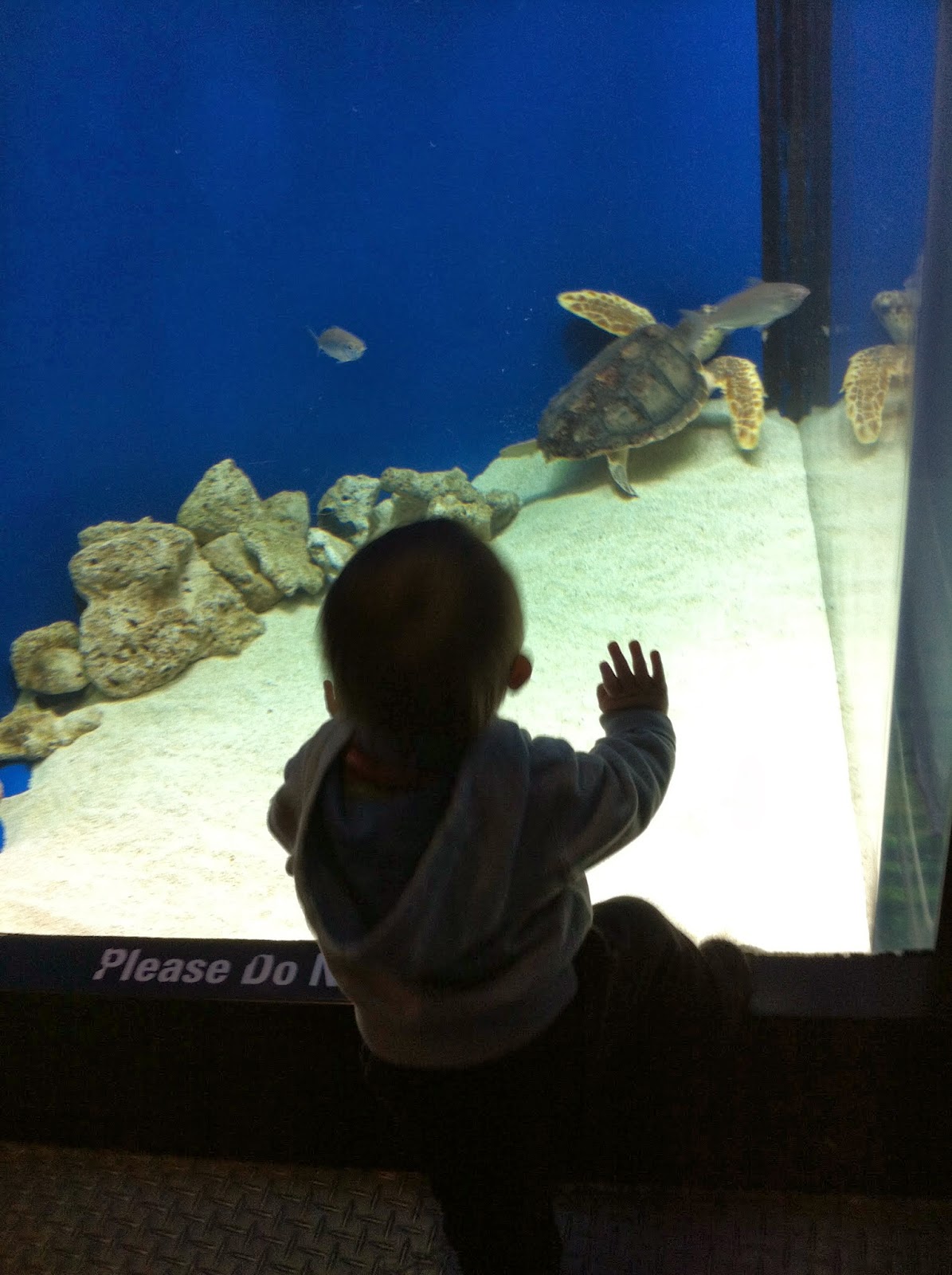 Afterwards we walked along the Delaware River and admired the views of Philadelphia across it.  And then drove home as Owen napped in the car.