About ten days ago I collected a bunch of pictures of Owen and his activities for a blog entry, and then didn't have a chance to sit down and write text.  Now, when I look at the pictures, they are all already a little old and out of date.  Bother!

First of all, although he looks quite fine in a pair of shorts, it is no longer shorts weather in Philadelphia: 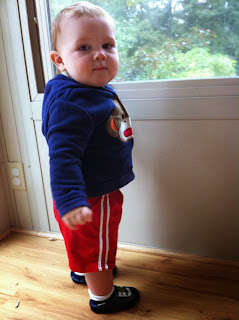 I was going to use the next two photos to illustrate how hard it was to get a picture of Owen, because he never stops moving. 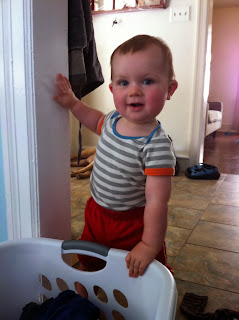 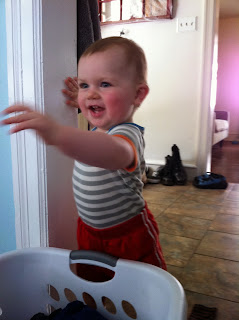 And then I was going to say that he still enjoys playing peekaboo with our drapes, although he really has outgrown the game in the last two weeks. 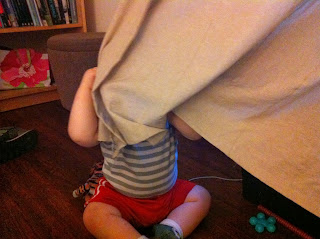 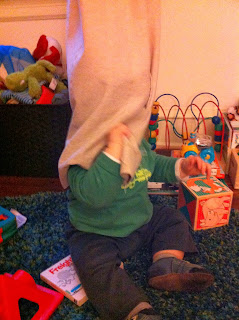 One of his favorite things to do is run the water in the tub, while sticking his hand under the faucet.  In the past two weeks, however, we've had to keep a strict eye on him while he does this, as he has gotten tall enough so that he will tip forward head first into the tub. 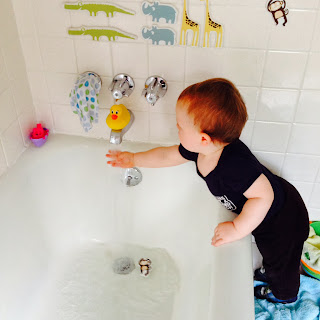 He does still love to climb a staircase, but instead of crawling up like in the picture below, he now prefers to have us hold both hands and help him walk up with just his feet touching. 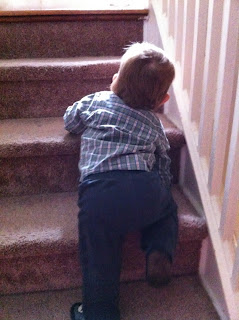 Teething is still an issue, as you can see in the picture below.  Some days there's pain and drool, and some days there are not.  Some nights the teeth don't bother him, and some nights he is up screaming.  I've learned the symptoms of teething don't necessarily line up with being able to actually see the new tooth that is causing all the pain. 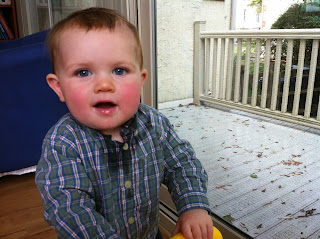 Owen loves to be outside.  In the next two pictures he is enjoying time at the park with his Aunt Susan. 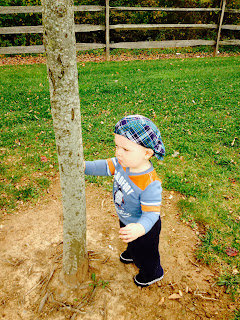 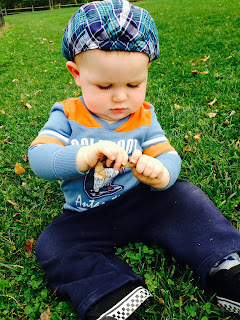 And another thing that hasn't changed in the past few weeks is Owen's love for a remote.  Here he is playing with the remote that controls our ceiling fan in the sunporch.  You'll note that he checks to see if his workmanship has resulted in the fan moving, and then laughs with glee to discover that it has indeed. 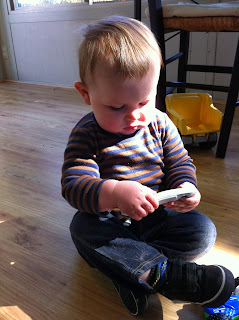 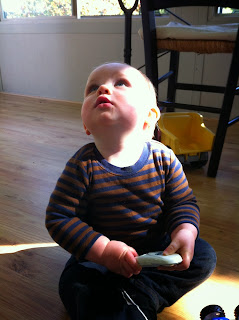 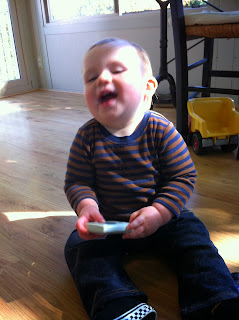 And finally, here he is looking rather solemn in the car.  He will fall asleep in the car, although of course one cannot count on it.  And lately I have found myself participating in the age-old activity of trying to make sure he does NOT fall asleep on the way home from somewhere, so as not to interfere with his upcoming nap.  I admit to very loud singing. 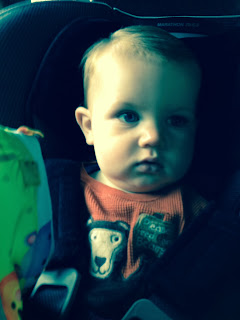 Posted by Elizabeth at 7:08 PM